Honor to start diplomatic relations with the TRNC 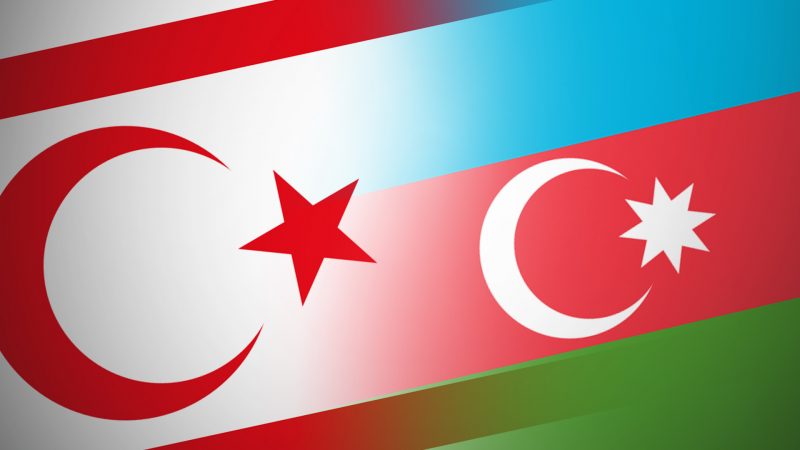 In recent weeks, very dynamic developments, or rather targeted moves, have been observed in Azerbaijan’s foreign policy. In parallel with this, official Baku is making successful and visionary maneuvers in various directions.

The Azerbaijani state is taking successful steps towards its territorial integrity and security, cooperation with the Turkish States, and becoming the energy center of the world.

First of all, I would like to talk about the dynamics in relations between Azerbaijan and the Turkish Republic of Northern Cyprus (TRNC). This issue has always been on the agenda and there are high expectations that official diplomatic relations will be established between Baku and Lefkosha (Nicosia) in both countries.

And an important step in that direction was taken last week.

Türkiye and Azerbaijan’s ruling parties, the AK Party and the New Azerbaijan Party Deputy Chairman Numan Kurtulmush and Tahir Budagov paid an official visit to the TRNC with their delegations. Kurtulmush and Budagov held a meeting with the leader of the TRNC’s ruling Party, the National Unity Party (UBP) and Prime Minister Unal Ustel.

This meeting in Lefkosha is actually not the first official contact between Azerbaijan and the Turkish Republic of Northern Cyprus. The leaders of the two countries – Ilham Aliyev and Ersin Tatar had an official meeting in Türkiye, and then this meeting of the leaders of the ruling parties shows that the foundation of relations between Baku and Lefkosha has already been laid.

In the next stage, it is expected that some steps will be taken to further these relations. These include the signing of the first protocol of intent between the foreign ministries of the two countries, the resumption of direct flights connecting Baku and Ercan, the official visit of TRNC President Ersin Tatar to Azerbaijan, and finally the opening of the Azerbaijani Embassy in Lefkosha. This process should be carried out step-by-step and resistance mechanisms should be revealed together, taking into account the risk factors that we will encounter. We have sufficient political will and power for this. All that remains is to sign.

If the signatures are signed, the people are ready. Relations between the peoples of Azerbaijan and TRNC have been going on for many years. Thousands of Azerbaijani students study in Cyprus every year. Those young people do not only receive education, they are also volunteer ambassadors of Azerbaijan. The universities in TRNC organize conferences and events related to Azerbaijani national holidays and important days.

I remember when I first set foot in the TRNC in 2010, various events and conferences were held in each of the universities here. These activities were held on the personal initiative of Azerbaijani students, the university administration and the political leadership of the TRNC also supported and willingly participated in activities related to Azerbaijan.

Now it is the duty of Azerbaijan to answer this. It is our job, our honor to start diplomatic relations with the Turkish Republic of Northern Cyprus, which is an observer member of the Organization of Turkish States, and to wave the tricolor flag of Azerbaijan in Nicosia.