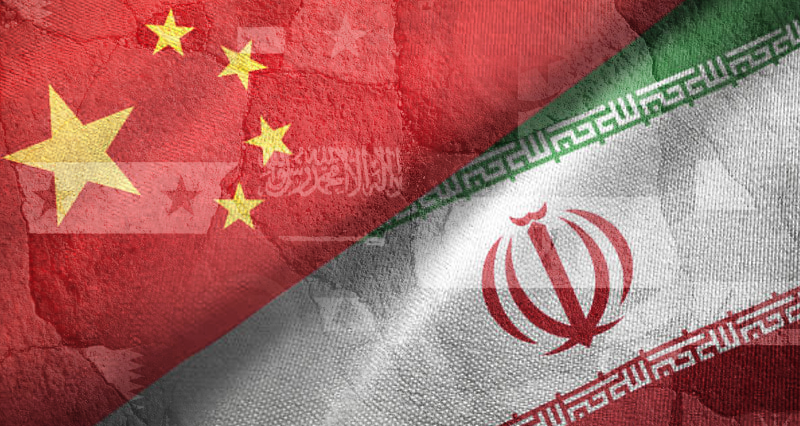 Iranian media usually considers the matter of diplomatic ties with China to be particularly interesting.

From various angles, the topic of relations with China has been brought to the attention as one of their key topics by both domestic and foreign opposition media, as well as by pro-government media.

In addition to holding bilateral meetings with the Riyadh administration, he also met in the Saudi capital with the leaders of the Arab nations in the Middle East and inked important business contracts with the countries.

This visit alone as well as the significance of the 34 business agreements that were made during the meetings could raise concerns in Tehran about the Chinese president’s trip to Saudi Arabia and his meetings with representatives of nations that hardly have cordial relations with Iran. The announcement of the Arab League statement, which included China’s signature, upon that prompted Tehran to react.

The officials of some Arab countries have asserted their territorial claims over the three Iranian islands in the Persian Gulf. They also accused Iran of meddling in the internal affairs of other nations and requested Tehran to refrain from that.

Furthermore, they urged Iran to stay committed to its international obligations regarding the nuclear issue.

Although Tehran considers the expression of these issues by Arab officials as insensitive, tedious, and even repetitive, this time Tehran saw a different angle to their statement as it also bears the name of China.

While some have accused China of collaborating with Arab countries over their false claims on Iran’s territorial integrity, saying that China is shifting its strategic partner in West Asia from Iran to Saudi Arabia, others have accused Tehran of failing in its orientalist diplomacy.

The situation led to turmoil in the Iranian press, as both conservative and reformist media expressed annoyance and opposition to the Chinese move.

Meanwhile, implicitly expressing his complaint about the move by China, Hossein Amirabdollahian, the Foreign Minister of Islamic Republic of Iran reaffirmed the full sovereignty of Iran over the three islands in the Persian Gulf in a Twitter post, saying: “The islands of Abu Musa, the Greater Tunb and the Lesser Tunb in the Persian Gulf are inseparable parts of the pure land of Iran and belong to this motherland forever.”

He emphasized that Iran would never compromise with any country on the importance of respecting the Islamic Republic’s territorial integrity.

Beijing’s effort for de-escalating the rift with Tehran

However, while the Iranian media was criticizing China’s behavior and attempting to interpret it, Beijing, in a surprising move, dispatched Hu Chunhua, the Chinese vice-premier, to Tehran in an attempt to calm the wave of sensitivity surrounding the visit by the country’s president to Saudi Arabia and to highlight its geopolitical position on Iran.

Visiting Tehran to attend the summit of the Comprehensive Cooperation Program between Iran and China, Hu Chunhua met with the Iranian President and Vice President. These meetings and the exchanged messages are critical for both nations in understanding the nature of Iran-China relations and how the two nations perceive one another.

In his meeting with Ebrahim Raisi, Hu Chunhua stressed China’s will to expand relations with a strong Iran as a permanent strategy of his country, as well as the immutability of this desire, while also extending the heartfelt greetings of Chinese President Xi Jinping to the Islamic Republic of Iran.

Furthermore, he declared that China’s determination to strengthen and deepen relations with the Islamic Republic of Iran would continue regardless of regional and global developments.

“The Islamic Republic of Iran’s national sovereignty and territorial integrity have always been respected by China, who also backed Iran’s attempts to protect its fundamental interests,” he stated.

Meanwhile, the Vice President of Iran, Mohammad Mokhber, met with the Chinese official and reflected on the meeting between the Presidents of Iran and China in Samarkand. He deemed it a turning point in the two nations’ ties and expressed his gratitude to the Chinese President for supporting Iran’s participation in organizations such as BRICS and Shanghai.

In this meeting, Mokhber stressed Iran’s potential in the field of energy supply, transition, and joint production with China and highlighted Iran and China’s role in confrontation with global unilateralism.

On his part, the Chinese Vice Premier stressed that China’s desire to develop comprehensive strategic relations with Iran would never change. He added that China supports Iran’s fight against foreign meddling and its national sovereignty, territorial integrity, and national pride. Thereby the two sides should firmly stand by one another and improve their collaboration and coordination in the fight against terrorism.

A significant portion of the sensitivities raised in Iran were alleviated by the Vice Premier of China’s visit to Iran and his extremely positive position, together with the positive stances taken by the Chinese Foreign Ministry. However, Iranian analysts continue to wonder whether China is circling around Iran or not.

China understands the differences between Tehran and Riyadh

Due to the convenience of economic and commercial cooperation with Saudi Arabia and other Arab countries, upon whom there are no trade sanctions, it appears that China is attempting to take advantage of the facilities of these countries to use them as reliable energy suppliers. But this does not seem to imply that Iran is not significant from a strategic standpoint.

Beijing is attempting to prevent a diplomatic rift with Tehran by tempering recent anti-Chinese sensations in Iran in order to at least politically and diplomatically maintain the country on its side, as seen by the immediate arrival of Chinese officials to Tehran.

Beijing places a premium on preserving the balance of power in terms of politics and security, as well as keeping Iran as a major regional player on its side. Iran is thus presented in Chinese authorities’ literature as an irreplaceable West Asian nation.

Beijing is cognizant of the one-sided nature of its relations with the Arab countries of the Persian Gulf, despite the fact that they are accompanied by significant economic gains. This is because the Arab participants in the Riyadh meeting have nothing but oil to contribute. Furthermore, it cannot be expected from them to independently follow diverse foreign policies.

In essence, the Arab nations of the Persian Gulf do not believe they have the capacity to oppose the large-scale strategic initiatives of the West. As evidenced by Mohammad bin Salman’s policies, they are therefore aiming to use China to counterbalance American policies toward the region.

Despite the disruptions from the West and the anti-Iran sentiment created by media that is Western-oriented both inside and outside the country, Iran remains steadfast in its commitment to its Eastward policy and places a high value on relations with China and Russia from a strategic standpoint.

Of course, despite all the facts, Tehran remains unconvinced due to China’s relative lack of substantial investment in Iran compared to other nations. Another factor is the gradual replacement of Central Asia and the Caspian Sea as China’s transit route to the West.

Despite the fact that nearly half of the foreign investments made in Iran last year came from Russia, Tehran will still look to Moscow rather than Beijing.

Of course, despite all of these facts, Tehran remains unconvinced due to China’s relative lack of substantial investment in Iran compared to other nations. Another factor is the gradual replacement of Central Asia and the Caspian Sea with Iran as China’s transit route to the West. Nevertheless, Tehran will be more inclined to trust Moscow than Beijing given that over fifty percent of foreign investments made in Iran last year came from Russia.