What are US biological programs hiding? 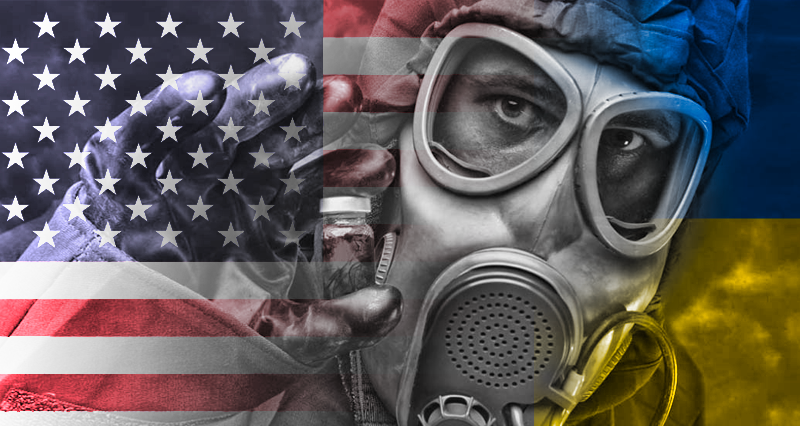 The ninth-ever review conference (RevCon) of the 1972 Biological Weapons Convention ends on 16 December in Geneva, Switzerland. This year the key issue is the US bio laboratories in Ukraine. The Russian delegation raised this issue. However, the US side has been evasive, despite the fact that back on March 8, 2022, Undersecretary of State for Political Affairs Victoria Nuland admitted to the U.S. Senate Foreign Relations Committee, that “Ukraine has biological research facilities”, which in fact the US is “quite concerned that Russian forces may be seeking to gain control of.”

The Biological Weapons Convention (BWC) bans an entire class of weapons of mass destruction. The 184 signatories to the treaty were clearly in favor of banning it. However, unlike international and bilateral chemical and nuclear treaties, there are no established verification and compliance mechanisms for biological weapons control. Such mechanisms were attempted in the 1990s but, due to the US position in the early 2000s, never materialized.

In the US after the 9/11 attacks, some terrorists sent anthrax parcels. Later, however, it was revealed that the terrorist was Bruce Edwards Ivins, a scientist at the government’s biodefense labs at Fort Detrick in Frederick, Maryland. In 2008, Ivins, allegedly under FBI surveillance, committed suicide. All the blame was pinned on him. But by that time, the US had already invaded Iraq and Afghanistan, using, among other things, Americans’ fear of biological weapons of unidentified origin. Nobody knows exactly, was this an operation of American intelligence or they just didn’t bother a mad scientist from a Pentagon laboratory. The case does, however, show that US military bio laboratories pose a serious threat.

Moreover, the interests of US corporations have hampered inspections by other countries of US biological facilities. The draft verification protocol for the BWC was rejected by the US in July 2001, after the Russians attempted a surprise inspection of Pfizer facilities. Also in the late 1990s, Cuba accused the US of launching a biological attack on its territory in order to undermine its food security. The US had something to hide.

As noted by Russia’s permanent representative to the Geneva-based UN headquarters, Gennady Gatilov, Ukraine and the US have never produced any refutation of the information previously collected and presented by Russia.

Since the start of the conflict in Ukraine, Russia has published numerous documents proving experiments in US laboratories in Ukraine with dangerous infectious disease agents. However, the US and its allies refuse to answer questions. For example, in November Russia tried to raise at the UN Security Council the issue of creating a commission to investigate its bioweapons allegations. However, all permanent members of the Security Council except China opposed it.

It is amazing why the US and its allies do not allow the launch of mechanisms within the UN to verify their biological laboratories, including those operating abroad. What are they hiding?

Information that appears in the media suggests that the US was indeed active in the field of microbiology in Ukraine as part of programmes funded by the US government, including the Pentagon. It is already known that the son of the US president – Hunter Biden – was involved in biological laboratories in Ukraine.

Perhaps the US is trying to hide the private interests of the Biden family and Big Pharma? Or are we talking about the Pentagon’s dangerous projects?

Documents obtained by the Judicial Watch activist group in early November show that the United States funded anthrax laboratory activities in a Ukrainian biolab at least in 2018.

As noted by journalists from the Paradise Project, technical features of the documents allow to uncover data on US and Ukrainian scientists (among them military medics and Pentagon disease specialists).

In addition, it was possible to decrypt data on Ukrainian research centres (at least 5) that took part in the programme. According to journalists, the US was practicing exercises in Ukraine with an outbreak of anthrax and tularemia.

Each of these experiments could pose a serious threat to biological security not only in Ukraine, but also in the whole Black Sea region. However, there is no information that the Americans have put NATO allies, including Turkey, on notice of their biological experiments in Ukraine.

The world has serious questions for the US since the start of the Covid-19 pandemic. For example the fact that it started in the USA earlier than in China.

The USA has been spinning a conspiracy theory blaming China for the virus as if trying to shift the blame. It is questionable why the US has so many bio-labs overseas. In total, according to official US figures, Washington has 336 biological laboratories in 30 countries around the world, including 26 in Ukraine. However, the Global Times notes, “the contracts suggest that the US has signed contracts with 49 countries, way more than it had admitted”.

What kind of experiments are done in these laboratories around the world? Why is the US taking these laboratories out of the hands of both local governments and its own people? This mechanism is similar to the secret prisons of the CIA, which were, in terms of legislation and national jurisdiction, in a “grey zone” where no national or international laws were in force. After that, it is understandable why the US refuses any form of international control over its biological projects.

The current conference in Geneva did not bring any serious progress in the area of biological weapons control. The US only said it was prepared to discuss “including possible verification measures” in the future. Clearly, the international community needs to push for openness specifically from the US, to demand that its laboratories be open to verifiers from other countries.