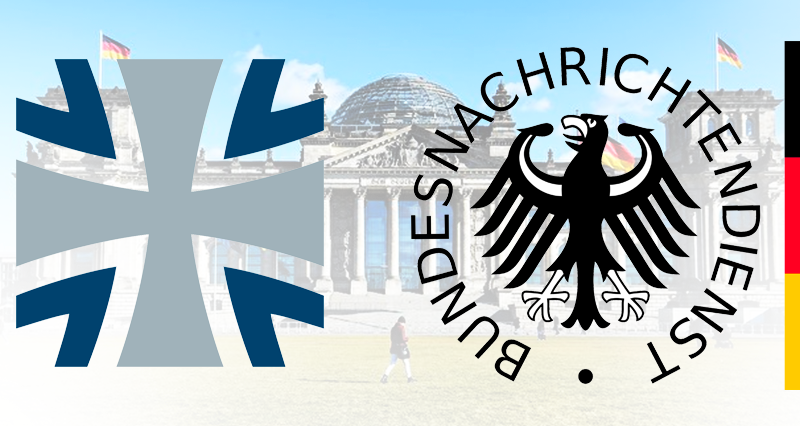 This week Germany experienced one of the largest security operations in its history. The German state and mainstream media accused the group “Reichsbürger” (Reich citizens) of plotting to seize power by attacking the Bundestag (German Federal Parliament). Chief Public Prosecutor Peter Frank has stated that the members of the group are determined and therefore the threat is tangible.

Holger Münch, head of domestic intelligence (Verfassungsschutz) and the BKA, the Federal Police, said that they “do not doubt the seriousness of the case” and that surveillance and monitoring had been carried out since last spring. According to the authorities, the Reichsbürger had formed a military wing. The need to gather evidence in order to take action against the group is given by the security services as the reason for not having carrying out the operation earlier. Holger Münich stated that the arrests would continue.

Interior Minister Nancy Faeser announced that a law would be passed to make it easier to dismiss judges, civil servants and bureaucrats. Faeser has been advocating for this law since she took office. Thomas Haldenwang, the head of Domestic Intelligence, has also called for stricter security controls for recruits to the security services of the federal and state governments from now on.

In the operation, 150 simultaneous raids were carried out with the participation of 3000 police officers in Austria and Italy along with 11 German federal states. It was stated that 25 people were arrested. Those arrested are being charged to be a member of a terrorist organization and aiming to overthrow the constitutional order.

Reichsbürger is not a new group. They claim that Germany in its current form, established in 1949 and with its constitution drawn up during the occupation period, is illegal and illegitimate. They do not recognize the laws and authority of the state. For this reason Reichsbürger thinks that they have the right to take up arms and resist the police.

One would expect the persons alleged to pose a “tangible and real” coup threat to have big weapons depots. The number of firearms found in one of the largest operations in German history is striking: 3.

And how many generals, active officers, divisions and army units did the “putschists” have? 0! The authorities attribute the danger to the sporadic presence of individuals within the community of the Reichsbürger who once had military or police training.

What is interesting is that the case is not portrayed as a mere terrorist threat. The German media are propagandizing as if the very existence of the state and democracy had been heroically saved at the last minute. There is still no answer as to how a group from Reichsbürger could seize power by storming the Bundestag.

How can we make sense of all this, since it is clear that Germany did not prevent a coup “close shave”? One of the most prominent voices of the German anti-American right in Germany, Jürgen Elsasser’s assessment is very illuminating in my opinion. Elsasser identified the government’s Atlanticist Russia policy, which has proved disastrous for Germany, as the main reason behind the operation. In the coming months, Germany is likely to face major crises with power cuts, energy shortages, a deep economic depression and millions of refugee Ukrainians. According to Elsasser, the most tangible motive for the operation is the intimidation and discrediting of the cadres who would organize and lead a popular movement under these conditions. I think these observations are spot on.

Reichsbürger is artificially equated with the AfD, discrediting the only party that actually opposes the government’s Atlanticist policies. The aim is to direct criticism against the AfD and not against the system.

In recent years, we observe that Germany’s security organization has been completely rebuilt. The old cadres of the security services have been purged on the grounds that they were “right-wing”, “racist”, “Nazi” and replaced with people more in line with the globalist/Atlanticist program. This was accompanied by a radical ideological transformation and pressure. “Germany has a huge racism problem” is the very own propaganda of the system. The outrage over racism/rightism/Nazism forms the basis for transformation both in terms of ideology and personnel within the state.

The purged “racists/right-wingers” include, for example, Gerhard Schindler (2016), Head of Foreign Intelligence (BND) and Hans Georg Maaßen (2018), Head of Verfassungsschutz. In recent years, thousands of personnel have been purged from the military intelligence organization MAD on the grounds that they were right-wing. Some units of the army and police have been restructured to purge “racists” and the most elite commando units have been dissolved.

Maybe the old cadres were not “Eurasianists”, but they were not the ones who had surrendered to the US. Maaßen, the head of Verfassungsschutz, for example, severely criticized Germany’s stance in the Nord Stream pipe sabotage and blamed the US. Former Chief of the General Staff Harald Kujat also criticized Germany’s Russia policy. The old cadres represent the thought and analysis that focuses on the German state’s strategic national interests.

In the Ukraine war and the energy crisis, many people are asking, “What is the raison d’état of Germany”. The answer is here: Those who represent raison d’état have been purged and are being intimidated.

We cannot comprehend the last operation and what is going on in Germany based on the propaganda that “In Germany racism is increasing”. Only when we realize that “anti-racism” is the propaganda of the globalists, do we have a chance to make sense of what is going on. The December 7 operation is the latest attempt to intensify the Atlanticist hegemony within the state and to delegitimize the only anti-American political opposition, the AfD, in the eyes of the masses. And obviously it will not be the last one.