Municipal elections in Taiwan: Big defeat for US policy in the region 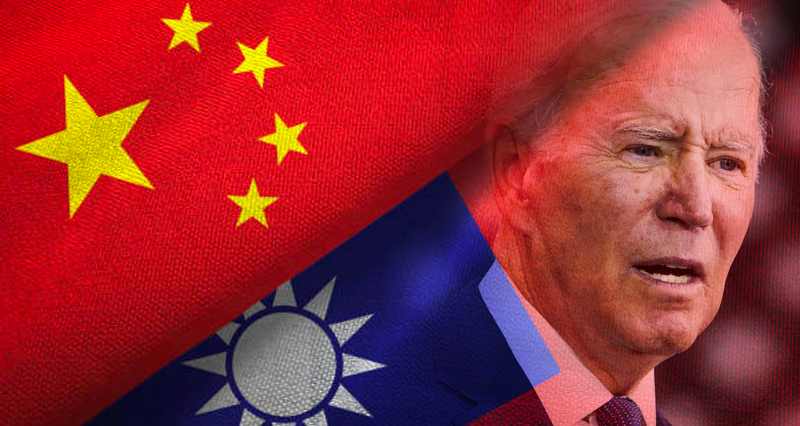 The recently concluded 20th Congress of the Communist Party of China (CPC) persisted in the guideline of peaceful reunification of the country under the idea of sustaining two political systems for a period of time. Under the one-China principle, the CPC has set out to promote “broad and in-depth consultations with all parties, circles, and personalities from various social strata in Taiwan on bilateral relations and the reunification of the motherland with a perspective of jointly promoting the peaceful development of these relations and the process of peaceful reunification of the homeland”, according to the report presented to Congress by General Secretary Xi Jinping.

Notwithstanding that, the document accurately states that the conflict must be resolved internally based on the decision made by the Chinese people. Therefore, although the prospect of peaceful reunification will persist, China will never agree to give up the use of weapons and will reserve the option of taking all necessary measures. The report specifies that this decision is not directed against the Taiwanese but against “the interference of external forces, as well as against a tiny minority of secessionists supporters of ‘Taiwan independence’ and their secessionist activities”.

Almost exactly one month after uttering these words, Xi Jinping met his US counterpart Joe Biden in Bali, Indonesia. On that occasion, the Chinese president told his American colleague that the Taiwan issue is at the very core of China’s interests and the political basis of the China-US relations. He added “It constitutes the first red line not to be crossed in Sino-American ties.”

These facts seemingly have been fundamental factors  – but not the only ones – behind the decision of the Taiwanese people to deal a resounding defeat to the ruling Democratic Progressive Party (PDP) in the municipal elections last Sunday, November 27.

Other factors also played a role in the election results. Although it seems paradoxical, the controversial visit in August of the former speaker of the United States House of Representatives, Nancy Pelosi and the war in Ukraine played against the ruling party. The Taiwanese people, acting with prudence and pragmatism, observed on the one hand the repercussions of Pelosi’s visit and the gigantic military exercise carried out by China that effectively blocked the island by sea and air. On the other hand, the war in Ukraine has shown the consequences that a large-scale war could have, as is to be expected if Taiwan were to seek independence. As the Spanish analyst Xulio Ríos points out, the Taiwanese have not known war for more than seventy years and the prospect of a conflict is not something they would like for their future.

The PDP, founded in 1986, has been the main promoter of ideas of Taiwan’s “independence” from China. It first came to power at the turn of the century to govern from 2000-2004, winning elections again in 2016 led by the current “president” Tsai Ing-Wen. Tsai has followed a much more aggressive policy towards China, raising an inflexible “independence” proposal.

For its part, the Kuomintang party that emerged as a bearer of progressive ideas during the monarchy and as a great promoter of the republic under the leadership of Sun Yat-sen, had a momentous shift to the right after the assumption of its top leadership by Chiang Kai-shek in 1926. After the end of the civil war that ended with the victory of the CPC in 1949, which in turn led to the creation of the People’s Republic of China, Chiang and the Kuomintang took refuge in Taiwan under the protection of the United States. The U.S. since then has supported their government, even granting them the corresponding seat for China in the UN and in the Security Council until 1971.

The creation of the PDP in 1986 put an end – the following year – to the one-party regime led by the Kuomintang, which nevertheless remained in power uninterruptedly until 2000. However, in recent years it maintained a rapprochement with the People’s Republic of China and the CPC under the policy of three rejections: no independence, no unification and no use of force. This conduct made it possible to build a sort of truce, based on non-aggression and progress in the development of mutually advantageous cooperation that even led President Xi Jinping to meet in November 2015 in Singapore with Ma Ying-yeou, top ruler of Taiwan and leader of the Kuomintang at the time.

But the arrival of the PDP to power in 2016 under the leadership of Tsai meant a reversal of everything that had been achieved, also creating conditions for an increase in tensions in the South China Sea, around Taiwan and the entire region. This policy, supported by the United States in order to justify its interventionist presence in the region, has turned the region into the becoming considered the most dangerous area on the planet, second only in recent times to Ukraine, since in recent years there have been deployed a variety of nuclear weapons, especially in warships and airplanes.

This decision by Washington, advanced by both the Democratic and Republican administrations, has reached paroxysmal levels since the coming to power of Joe Biden, who has ordered increased challenges to Beijing through a greater military presence of the US Navy in the seas around China and interventionist actions. These steps violate bilateral agreements between the U.S. and China in regard to the “one China” principle. All of this in order to provoke tensions that will maintain the conflict and guarantee the United States an increase in arms sales to the region and particularly to Taiwan. The government of the PDP and Tsai Ing-wen has been a loyal ally of the United States in meeting these goals.

Some analysts state that the municipal elections are not influenced too much by the way in which the relationship with China is managed. They are still a mechanism by which citizens evaluate local management in terms of efficiency, corruption and good use of resources. But the truth is that these results have an ascendant throughout Taiwan because they are considered a thermometer for the 2024 general elections. Besides, the context provides them with regional and global influence.

The Pan Blue alliance formed by the Kuomintang, together with the People First Party and the New Party managed to obtain victory in 16 of the 21 districts and in 9 of the 15 largest cities in the territory, including the Capital Taipei, which configures an overwhelming defeat for the PDP.

The electoral results must be interpreted not only as a disaster for the PDP and the “independence” ideas in Taiwan, but also as a failure of the United States Democratic Party, Joe Biden and Nancy Pelosi herself, even if she no longer has a greater influence in the politics of his country. In this sense, Washington must take note of what happened, being forced to rethink some elements of its policy towards China, especially in relation to Taiwan.

On the other hand, these elections could mark a turning point in the relationship between China and Taiwan, reopening an era of bilateral dialogue and peaceful coexistence, establishing mutually advantageous cooperation mechanisms for both sides of the Taiwan Strait.