Israel-Lebanon agreement and restructuring in the Eastern Mediterranean 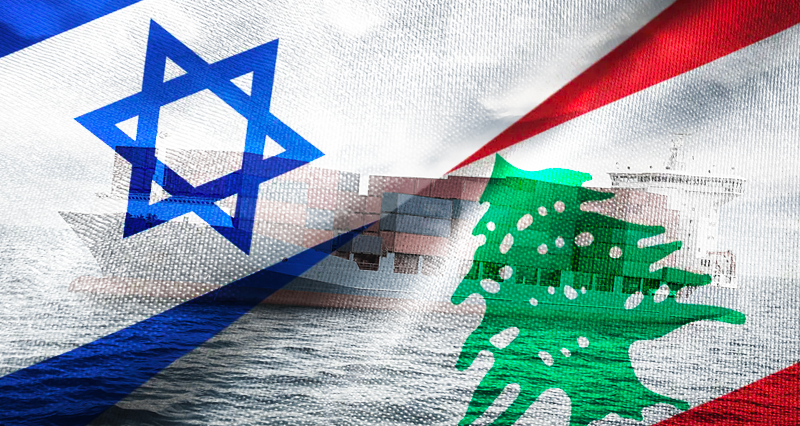 For example, after Israel completed the exploration and extraction of gas in the Karish field, political relations between Lebanon and Israel were positively affected by the certainty that there was gas in the region.

In fact, although there has been no conflict between Lebanon and Israel for years, a ceasefire agreement has not been signed yet. Although the two countries are still technically at war, talks on the designation of adjacent maritime jurisdiction areas have continued, albeit intermittently.

The confirmation of the existence of rich hydrocarbon deposits in the Qana and Karish fields, off the southern coast of Lebanon and the northern coast of Israel, and Israel’s physical extraction of natural gas from the Qarish region, have eased tensions between the two countries.

In particular, Lebanon’s years of political and economic crisis have triggered the idea of better relations with Israel.

Although it has no de facto right on the hydrocarbon deposits in the Eastern Mediterranean, the United States, which wants to use it as leverage against rival countries, did not miss the opportunity and entered the dispute between Lebanon and Israel as a mediator in 2020. With the de facto participation of the United Kingdom and France, the parties agreed on 11 October 2022. (The fact that Hezbollah, which has a say in Lebanese politics and people’s lives, is also warm to this issue has positively affected this agreement.)

Let’s come to Türkiye; Türkiye’s insistence on the Exclusive Economic Zone determined according to the 1958 and 1960 World Law of the Sea Conferences marked the beginning of a new construction in the Eastern Mediterranean. This development was accelerated by the war in Ukraine and the crisis in Iran.

The fact that the European Union began to struggle with economic and political problems and was dragged to the brink of relegation in the global league weakened the regional power of Greece and the Greek Cypriot Administration. Their alliances with Israel, Egypt, Jordan and Lebanon to strengthen their presence and demands in the Eastern Mediterranean have lost their importance.

The Greek Cypriot Administration had unilaterally declared its EEZ zone and insidiously prepared the Seville map. But the U.S. and the EU have rejected the EEZ and declared the map as invalid. This pushed both Greece and the Greek Cypriot Administration out of the developments in the Eastern Mediterranean and broke their power in the international arena.

Türkiye’s continental shelf agreement with Libya and the steps it has taken for the normalization of relations with Israel and Egypt have begun to reveal Türkiye’s superiority in the new construction that has started in the Eastern Mediterranean.

This new development began to affect the borders of the exclusive economic zones of the littoral countries in the region and the way of shipment of natural gas to be extracted.

Israel is planning to send the natural gas it has started to extract in the Eastern Mediterranean to the European continent through Türkiye. The Greek Cypriot Administration is aware that – if it succeeds in extracting natural gas that it can export one day – because it is alone and without alternatives in the region, it has to send it through Türkiye.

For this reason, GCA started to look for ways to establish relations with Türkiye. For now, GCA is trying to extract concessions from Türkiye with threats, but it knows very well that at the end of the day it will have to make concessions himself.

It is certain that the Exclusive Economic Zone border agreement signed by Israel and Lebanon will pave the way for Türkiye and the TRNC to conclude Exclusive Economic Zone border agreements with their economic zone neighbors Syria, Lebanon and Israel in the future. And that the Greek Cypriot Administration will eventually have to reach an agreement with the TRNC and recognize the TRNC, albeit under certain conditions.