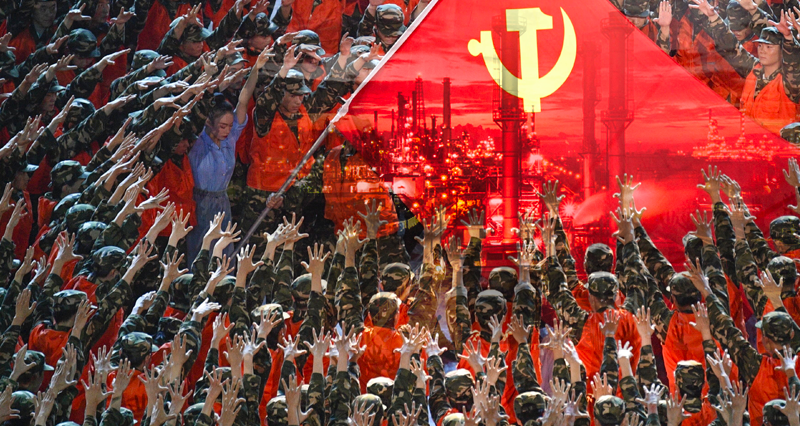 Delving into some of the documents of the XX Congress of the Communist Party of China (CPC), into its conclusions and repercussions, it is possible to discover aspects that are quite unknown or little disclosed in our countries. I am going to expose four of them that seem substantial to understand the logic of this event and try to unravel where the Asian giant is going. These are:

1. Scientific orientation as the axis of the new leadership of the CPC

To exercise its leadership, the XX. CPC Congress has elected a greater number of leaders from the scientific and technological area. This priority has not only been confirmed in the Political Bureau, but also in the Central Committee (CC). In this sense, at least six new members of the Political Bureau have qualifications in the fields of science and technology. Two of them from the Chinese space program and two environmental experts stand out. Another comes from the defense industry and one from the sector of public health. Four members have studied in areas such as nuclear safety and environmental sciences abroad, in countries such as France, Great Britain, the United States and Russia. One of them is an alumnus of the executive program of Harvard.

Something similar occurs in the Central Committee of the organization of the Chinese communists. Among the 205 elected members, there are 29 from the Chinese academies of science and engineering. In addition, 98.9% of the members of that body have at least a postgraduate degree in various scientific areas.

Similarly, there are a greater number of high-ranking military members of the new CC who have a background in the fields of science and technology, including 5 who initially developed in the military scientific field, one of the main designers of combat aircraft for the Chinese armed forces, the People’s Liberation Army (PLA).

As the country faces increasing restrictions from the United States, including bans on advanced chip technologies, General Secretary Xi Jinping has vowed to boost Chinese scientific and technological research and achieve “self-sufficiency” for the technology, which has manifested itself in the new composition of the highest levels of the party.

2. Presentation of a new modernization model

The new modernization model presented at the XX. CPC Congress radically differs from the Western model, fundamentally because it is centered on citizens, not on capital. Likewise, in accordance with the traditional Chinese philosophy that is based on the search for balance and harmony, the CPC has proposed building a pattern of “common prosperity” instead of a society polarized between rich and poor. In this sense, the CPC has planned to interweave material and spiritual development, countering the Western vision that demands happiness from high levels of consumption, waste, and ostentation.

At the international level, the Chinese model is oriented towards a peaceful development that manifests total opposition to the exploitation and looting of other peoples through war. Likewise, clear short, medium and long-term goals have been set to establish harmony between development and the improvement of citizens’ living conditions, flatly refusing to take measures that exacerbate the ecological crisis that has endangered life in the planet.

To meet these objectives, China has created a novel comprehensive, institutional and organizational structure based on its own experience to create an indigenous model of development that the West does not know or understand. However, for those countries that want to familiarize themselves with the Chinese model and exchange experiences on it, a global platform has been instituted that fosters communication between nations in order to overcome the disconnect of theories and practices between the West and China.

3. Making amendments to the CPC Constitution to respond to the new global situation

The XX. National Congress of the Communist Party of China adopted a resolution to amend the Party Constitution in order to bring the organization up to the level of the theoretical and practical innovations of recent years. This decision aims to improve the normative and guiding role of the Party Constitution.

The amendments aim to incorporate the theoretical development of Xi Jinping’s Thought on Socialism with Chinese Characteristics for a New Era, which manifests itself in the correct combination of the basic principles of Marxism with the specific reality of China and its important traditional culture. In the same way, these innovations in the governing document for the operation of the CPC are intended to achieve the goals that were outlined when commemorating the centenary of the founding of the party in 2021 and the construction of a modern and powerful socialist country by 2050.

All this is based on the main achievements and the historical experience of the Party’s struggle with the goal of achieving an improvement in its structure, relying on a complete and strict operation supported by the founding spirit that establishes being loyal to the party and never abandoning the people.

Assuming that the CPC exercises political leadership in society, the amendments to the Constitution are aimed at strengthening the basic principles of the socialist economic system, that is, public ownership as the pillar of the economy; the development of other forms of property generated jointly by all social classes and distribution according to work as the backbone of a model in which various forms of distribution coexist within the framework of a socialist market economic system.

Other areas to be strengthened are related to the continuous development of the defense of China and its military, the construction of a United Front that comprehensively, accurately and unswervingly implements the policy of “one country, two systems” and resolutely opposes “Taiwan’s independence”. In the same way, it is projected that diplomacy shall be based on common values of peace, development, equity, justice, democracy and freedom for the entire humanity.

From the internal point of view, basic conditions have been established so that party cadres and leaders at all levels do not accept privileges, perks and benefits that are not in keeping with the general development of society and the people’s living conditions. Of vital importance is the strengthening of the base organizations of the party, structuring and formalizing their internal functioning, as well as the advance towards the normalization and institutionalization of the study and education of the history of the organization.

4. Reducing the income gap in order to move towards joint prosperity

Although China had launched a plan to reduce the country’s wealth gap before the Congress, the great event has given a strong impetus to this initiative on the basis of measuring progress under the idea of building “joint prosperity”.

In this sense, after having defeated extreme poverty in 2020, the government has now proposed to develop an intense offensive aimed at reducing inequality and creating a more egalitarian society, for which it established a series of specific objectives, including a more equitable relationship income between city dwellers and rural residents and a further acceleration in the process of expansion of the middle class by 2035.

To meet this objective, the plan has set itself the goal of increasing spending on research and development in local governments, aimed at increasing local economic production with a view to generating a high-quality development model from the bottom up. The ultimate goal is to build a modern socialist country in all aspects. In this area, the XX Congress emphasized the need to close the wealth gap in order to “gradually achieve common prosperity for all”.

This approach generated a large amount of debate before and during the Congress and even now after its conclusion. Discussion has revolved around what approach would be taken to achieve the goal of “common prosperity” and how the government would assess progress after President Xi Jinping announced stricter supervision of how wealth is accumulated in the country.

At this time, the per capita income of urban residents was almost 2.57 times that of rural residents during the first three quarters of the year, according to data from the National Statistics Office. The Chinese government has set a goal of narrowing this gap to around 2 times nationally.

About 35% of China’s population was classified as middle income in 2021 according to data from the State Information Center, a public institution directly affiliated with the National Development and Reform Commission (NDRC). This index is much lower than the 70% registered in various European countries such as France, Germany and Norway, as well as Canada, and also lower than that of the United States, which is 55.9%.

China must overcome this deficit if it wants to move towards “joint prosperity.” For this purpose, it is necessary to eliminate bureaucratic institutional restrictions for the rural population in order to increase the middle-income group and with it, common prosperity. Likewise, the authorities should take measures to stimulate the integration of urban and rural economies while deepening the reform of rural cooperative organizations to promote agricultural development. Similarly, governments at all levels will need to attract more foreign investment to local and regional ventures, as well as undergo a transformation of investment approval procedures to improve the local business environment.

On the other hand, from a different perspective of the fight for “joint prosperity”, it is valid to highlight the participation of big business in favor of achieving the proposed goals. Some government decisions on the one hand and the nationalist spirit (unlike the West) of Chinese businessmen, on the other, have led, for example, the founders of three of China’s technology giants each handed over more than $2 billion in 2021 for development – in a collective response to the nation’s call for common prosperity that pushed giving to a record high, according to the Hurun China Philanthropy List 2022.

The list registered 49 benefactors, each of whom donated the equivalent of $14 million from April 2021 to the end of August, bringing total donations to a record $10 billion – the highest in 19 years.

China’s top 10 philanthropists on the Hurun rich list, donated 6.3% of their total wealth, or about $8.7 billion, responding to President Xi Jinping’s call for the country’s “joint prosperity.”

In this sense, “joint prosperity” is an aspirational concept aimed at bridging the gap between China’s ultra-rich and the rural poor under the concept that wealth should be shared by all, both in material and cultural terms, not It is not about prosperity for a few nor about equal distribution. It is a long-term objective that must be advanced step by step, according to the rhythm, interests and needs of China.

Thus, this year there was a decrease of 11% compared to the previous one (the highest registered in 24 years) in the number of billionaires in China. In addition, its global wealth also fell by 18% impacted by government wealth control policies and by the strict zero Covid19 policy applied by the government, which emphasized the health of citizens even though it strongly impacted production, sales and the supply chains.