Türkiye and Egypt: How to advance further? 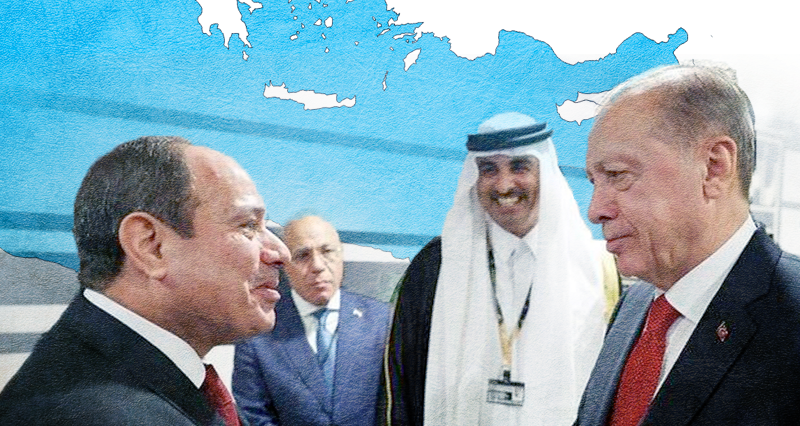 And they posed for a photo.

After 9 years of crises, President Erdoğan and his Egyptian counterpart al-Sisi met in Qatar.

There are claims that it was not just a photo, but also a short meeting.

Qatar is reportedly the mediator.

There has been a lot of ebb and flow between Türkiye and Egypt in the recent period. First, messages were conveyed through different channels. The parties weighed each other up.

Türkiye then took concrete steps on the issue of the Muslim Brotherhood (al-ikhwan al-musliman) and restricted their activities within Türkiye.

Shortly afterwards, the delegations of the two countries met in a format open to the press.

After the second meeting, both sides remained silent for a while. And after a while, Egypt announced that the talks were terminated due to the Libyan issue.

A few weeks later, Erdogan and al-Sisi posed for the famous photo along with Sheikh Temim, the Emir of Qatar.

We are now in a new, positive, yet fragile process.

As a person who has been working to restore Turkish-Egyptian relations, I can say the following without further ado:

Phone calls from Cairo tell us that a nice breeze is blowing from one side of the Mediterranean to the other.

Let’s hope that the mistakes that will cause storms will not be repeated.