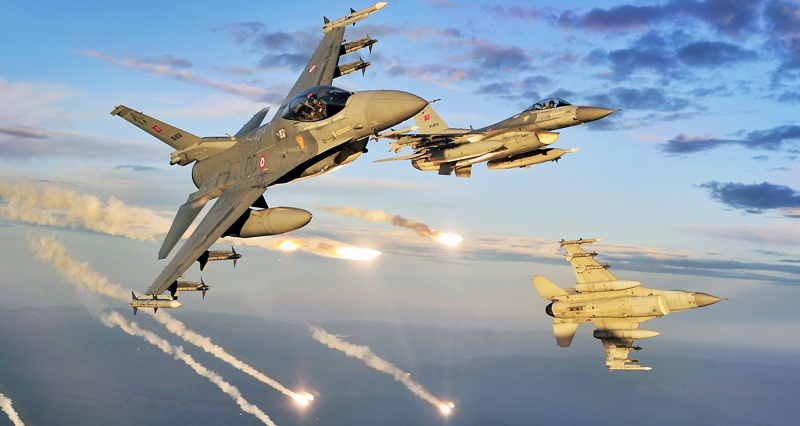 United World International author Mehmet Perinçek gave an interview to the Russian RIA Novosti news agency about the air operation of the Turkish Armed Forces in northern Syria and Iraq. We present the interview, published in Russian, to our readers translated into English.

The air operation of the Turkish Armed Forces in northern Syria and Iraq was directed not only against the Kurdistan Workers’ Party (PKK) banned in Türkiye, but also against Washington, Turkish historian Mehmet Perinçek told RIA Novosti.

Earlier, the Turkish Defence Ministry announced the destruction of 89 targets during an air operation in northern Syria and Iraq. Ankara on Sunday conducted an air operation against the Syrian wing of the banned Kurdistan Workers’ Party (PKK) in northern Syria – strikes were reported on the city of Kobani, as well as in northern Iraq. Turkish President Tayyip Erdoğan called the air force operation a success and did not rule out that a ground one would follow it. Turkish Defence Minister Hulusi Akar on Tuesday night announced the elimination of 184 militants in two days of the Claw-Sword operation in Syria and Iraq.

The historian stressed that the United States equips the PKK with weapons and provides financial support to it.

“The United States feels uncomfortable due to this operation of Türkiye and warned the PKK/PYD about it in advance. Because the US is on the same side as the PKK/PYD, meanwhile Türkiye, Russia, Iran and Syria are together on the opposing side. There is only one way to solve the Syrian problem: Ensuring its territorial integrity. Türkiye, Russia and Damascus should cooperate on this issue and clean up elements that violate the territorial integrity of Syria. The operation of the Turkish army is also aimed at achieving this goal. It is aimed at ensuring the territorial integrity of Syria and coincides with the interests of Syria and Moscow. At this stage, this air operation should be supported by a ground operation, and PKK-PYD forces should be pushed out. America should be excluded from the region. Of course, if there is a ground operation by Türkiye, it must be coordinated with Damascus and Russia,” the historian stressed.