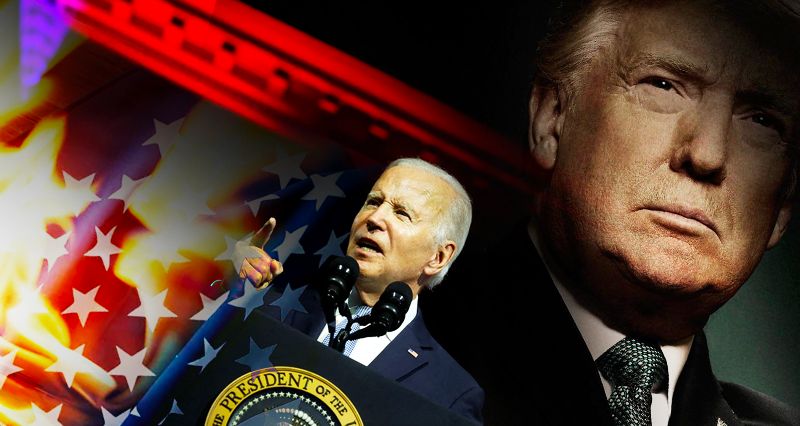 As a result of the midterm elections for US Congress, the Democrats kept the majority in the Senate with a single vote, while the Republicans have won the majority in the House of Representatives. Biden is now expected to face a heavy opposition when issuing any executive order. The Civil War-alike division within the American society is deepening even further.

The United States has gone through the midterm elections, which were arguably even more important than the presidential elections. The election results have been mostly announced, but there are still some local results that are being disputed. It should also be noted that the media supporting Biden, especially the major actors such as the New York Times and the Washington Post, have not been able to announce a Democrat-Biden victory from these election results. Instead, they are trying to cover up the failure of the Democrats by pointing out that there is no “landslide red victory”, which the Republicans have been expecting. Especially efforts to take an advantage of this opportunity to wear down the former US President Trump are the most obvious media reaction to these election results.

In fact, it is debatable whether the Biden administration, which can barely survive in both chambers of the US Congress, can even maintain a solid administration. That is because presidential executive orders can only be pass with the vote of the Vice President Harris in the Senate, while a Republican opposition can be easily expected in every bill in the House of Representatives. We will soon see how the policies can be adopted in such a narrow movement area, right after these midterm elections.

Rushing For A 400 Million Dollars Aid To Ukraine

Perhaps for this exact reason, the Biden administration rushed a new 400 million USD worth of military aid to Ukraine on November 11th, right before the election results were even announced. This is because it may be difficult to pass such aid bills from the elected Congress, due to heated debates on economy and inflation throughout the election process. They could be able to distract Ukraine away from Russia with this help, at least for some time.

One point that almost all political experts agree on, is that the US Supreme Court decision to ban on abortion a few months ago, has become “lifeblood” for the Democrats and for Biden. This ban was one of the main topics that the Biden administration used in the election campaign, with environmental issues being the other. Given that environmental issues were not seen as an immediate emergency, the only secret weapon the Democrats held in this election was this ban on abortion. The Biden administration had taken advantage of this weapon quite well, especially to get “young female voters” that would not even go to the polls under any other circumstances, to participate in the elections and to vote for the Democrats. Perhaps this has been the greatest election victory of Biden supporters.

A few words on the effects of these elections

Let us talk about what may happen over the short and long term with these election results, and what effects could these results have over the world.

According to the “Election Day Exit Polls” conducted by NBC – one of the 3 broadcast giants in the United States – almost every voter is quite aggravated by the condition of the nation’s economy in the country. This aggravation is also estimated to increase gradually. Around 75 percent of the voters say their economic situation is either “very poor” or “not good at all”. Half of those surveyed say they are in a much worse economic situation than they were in the last year. 75 percent also say they are not satisfied with the current situation and are frustrated about it.

In the meanwhile, Biden’s approval rates are at the lowest level of his presidential term, standing at 36 percent. This figure is low even among young Latino voters under the age of 30, who are generally Democrat supporters.

This exit polls being made on voters coming from the voting booths, a whopping 70 percent of respondents say that the democracy is being threatened in the United States, while 66 percent of Republicans believe that Biden, who won the presidential elections two years ago, has won a fraud victory. We believe such thoughts continuing to stay fresh after two years, is very important from a political point of view.

As for the Constitutional Court’s decision of ban on abortion, a vast majority of the voters express a disturbance, while 60 percent say that abortion should be legalized. Considering that the main reason why the Democrats came out of these midterm elections without a huge defeat is the issue of abortion, it is easy to see the reality behind these reactions.

What could happen in the future?

From the first minutes of the announcement of the election results, a media smear was observed that tried to blame Donald Trump for these marginal failures of the Republicans. The fact that some of the candidates that Trump supported have lost the elections, despite the vast majority of these candidates actually having won the elections, the smear campaign on Trump seems to be stepping up. While the Biden-supporting media giants are leading the way in these smear campaigns, some “so-called Republicans” within the GOP are also considering taking advantage to eliminate Trump from the politics. A gradual increase in these efforts should be expected in the near future. But in the meantime, Trump still has announced his candidacy for the 2024 presidential elections. This is because a very significant portion of the Republicans is still in favor of him, and they may not consider these election results as a defeat.

Biden and the Democrats will use their “slight” majority in the Senate to make a good use of the next two years on the Supreme Court and other federal court appointments. But they are also guaranteed to face a heavy opposition in every decision they take from the Republicans, with such marginal election results.

The aid for Ukraine has gotten even more controversial

Biden’s hand will not be as free as before on Ukraine as well. Because in the United States, where 75 percent of the voters see the economy and inflation as the biggest problem in the country and believe they are getting poorer every year, it is hard to believe that billions of dollars of aid can flow freely to Ukraine. There is going to be opposition from both the Republicans, and from some Biden supporters who are opposing this aid. For this exact reason, it would not be a surprise to see the American administration sending implicit messages to Zelensky asking him to give compromises. Such stances are to get even more important in the near future.

Could Biden be the presidential candidate?

It seems that the worst victim of the results of the 2022 elections will be Biden himself. A wave of opposition is already rising against Biden, who is currently 80 years old, making more and more communication mistakes, and serving as the President with a narrow victory in 2020. The Democrats would not want to enter the 2024 elections, with a presidential candidate who would be difficult to win the elections, and who has been heavily worn out in the past four years from both the economic situation, by Ukraine and by COVID pandemic. We have also started to think that the search for a new presidential candidate will take an interesting route in the near future. The fact that Obama’s name is heard once more may be a part of this interesting route.

As for relations between the US and, Russia and China, the Democrats, who have won another two years until the 2024 elections, will try to make a progress on the continuation of US dominance by playing for all the cards they have. And this is because they think that can loose all their cards and the administration to a Republican candidate in 2024 elections, given the current economic trends.  For this reason, they can come up with “immediate” measures in all of their Asian policies. This is because time is slowly working against the United States under the current conditions.

A division within the US society that resembles 1860

As a result, the 2022-midterm elections are quite important in terms of revealing how the United States is politically divided into two fronts at its core. There is no possible economic success, leadership conciliation, or an inclusive movement from the population base that would fix this division. All red (Republican) and blue (Democratic) states on the map of the 2022 midterm elections, directly coincide to the blue and red states on the map of the American Civil War exactly 162 years ago, in a very meaningful and an interesting way. This reality will go down in history as one of the most important indicators of the 2022 elections that needs a thorough consideration.