The United States is behind the terrorist attack 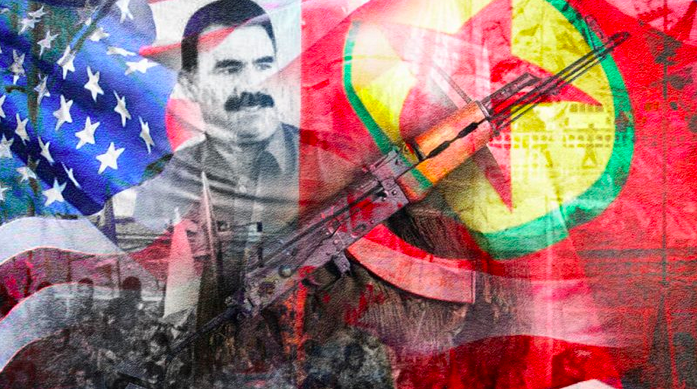 They do not only support the PKK/PYD but also ISIS. No one else but the US President Donald Trump himself has admitted that. In earlier statements, Trump said the Clinton and Obama were the ones who founded ISIS.

The United States is using these organizations against countries that constitute obstacles for its policies. With the actual terror attack, the United States wants to break Türkiye’s resistance in the Eastern Mediterranean.

In that context, the Organization of Turkic States (OTS) has accepted the Turkish Republic of Northern Cyprus as an observer member. This is of course a step prone to change the balances in the Eastern Mediterranean. This decision of the OTS has deeply disturbed the United States, which is threatening Türkiye currently with pointing arms from Greece. Therefore, the attack aims to break the Turkish resistance in the Eastern Mediterranean.

Furthermore, Türkiye is developing cooperation with Russia in terms of economy, energy and political spheres. This development also corners the US position in the region, constituting another reason for the terror attack. The attack is aimed to send a message to Türkiye.

Besides of that, we do observer intentions to create an atmosphere of chaos while the elections are approaching. The creation of such an atmosphere of chaos provides the US with the chance to interfere into the elections. Washington faces the opportunity to intervene in order to achieve the election results it desires. Again, we observe that the United States wants to destabilize Türkiye in order to break our country’s resistance.

But Türkiye has sufficient experience in fighting terror. With its armed forces, its gendarmerie and its police forces, Türkiye has the necessary experience and capacity to defeat terrorism. In cooperation with its neighbors Syria, Iraq, Iran and even Russia, Türkiye will eliminate all these terror organizations definitely. In that sense, it has become once again obvious that Ankara needs to start cooperation and coordination with the government in Damascus.