Grain aid from Russia to developing countries: ‘This shows what the multipolar world order promises’ 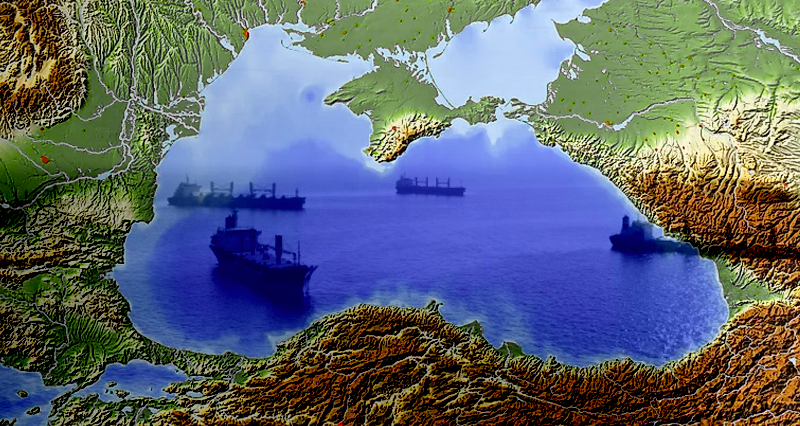 United World International author Mehmet Perinçek commented to Sputnik News Türkiye on Russian proposals concerning the grain corridor via the Black Sea. UWI presents the interview, published in Turkish here, in English translation below as published by the news agency.

After the suspension of the grain agreement by Russia, the Russian Minister of Agriculture Dmitry Patrushev announced that they were able to provide 500 thousand tons of grain for poor countries all over the world. Dr. Mehmet Perinçek interpreted this proposal as a prelude to what a future multipolar world order can promise.

Russia has suspended its part in the grain agreement, which was used for the transport of grain and fertilizer through the Black Sea, after the Ukrainian attack on Russian freighters and warships stationed in Sevastopol port. Although the West has criticized this decision, arguing “Russia must allow the grain to be exported for the countries facing hunger”, only 13 percent of that grain shipped as a part of the agreement actually reached the Africa, a continent facing a serious food crisis. Europe on the other hand, leads the list by receiving 47 percent of the grain.

On the other hand, the Russian Minister of Agriculture Dmitry Patrushev, who is accused of creating a ‘food crisis’, has announced that they could provide 500,000 tons of grain to the impoverished countries, free of charge. Patrushev stated “Taking into consideration that Russia has always been and remains a reliable partner and is ready to provide the world with the required amount of food, our country is poised to supply the poorest countries with up to 500,000 metric tons of grain for free in the next four months. We will do it with the participation of our reliable partner Türkiye”. The grain corridor deal has been heavily criticized by the Russian President Vladimir Putin for the fact that most of the grain exported from Ukraine has been “transported to richer European countries”, after some statements that the failure to export the Ukrainian grain could lead to a serious food crisis in among the African countries. And lastly, Spokesperson for the Russian Foreign Ministry Maria Zakharova has also declared of being informed by the United Nations on “the second part of the agreement regarding the Russian grain and fertilizer is inapplicable”. The political scientist at Moscow State University, Dr. Mehmet Perinçek, evaluated these developments for Sputnik.

Stating that the global conflicts in the world revolve between those that defend the unipolar world and those who want a multipolar world order, Dr. Perinçek stated “We are facing against the same confrontation on this grain issue as well. On one hand, the unipolar world prophesizes establishing a military and political hegemony of its own. On the other hand, it also aims at the exploitation of all global resources for the use of a single pole. The ultimate goal of this hegemony is to concentrate the world’s resources under a single center. The grain corridor agreements instead, proposed the Russian and Ukrainian grain to be distributed to the world in a fair manner. However, we have witnessed that these efforts take a completely different way in practice. This became an operation where the exported grain ended up in Europe and the West completely instead of being transported to the countries in need. Both the Turkish and the Russian Presidents objected to this multiple times.”

“The fact that there is a cooperation as it is explained by the Russian Minister of Agriculture Patrushev, actually shows what kind of a future the multipolar world order promises” Perinçek said. He added, “This also shows the points where the multipolar world actually differs from the unipolar world order. This initiative has shown very clearly that a fairer sharing policy, as well as the protection of the sovereignty of all countries, establishing an environment of peace and stability, and the development of the global economy on the basis of equal relations, are the parts of this multipolar world order”.

‘The food crisis is actually not caused by a lack of resources, but by an unwillingness to share it’

Stating that it is clearly assumed the current situation defined as a ‘food crisis’ is not caused by the Russian operation in the Donbass region, Perincçek said: “There is no situation that can create a food crisis. It is actually about how the global resources are shared. There is enough food, drink and fuel for the consumption of all the countries in the world. However, we are also witnessing that sharing of these resources have not been implemented in a fair way, and that the Western imperialist powers and especially the United States have gathered a large part of these resources at their own hands and are insisting on keeping it via using physical force. Therefore, the food crisis is essentially not caused by a lack of resources, but by an unwillingness to share it.”

Stating that Türkiye stands at a key point, Perincek said: “The only chance for the Russian grain to be exported to the global market is through Turkish waters. It is basically impossible for such a project to be realized without the participation of Türkiye. Türkiye has to go for such efforts, not only because of its geographical necessities, but also because of its own current geopolitical situation. Since the grain corridor is opened and the grain is exported all over the world, Türkiye faces certain threats just like Russia does due the fact that this coincides with Türkiye’s stability and national interests in the Black Sea. Therefore, Türkiye needs to be included in this scheme, on geopolitical terms as well”.

“This is because the disruption of the American actions and plans no matter in which geography in the world, Turkey would able to eliminate its threats in Cyprus, in Syria, in the Eastern Mediterranean and the Aegean, in South Caucasus or in any region. In this context, the cooperation between Türkiye and Russia also has many hardships due to various geographical difficulties as well, but the fact that the two countries have the same geopolitical interests drives it further”.