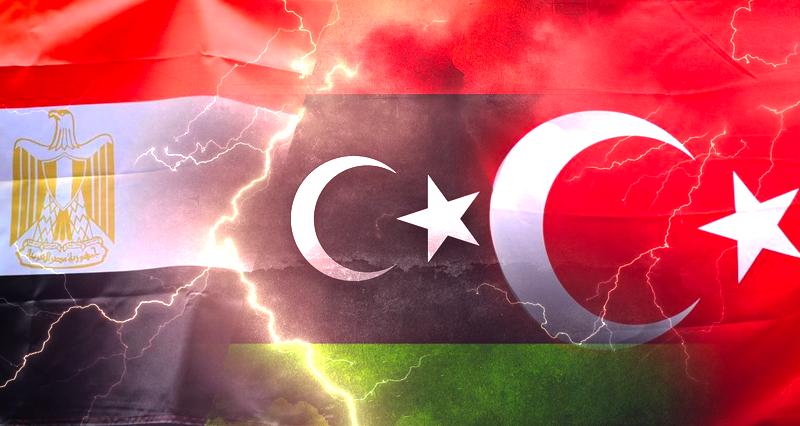 Egyptian Foreign Minister Sameh Shukri announced that the normalization process between Türkiye and Egypt has been suspended due to the situation in Libya.

In the same days, Türkiye allegedly detained 34 members of the Muslim Brotherhood.

Turkish Foreign Minister Mevlut Cavusoglu said, “We have started a normalization process with Egypt. This is to be a mutual process. If Egypt is sincere about normalizing relations, they need to take steps. Normalization is proceeding slowly, but that is not because of Türkiye. The hydrocarbon deal with Libya is not at the expense of Egypt. Without Türkiye’s engagement, Libya would be like Syria today. (…) We have no problem with Egypt, and we know that Egypt is an important country for the Arab world, for Africa, for the Mediterranean. Türkiye and Egypt’s cooperation will have positive impacts on the region. We are sincere in normalizing relations, but there is a diplomatic saying that the tango is for two.”

The two countries’ statements indicate that the exploratory talks between Türkiye and Egypt, which took place in Cairo and Ankara respectively, did not lead to a joint roadmap to settle the disagreements.

The rift between Türkiye and Egypt began after the overthrow of Mohamed Morsi’s government in 2013. At the beginning of the process, Türkiye’s support to the Muslim Brotherhood was seen the primary obstacle to relations by the Cairo administration.

But then the power of Muslim Brotherhood waned in Egypt and the Libya issue became to the main area of confrontation in connection with the maritime borders question in the eastern Mediterranean.

The steps that should have been taken between Türkiye and Egypt after 2013 could not be taken rapidly and the problem between the two countries deepened. As a result, different actors in the Eastern Mediterranean, such as the US, the EU, Greece and Israel, became involved in the problem. This is partly behind the suspension of the talks that resumed again in 2021.

The conclusion I drew from my meeting with Rakha Ahmed Hassan, former Egyptian Deputy Foreign Minister, was that Ankara and Cairo failed to find the least common denominator or a political figure/group to support together in the Libya crisis.

The retired diplomat insistently stressed Türkiye’s effective diplomacy in Libya and support to the National Unity Government headed by Abdelhamid Dibeybe. He pointed to United Nations resolutions for the solution.

Issa Tuwegiar, former Libyan Minister of Planning and current political advisor to the government of Dbeibah, provided the following insights on the Libyan crisis between Türkiye and Egypt:

“The Government of National Unity has tried to establish relations with Cairo despite Egypt’s support for the Haftar forces. In this regard, we invited Egyptian delegations to our country. However, Egypt maintained its negative attitude and objected to the participation of the Libyan Foreign Minister in the Arab League (…) They also continue to oppose the Maritime Jurisdiction Agreement we signed with Türkiye.”

Is Egypt waiting for the elections in Türkiye?

When we analyze the developments and officials’ statements together, we see that Egypt is insisting on Libya in a manner that does not leave an open door.

Of course, the long land border between Egypt and Libya and security concerns of Egypt should be taken into account in assessing Cairo’s insistence. But it is also important to identify the policy shift in Egypt, which until was optimistic a few years ago about normalization with Türkiye.

There are two possible reasons for this change;

1. Egypt, which recently reached an agreement with the IMF, may be expecting the Western world to put pressure on Türkiye on the Libya and Eastern Mediterranean issues through its relations with Greece and the Greek Cypriot Administration of Southern Cyprus, both of which are members of the EU.

2. Cairo may have adopted a policy of “waiting” in its relations with Türkiye until the presidential elections in Türkiye in June.

These two reasons are not mutually exclusive.

But it is worth noting that Egypt is going through a severe economic crisis. After the agreement with the IMF, the Egyptian Pound suffered the biggest fall in recent history. Moreover, the grain crisis in the aftermath of the war in Ukraine has hit Egypt hard, a country with a history of “bread riots”.

Turkish investments and trade with Türkiye are of great importance for the Egyptian economy.

In such a context, it does not seem rational for Cairo to expect a solution on the Eastern Mediterranean and in Libya from Europe, which is already dealing with its own problems, and/or from the US, which is gradually withdrawing from the region.

On the other hand, it should be recalled that Türkiye’s policy on the Eastern Mediterranean and the Libya issue is only government’, but also state’s itself as a whole.

Türkiye’s government has begun to change its wrong policies, especially with regard to the Muslim Brotherhood.

In this period, it would be accurate both for Ankara and Cairo to focus on the least common denominator and draw up a common roadmap on the Eastern Mediterranean and Libya issues in a way that does not allow third parties to intervene in the region.