About defeats and victories in the Brazilian presidential election 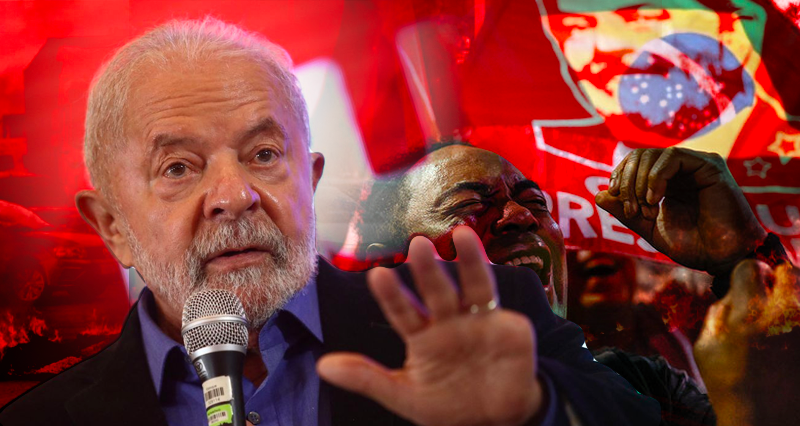 Bolsonaro’s defeat in last Sunday’s presidential election in Brazil reveals two scenarios. On one hand, the political and economic direction to be taken by the government that will take office on January 1. On the other hand, the political future of the greatest extreme right-wing leader that the South American giant has ever had.

Far from being a normal election, where democratic transition is carried out in regulated terms and with the recognition of the opponent’s victory, the Bolsonarist strategy displayed so far is to incentivize chaos through omission. President Bolsonaro’s pronouncement, 48 hours after the results, is understood by many analysts as an incentive to continue chaos throughout the two months he is remaining in office.

The coordinated action that led to the conflict began on Sunday, October 30, with a series of operations on the roads of the northeastern region by the highway police. These operations delayed hundreds of passenger vehicles, generating not only traffic chaos but also impediments for hundreds, perhaps thousands of voters. Although numbers are unknown, it is clear that the abstention rate was higher in the states where these operations took place.

Following Lula’s victory, Bolsonaro’s allies and other world leaders began to publicly congratulate the president-elect. Then, groups supporting the defeated candidate began a series of roadblocks to protest what they consider a fraud. A court order ruled that the same police forces, which had prevented hundreds of people from voting in the northeast, should lift the blockades of Bolsonaristas dissatisfied with the outcome of the polls.

Immediately after the order was issued, videos began to circulate of police officers expressing their support for the blockades. With the pressure of justice on the police institution, the roads began to be reopened and with that, the coordinated destabilization attempt seems almost disarticulated. In his speech, President Bolsonaro called the demonstrations “leftist methods” but justified them as the fruit of a “feeling of injustice”.

The almost omissive posture of the current president reveals a premise that was already expected: the transition to the new government will present a series of difficulties never seen before in Brazilian democratic history, something that undoubtedly has the potential to harm even Bolsonaro himself.

Defeated and isolated, the president is beset by several issues. On one hand, he is worried about being held criminally responsible for a series of crimes committed during his term in office. Without privileges as of 2023, several accusations that are currently in the hand of the Supreme Court must pass to the jurisdiction of the common justice and, with that, a series of investigations promise to encircle the already compromised path of irregularities of both the president himself and his family.

But that is not the main problem. The fact that several of his close allies have emerged victorious in their legislative and executive contests in several states is not only a barrier to the election outcome being challenged. It also accounts for a looming power dispute within the Bolsonarismo, where Bolsonaro, despite self-proclaiming himself the leader, will no longer be the sole figurehead. Without the power to determine the course of his allies and without the privileges to shield himself from justice, the president faces a scenario where the defeat is not only limited to the electoral dispute of last Sunday.

Which government is the one to take over?

This statement, made minutes after the results were made official, anticipates a series of difficulties already seen in other governments of similar characteristics in the region. As a coalition, where the maximum premise is respect for democracy, the weight of governability falls mainly on the center and right wing parties, whose interests are those of the establishment and the financial market that was harmed during the Bolsonarism and that saw in Lula the possibility of a recovery.

At the risk of displeasing the market or, even worse, of disappointing his voters, Lula will have to carry out a dangerous balancing act in front of a congress with a conservative majority and with a consensus that is expected to be fragile even before his inauguration.

If anything can be expected from the incoming government, it is a series of articulations that at least in principle seem to compromise the campaign promises of reducing inequality and ending hunger for 33 million people in the country. Any kind of structural reform that would make the State a tool for inclusion seems to be discarded in the name of governance under the tutelage of the “democratic right”.

However, a series of concessions to the popular classes should not be ruled out. The promise of “being happy again”, as repeated throughout the campaign, includes proposals in areas such as health, education, environment and social assistance, although such actions will be taken within the framework of action granted by the tutelage of the markets in an international context that appears to be more adverse. As in other countries in the region, the pressure of the ruling classes to limit the action of popular governments will have the potential to frustrate the population that supported the winning project in the election and, thus, contribute to the erosion of a government that is already beginning the transition with its legitimacy questioned.

Although Lula has proven to be capable of governing for the benefit of the popular classes, in this opportunity the conditions of governability are subject to conditions within the coalition as well as to a lack of legitimacy among the opposition. The challenge ahead of the new Brazilian government will have to be measured and evaluated in these terms.

*Ana Laura Dagorret has lived in Rio de Janeiro since 2016, is an international politics journalist for the portal PIA Noticias and co-author of the Brief Manual of Geopolitics.