The Organization of Turkic States – Pt. 2: Our policies towards the organization 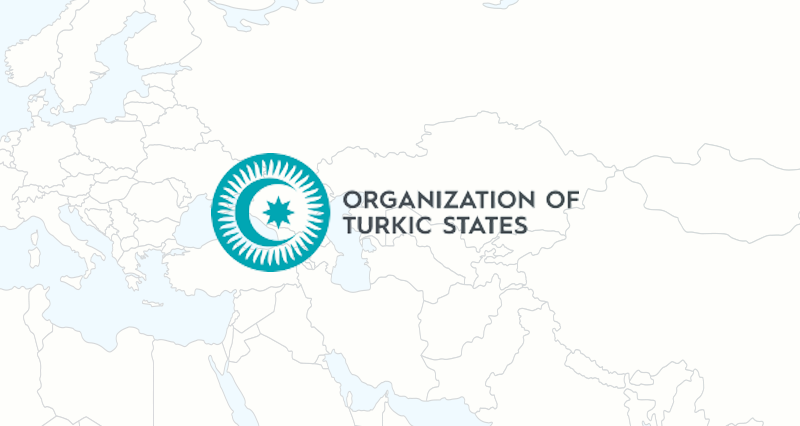 This is the second part of an articles series on the Organization of Turkic States and Türkiye’s approach to it.

2. Our policies on the Organization of Turkic States

We, as the Vatan Party, like the whole Turkish nation, welcome the unification of Turkish states within an organization. The unification of the Turkic states serves both the independence and prosperity of these countries and the development and peace of their neighbors and the whole world. It promotes independence, prosperity and enlightenment against US hegemony. Indeed, unification has had its first positive impact in the crushing of the Colored Revolution in Kazakhstan.

The unification also contributes to the building of the Multipolar World. The Organization of Turkish States weakens imperialism and strengthens the security of Asia. However, there are also attempts to force the Organization of Turkic States into an attitude against China and Russia. This US-centered policy is unlikely to be effective. Indeed, the Turkish states stood in alliance against the US in the liberation of Afghanistan from the US and the crushing of the Colored Revolution in Kazakhstan. Nevertheless, strengthening the determination of the Organization of Turkish States to be sensitive to the security and territorial integrity of the neighbors and dispelling possible concerns among the neighboring countries will be one of the tasks in the coming period.

2.2. Advancing towards Eurasian unity and solidarity

We must improve the Organization of Turkish States in the direction of Eurasian unity and solidarity. The unification of the Turkic states should and will pave the way for the developments that will serve the unity of Eurasia. It will not create fissures within Eurasian countries.

2.3. Solidarity for the territorial integrity, security and stability of neighbors

The Organization of Turkic States should strengthen the security and stability of all its neighbors, especially China and Russia. The concerns of friendly countries in this regard are quite understandable, because a new great power is emerging in the region. At the same time, this new power has ties of lineage and religion with significant populations in the neighboring countries. In Russia, there are Tatars and various Turkic peoples. In China there are Uighurs, Tatars and Kyrgyz. Turks also comprise a significant population in Iran. The Organization of Turkish States will take care of the territorial integrity and stability of neighboring states as if it’s its own.

2.4. Friendly countries should be invited to the organization

Friendly countries such as Russia, China, Iran, Iran, Afghanistan, Pakistan, Tajikistan, Mongolia and the Democratic People’s Republic of Korea should be welcomed into the organization, as stated in the founding documents of the Organization of Turkic States.  The best would be full membership status, but other statuses are also possible. We should support the development of the Organization of Turkic States on a basis that serves the unity of Eurasia.

2.5. Solidarity with and membership in the Shanghai Cooperation Organization and cooperation with the Belt and Road Initiative

The Organization of Turkic States should make active efforts for cooperation with the Belt and Road Initiative and the Shanghai Cooperation Organization (SCO). Conditions are already very favorable for this.

2.7. Participation and official recognition of the TRNC

The Turkish Republic of Northern Cyprus (TRNC) is also a Turkish state. Official recognition of the TRNC as a state by the member states of the Organization of Turkic States and its participation in the organization as a member will both strengthen the organization and serve world peace. The US and Israel’s control of the Eastern Mediterranean is a serious threat on energy routes. In this respect, the security of energy producing and energy importing Turkish states starts from the Eastern Mediterranean.

The participation of Hungary means that the Organization of Turkic States will not be confined to ethnic borders. Hungarians are a people of Asian origin, but they are not Turks. In this sense, the participation of a non-Turkish Eurasian nation in the Organization of Turkic States provides more favorable conditions for Russia, China and Iran to develop cooperation with the organization.

2.9. Transporting energy to the West through Türkiye

Ensuring that energy lines from the Caspian and Black Sea to Europe and even Africa pass through Türkiye will contribute both to the security of the lines and to Türkiye’s economic development.

2.10. The integrity of the territories of Turkic States

Links and connections between the territories of the Turkic states should be secured and enhanced, taking into account the interests of all member states and neighbors. The borders of Turkic states are contiguous. There are some problems only on the border between Azerbaijan and Türkiye.

2.11. Development and enrichment of a joint Turkish language by Turkic states

As stated in the Final Declaration of the “International Symposium on Language, Literature, Culture in the Turkic World in the 21st Century” held in Ankara hosted by USMER (National Strategy Center) on 4-5 December 2021:

“We are determined to intensify our efforts to preserve and develop all dialects of the Turkic language, which spans the globe from the Pacific Ocean to the Atlantic Ocean, with all their originality and richness. On the other hand, it is inevitable for Turkish-speaking peoples to form a common language. (…) Developing and enriching our common language is possible primarily by appreciating the heritage of Turkish language in vast geography where it is spoken. When we start employing all Turkic languages as our source, we will realize how rich our Turkish is. Turkish is one of the prominent languages of the rising civilization.”

“Carrying forward the rich resources of our language – ranging from the Orkhon Inscriptions to Kashgarlı Mahmut, from Yunus Emre to Ali Şir Nevai- into future is a great task ahead of us.

“We announce to the Turkic World and humanity our determination to continue our work in the coming years with the approach that Turkish, a language of civilization and science, will assume historical duties in the rise of Asian civilization.

It is generally accepted that the Republic of Türkiye holds a particular place among the Turkic states. This is because the state tradition of the Turks has continued uninterruptedly in Türkiye. Of course, the legacy of empires belongs to all Turkish states. But Türkiye has occupied a particular position in bringing this heritage to the modern world. Furthermore, Türkiye has made revolutions in the last two centuries. The history of revolutions and of empires provides Türkiye with a weight, but this should not lead to a “big brother” status. Türkiye should pay special attention to building equal relations with the Turkic states. Türkiye should put its revolutionary and imperial heritage at the service of the whole members of the organization as the common heritage of the Turkic states and at the same time benefit from the civilizational heritage of the other countries of the organization.