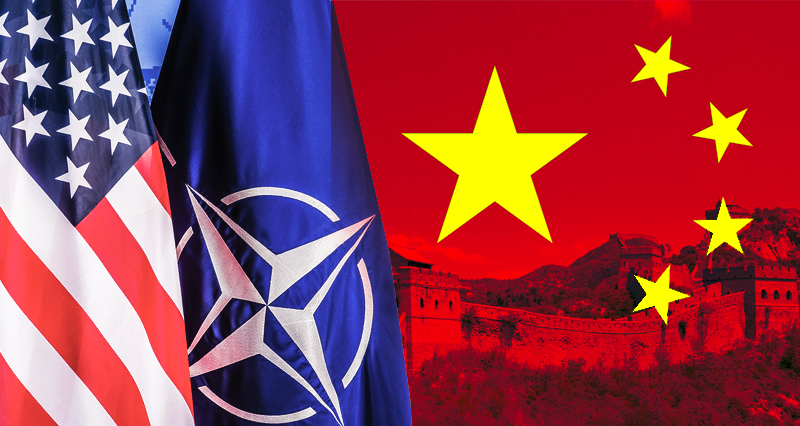 The Communist Party of China under the General Secretary role of Xi Jinping has elected a new leadership that will shape the country’s policies. An emphasis was made on ‘persistence on socialism’. Contrary to the arguments circulating in the Atlantic media, the re-election of Xi Jinping is quite to the benefit of Türkiye, which is also resisting against Western encirclement.

The 20th National Congress of the Communist Party of China (CPC), an event that is to affect the entire world, has finished. At this historical Congress with the participation of 2296 delegates, a new Central Committee and a Central Commission for Discipline Inspection were elected.

Delegates were elected after more than 20 million assemblies in 38 separate constituencies, with up to 100 million members participating, starting from the November last year and until last September. These delegates come through a highly disciplined and a burdensome electoral process that starts from the bottom of the party administrations of community, village, town, district, prefecture, province up to autonomous region, in the shape of an administrative pyramid.

The qualifications of the delegates

The Communist Party of China has more than 96,7 million members. The CPC is the largest party in the world that represents scientific socialism. One in every 42 thousand CPC members is to be elected as a delegate. And when compared to the Chinese population, each delegate roughly represents 632 thousand citizens.

101 years ago, only 13 delegates, representing a total of 57 party members, attended the founding congress of the CPC in 1921.

Delegation of the 20th National Congress of the CPC  has a wide representation from workers, farmers, industrialists, bureaucrats, artists, students and athletes. The delegation numbers of 55 minority groups out of a total of 56 ethnic minorities in China have been increased, while the representation of the majority Han ethnicity has been reduced. In addition, the number of women delegates was increased to 619. The proportion of the private entrepreneur representatives has been reduced by half, compared to the previous congresses.

Another important thing to mention is the level of education among the CPC members. Around 95 percent of the delegates have a bachelor’s degree. And nearly half of them either have a master’s degree or a PhD.

A new chapter in the Socialism With Chinese Characteristics

The CPC National Congress is gathering every five years to set out strategies and policies, and electing a Central Committee that is made up of a total of 205 members. Out of this Central Committee, 25 members are elected to the Politburo. And from this politburo, 7 members are elected to the Standing Committee. The Standing Committee of the Politburo makes up the supreme executive power in China. And the head of this intelligentsia is Xi Jinping, who is also the President of the People’s Republic of China.

In the 20th National Congress, China has decided to persist on socialism. This Congress has been an important point in contemporary Chinese history in this respect.

Xi Jinping’s view that China had entered a new era in building up a new socialism was strongly embraced at the 20th National Congress. The Congress defined as the central task in China to build a modern and strong socialist country by the year 2049. The New Era of the Socialism with Chinese Characteristics is one of the key concepts to fully understand China today.

The goals of the New Era in order to ensure a social cohesion, were listed as follows: adjusting the wealth distribution; ensuring equal opportunities starting from low-income citizens and eliminating all income inequalities. A strategy of development of quality will be followed, instead of a rapid growth that could causes irreparable damages to human life and to nature. Instead of a wealth accumulation among a small group of people, policies of sharing the wealth in a just manner will be implemented.

A socialist cultural development, that is originated by China’s own national culture, that is progressive and welcoming to the cultures of the world, that is people-oriented, will be heavily encouraged.

A Great Wall of China against US-NATO aggression

In his presentation speech, the CPC General Secretary Xi Jinping spoke of the achievements of the determined struggle against the global hegemonies. China has decided to increase both its economic and defensive power in the face of the US considering China as its arch nemesis. We are expecting to see a much more determined China that does not take any steps back against the US-NATO aggression.

China is willing to accelerate its efforts to liberate the Organization of the United Nations from the shackles of the United States and the West, and to transform it into a lawful structure that serves all nations.

To a sense, we are entering a new period in which fits to the Turkish President Erdogan’s slogan “The World is Bigger Than Five”.

Persistence on the Socialist Path

The CPC General Secretary Xi Jinping argues that China has entered a new era in the building of a new socialism, and that newer revolutionary policies should be implemented for the welfare of the people itself.

The theory that encompasses ideology, the programs, and policies on this subject is collectively called “the Xi Jinping Thought”.

There are two leaders in China, whose views are called “thoughts”: Mao Zedong and Xi Jinping.

And the policies that brought the “Economic Reform and Opening-up” are called the “Deng Xiaoping Theory”. According to Chinese political science and philosophy terminology, the word “theory” is one stage lower than “thought”.

The ‘Xi Jinping Thought of the New Era of the Socialism With Chinese Characteristics’ was added to the Chinese Constitution in 2018.

According to Xi’s goal, the top three principles of becoming a modern and a strong socialist country by 2049, the 100th anniversary of the founding of the People’s Republic of China, are as follows:

1. Persistence on socialism in the conditions of the 21st century.

2. Qualified and sustainable, innovative, scientific, cultural and artistic development. Ensuring equality in opportunities throughout the country and increasing the level of participation of minority nations in administration.

3. To create a society of common destiny for the future of humanity and to ensure the establishment of a more just international order.

These goals are also collectively called the “National Rejuvenation” or simply “the Chinese Dream”.

The fact that the 20th National Congress of CCP has re-elected Xi Jinping as the General Secretary, does not mean that Xi Jinping will be the President of China for life. This is one of the most common lies concocted by the Western media to smear China.

The re-election of Xi Jinping as the party Secretary General for a third term is a measure developed by the CPC itself in order to persist on socialism. There are some groups within the CPC that have achieved a “privileged status” in the past 40 years and that would not want to give away these privileges, both within state institutions or state enterprises. The decisive fight against corruption, led by president Xi Jinping, is thwarting this influence to a degree. Therefore, Xi’s re-election as the party Secretary General for another term is a clear demand from both the CPC and the citizens of China.

On Sunday October 23rd, the CCP’s new 7-member Politburo Standing Committee was announced at a press conference. It has become clear that Zhao Leji and Wang Huning, who were elected in the previous Standing Committee, would take the third and fourth chairs in the hierarchy, taking the head chairs of China’s two assemblies (the People’s National Congress and the People’s Political Consultative Conference, respectively). One of the newly elected members, Party Secretary in Shanghai Li Qiang, will become China’s new premier and take the second in charge within the national hierarchy. The other three members are Party Secretary in Beijing Cai Qi, Party Secretary in Guangdong Li Xi, and CCP Central Committee General Secretary Ding Xuexiang. Li Xi is the only member of the Politburo, on the Central Commission for Discipline Inspection list announced yesterday. He will be the chairman of the committee that conducts investigations on corruption within the party.

The Standing Committee includes leaders who have been Party Secretaries of China’s three largest provinces for the past five years and have proven their own successes. This fact is a reflection of Xi’s individual-based administration approach.

Another argument being put up is the following: Li Qiang has been promoted to be second in charge in the CPC hierarchy as a candidate for premiership, despite his failures during the fight against Covid-19 pandemic in Shanghai, being only approved in accordance to the “loyalty to Xi”. Li Qiang’s has performed excellent tasks in three of China’s four richest provinces Zhejiang, Jiangsu and Shanghai, as party secretary. I have witnessed the plots made against Li Qiang within the Party and the state, as someone who had personally been present in Shanghai during the 63-day quarantine.

For the benefit of Türkiye

Meanwhile, the US and European media is defining Xi Jinping as a “dictator” and publishes reports stating “It is bad news that he is re-elected as the Secretary-General in 20th National Congress”. And some “experts on China” in Türkiye are repeating these same accusations. Correspondents from Anadolu Agency or TRT in Beijing are spreading these same lies of the West, without even questioning them.

However, when we take a closer look at the CPC Congress from Ankara and not from Washington, hen we see that the continuation of the Xi Jinping ideals serves the interest of China, Türkiye and the entire humanity.

A powerful China able to fight against the United States and NATO becomes a powerful ally in defending our territorial sovereignty and our sovereignty over the Blue Homeland. The government needs to evaluate the CPC correctly, in order to seize this vital opportunity.

China may be the largest component of Türkiye’s economic war of independence, while American imperialism is attempting to destroy our economy and our existence as a nation. An economically powerful socialist China provides more loans with over longer durations with lower interests, for the development of the underdeveloped countries, while also not having imperialist ambitions in sharing its technology.

The Xi Jinping administration applies the principle of “Development by Sharing”, to ensure that the economic relations are balanced, allowing all sides to benefit from it. Xi Jinping’s policies focused on a growth in the domestic market, paves the way for Turkey to increase the exports to China.

Essentially, Turkish-Chinese relations reached their peak during the Xi Jinping era. The presidents of both countries have met more in the last 10 years than at any other time in history. Moreover, Xi Jinping is expected to come to Türkiye in the next year. Considering Putin’s statements on “making Türkiye a natural gas hub”, it is not hard to think about the opportunities that the Chinese leader’s visit will create.

Achievements of the 20th National Congress of the CPC promise a more beneficial China, both to the Chinese people and to the world. And the AKP should have more “revolutionary” ideas, with that in mind, in order to protect Turkish national interests.