The US heading to elections 4: The unfortunate coming together 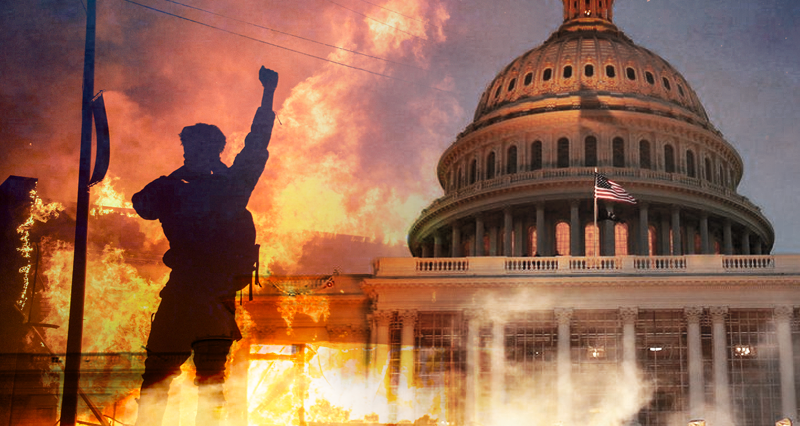 In the lead-up to the US congressional raid, the role and position of minorities has been a matter of debate. People of African and Asian descent, the so-called “Hispanics” or “Latinos” and Indians are all referred to as minorities.

In the US, there are also religious and sectarian communities and, moreover confrontations: Christians, Muslims, believers in other religions, non-believers, Catholics, Protestants, Satanists, etc.

Let’s add the resurgent Middle Ages: Cults, congregations, mass suicide groups, those captive to various superstitions, such as believing that the earth is flat, and fortune tellers.

We can clearly say that there are no serious explanations in the Turkish press about the class background and possible future developments on what is going on in the US.

The global and Turkish media highlight two social factors when analyzing the conflicts in the US: On the one hand, there are those who explain them in ethnic and religious terms, and on the other hand there are class-based analyses.

The class-based explanations, which associate the social movement with the economic crisis, seem to define the main decisive factor. However, the role of ethnic and religious/sectarian minorities should not be overlooked. The politics that attributes a positive content to this role in terms of humanity and democracy and the ones attributing a negative one to it are facing each other. The parties of the war are already trying to get minorities on their own side.

The role of minorities in power struggles

The most important characteristic of the mass surrounding the Capitol is the following: They are the victims of the deep crisis that the United States is going through. One and a half million people took part in this demonstration, and whites were the vast majority. They are the majority of the US population. More importantly, whites have determined the future of the US in the past centuries. In the War of Independence that led to the founding of the US, in the Civil War, in the Second World War and afterwards, whites held pioneering and leading positions. The vast majority of the ruling masses are also mostly white. Hispanics and Asians are undoubtedly white, but they are whites of the Oppressed World. Therefore, they do not consider themselves as white.

We must first determine the current situation in the world, including the United States: The future of countries is determined by the weight of majorities. Ethnic and religious minorities cannot become a power alternative. Minorities favor one side or the other in the struggle for power waged by the majority. In cases of foreign intervention, they make a choice between siding with the country and serving the enemy.

The Rednecks storming the US Congress

In the US, the term “redneck” is often used to describe the uprising masses. People with sunburned necks are called by this name. They are not the bosses of finance capital, nor the big bosses of industry. US presidents, senators, political bigwigs, big bureaucrats do not come from their ranks. The so-called “rednecks” are white, but they are whites that are laborers or unemployed. They fill the slums of the big cities. They are also the ones who live on the mountaintops or in the villages in the middle of the Arizona desert. As we see in Hollywood movies, they are the ones who bear the burden of White Militarism as American soldiers in the Civil War, the Second World War, Vietnam, Afghanistan, Iraq, who suffer, die, go mad and become addicted to drugs. And they are the ones who cannot find their families where they left them, when they return from the war and join the army of the unemployed. They are valued when the US flag is draped over their coffins, but not in any other area of life. In the recent economic crisis, it is these “Rednecks” who have been relegated to the margins and left desperate.

Those who do not understand and do not want to understand the basis underlying the recent social explosion in the US are hoping that stability will be established in the country in a short period of time. This hope is the last hope of the established system.

The marginalized whites met there the other unfortunates of the US. But this convergence is now at the economic and social level, but not yet at the political one. The oppressed Whites have prejudices against the oppressed Blacks and other minorities throughout US history. It is inevitable to question the distance between the class position and the consciousness of US whites, which have been manipulated against blacks for centuries. This questioning was also done during the Civil War of 1861-1865, but not at its beginning of the war. This occurred at a later stage. At the beginning of the North’s war with the secessionist South, the question of slavery was not a priority. Blacks were not recruited into the North’s armies. At a decisive moment in the war, Abraham Lincoln changed the fate of the war by organizing black troops, despite serious opposition.

The struggle against the Neocons in the US will once again bring the weight of minorities to the fore. Today, the most aggressive section of US imperialism is exploiting ethnic and religious minorities at home as it does on the global level. But to what end?

This is just the beginning

Just as the US workers are divided into Democrat and Republican parties, it is obvious that minorities have also had their share of political polarization. US imperialism maintains its domination thanks to this division, in addition to its property ownership and monetary power. Therefore, if there is to be a democracy in the US, first of all the mass of the unfortunates must come together on the political level. If the Red-Necked Whites and the unfortunate people of the US were to join together, this would be the most important action that would pave the way to a good future.

But is it possible?

If the people of the US continue their march along a line that takes a stand against the Neocons of the Republican Party as well as the Neocons of the Democratic Party, they will inevitably overcome ethnic and religious divisions. This is the point where the phrase “this is just the beginning” makes sense.

The fact that the Republicans have begun to call the Neocons among themselves “non-Republican Republicans” is an important development in this respect. The balance of the dictatorship that the Neocons have built on a two-party seesaw is being destabilized.