China: “The people you killed seem to be in excellent health” 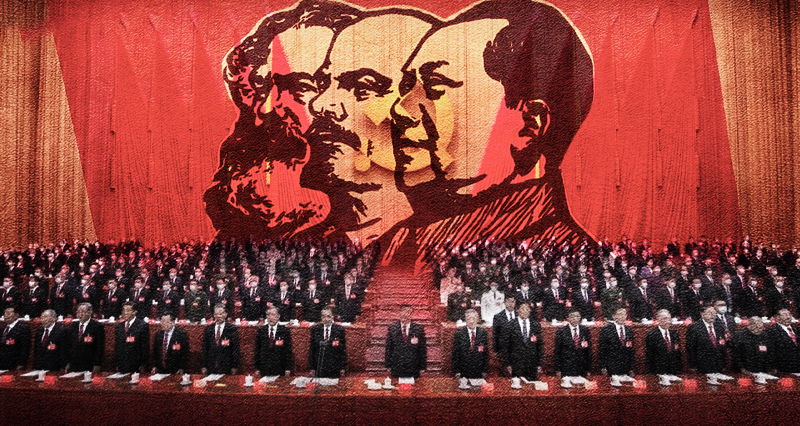 Many important issues were discussed at the recently concluded 20th Congress of the Communist Party of China (CPC). Chinese and foreign analysts have written extensively on the subject. As almost always when giving an opinion about China, the analyzes mostly deal with state issues that – in this case – were discussed at the event.

But if I were asked what was the highlight of this event, I would have no hesitation in affirming that the great event of the Chinese Communist Party had a keen orientation towards the internal strengthening of the organization so that it can play its role as leader of the Chinese society on its way to socialism.

Communist Party of China part of a long and continious process

In this context, it seems necessary to highlight the strong ideological content of the debates in this Congress. It continued discussions held in the past and in previous similar events, and has presented a solid vindication of Marxism-Leninism as part of the support that has allowed the Communist Party of China ”to comprehensively dominate the great struggle, the great work, the great cause and the great dream” (…) that “has culminated in the historic task of completing the comprehensive construction of a society modestly well off and the consequent fulfillment of the objective of struggle established for the first centenary [year 2021], and has undertaken the new expedition of the comprehensive construction of a modern socialist country towards the objective of struggle set for the second” [2049].

According to the documents debated in the Congress, the Chinese Communist Party occupies at this time a place understood as within a continuous process based on the 5,000 years of existence of Chinese civilization, the almost 170 years since the end of foreign occupation, the little more than 100 years since the founding of the CCP, the 73 years since the creation of People’s Republic of China and the 44 years since the implementation of the reform and opening policy.

With that last step, the party also began the construction of socialism with Chinese characteristics, which is considered part of the evolution of socialism in the world. After the enunciation of scientific socialism by Marx and Engels 170 years ago and its fusion with the labor movement that made possible the triumph of the October Revolution in Russia in 1917, other nations in Europe and Asia, including China (at the end of the Second World War) also undertook the construction of socialism, creating a socialist camp that came together with the anti-imperialist and anti-colonial struggles of the 20th century to achieve a general balance in the world.

But after the disappearance of the Soviet Union and the socialist camp in the last decade of the last century, many southern countries were forced to follow the Western political and economic model, which meant a great defeat for socialism.

Lenin: “First victory is not the final one. The struggle has only just began”

However, it must be understood that, as Lenin said when referring to the epic of October 1917 on  the commemntation of its fourth anniversary: “The first victory is not the final victory. The struggle has only just begun.” China has understood that it does not matter when, on what date and at what time the proletarians will complete this process, but there is full certainty that they will reach the last stage victorious.

Xi in his speech: “We are communists and revolutionaries. We must not lose our revolutionary spirit”

For this, it is necessary to remain faithful to the aspirations that gave rise to the Party as well as to its founding mission. In his speech, Xi Jinping stated that: “We are communists and revolutionaries, therefore we must not lose our revolutionary spirit.”

The CPC has refuted those views that it has gone from being a revolutionary party to becoming a ruling party. In this sense, Xi Jinping has emphasized the continuity of the struggle has led the Party to lead the Chinese people in the revolutionary war, in the construction of the first stage of socialism, and in the reform and opening-up policy. And in this process it has gone from being a party that led the people to take power to being a party that leads the people to hold power and govern permanently. It is, in short, a ruling Marxist party, as well as a revolutionary Marxist party.

Marxism “is the fundamental guiding thought” for the party

The 20th CPC Congress has highlighted that Marxism “is the fundamental guiding thought on which our Party and our country are based and [the] one that invigorates them. Practice has told us that the reason why the CPC is competent and socialism with Chinese characteristics is good is, in the last analysis, that Marxism is valid, and so is Marxism Chineseized and adapted to our times.”

In this sense, the great partisan event has reached the conclusion that in the face of the different vicissitudes and difficulties that the world is going through at this time, China will only be able to respond successfully if it preserves “the exuberant vigor and thriving vitality of Marxism” integrated to the concrete reality of China and its culture, under the visions of dialectical materialism and historical materialism.

“Theoretical innovation based on practice”

To achieve this objective, the incessant promotion of “theoretical innovation based on practice” is necessary, which demands in the first instance “to correctly understand the conception of the world and the methodology of Xi Jinping’s thought on socialism with Chinese characteristics of the new era”. Likewise, the fundamental principles must be preserved and a systemic view must be maintained, accepting the multiverse nature of the planet in order to open up to a broader world based on the  “Chineseization of Marxism and its adaptation to our times”.

Ideological struggle at the center of global confrontation

These definitions are extremely important because, without going back to the cold war, they place the ideological struggle at the center of the global strategic confrontation. The struggles of the future, in particular those that the United States has unleashed against China, must necessarily be faced within a framework of systemic confrontation between development models that emerge from antagonistic ideological proposals.

Despite the fact that the West sang praises to the death of socialism after the disappearance of the Soviet Union, announcing that “history had ended”, the People’s Republic of China, its party and its people, in this Congress, have made it clear that the “the people you killed seem to be in excellent health”, recalling that famous phrase from the Spanish translation of the French comedy The Liar, written by Pierre Corneille.