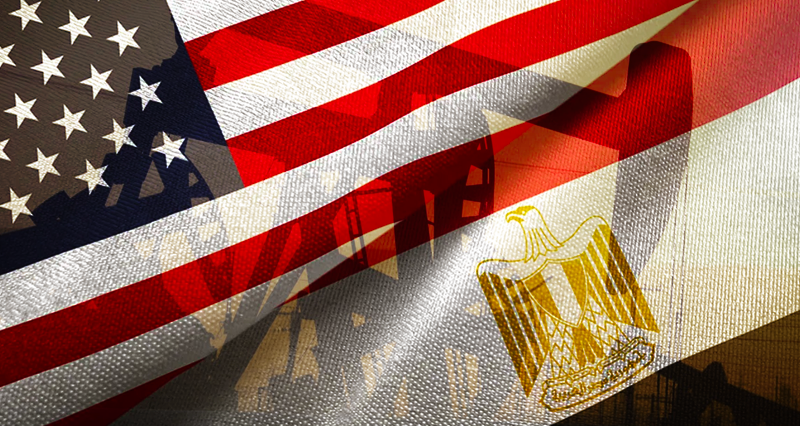 It seems that the OPEC+ decision to reduce oil production by 2 million barrels per day caused confused American reactions.

The US decision to withhold $75 million in military aid allocated to Egypt, about a month after withholding $130 million of same aid, is one manifestation of this confusion.

Withholding aid came after a statement issued by the Egyptian Foreign Ministry supporting the position of Saudi Arabia, which plays a leading role in OPEC, especially with regard to the technical considerations of the decision to reduce oil production.

Punishing Egypt immediately after this supportive statement, on the pretext of alleged human rights violations in Egypt, was a shuffling the cards, a game that Washington has become accustomed to. However, the US administration may not realize that this policy will have tangible negative repercussions.

According to an informed Egyptian source, Cairo is used to such shuffling the cards by US.

“The US administration thinks that this type of sanctions might achieve results in light of the difficult economic pressures that Egypt is experiencing. On the contrary, this type of practice motivates Cairo to move forward in opposing US policy and to become more strict in its refusal to interfere in its internal affairs”, the source said.

“Egypt can confuse American policies in Libya, Iraq, the eastern Mediterranean, and the security of the Red Sea”, he added.

I believe that the economic crisis in Egypt, which emerged clearly after the Russian invasion of Ukraine, put President Abdel Fattah al-Sisi in a dilemma that convinced him of the need to achieve a tangible breakthrough in human rights issues and the release of political detainees.

The crisis also prompted him to announce the launch of a national dialogue between the political forces and to announce an economic conference to discuss the best ways out of the crisis.

The regime’s steps towards political openness may have been slow, but at a time when Cairo is engaged in serious talks to obtain a loan from the International Monetary Fund (IMF) and prepares to host the United Nations climate summit) COP27, its encouragement to further steps is never with sanctions and aid cuts.

According to a political source, the security system in Egypt is in preparation on tiptoes for any attempts to thwart COP27 through demonstrations aimed at repeating what happened at the beginning of the last decade.

“The economic crisis in Egypt is real and affects everyone. There are fears of an additional increase in the cost of living after making difficult economic decisions after obtaining the IMF loan. Attempting to exploit the state of pent-up anger to revolt the citizens is extremely dangerous to the country’s stability and economic conditions”, the source added.

“Cairo is very upset with the decision and timing of withholding aid. But the Egyptian regime prefers to deal with these issues behind closed doors”, he said.

US aid to Egypt has been in great tension since President Joe Biden’s arrival at the White House. There are many reasons for this, the first of which is the friendly relationship between former US President Donald Trump and Sisi.

Since Biden’s entry into the White House, the US human rights reports, confirming the suppression of freedoms continues in Egypt, have increased. Part of the aid was also frozen for the first time in 2021. A second freeze was recently held, despite the Egyptian-American rapprochement since Cairo’s mediation to calm matters in the Gaza Strip last year.

Many expected that the rapprochement between Biden and Sisi would lead to the full return of US aid to Cairo, but the deduction of a large part of the aid, which is more than two and a half billion Egyptian pounds, came under the pretext of the decline in the human rights situation in Egypt.

According to the American media, senior members of the US Congress are calling for the entire amount of aid to be withheld until Egypt improves its human rights record, especially with regard to political prisoners.

However, according to a third source, the American influence on Egypt has greatly decreased in recent years, specifically since the June 30, 2013 revolution that toppled President Mohamed Morsi, against the will of many international parties, including Washington.

In recent years, Egypt has established intertwined political, economic and military relations with the Gulf, China, Russia and the Mediterranean countries, ensuring a large margins of manoeuvre, especially regarding the arrogant American dictates that neglect the principles of the internal sovereignty of countries.

Although many human rights critiques of the Sisi regime have merit and consideration, this regime is aware that it is important for the interests of many international parties.

The regime has succeeded in ensuring real stability after a deteriorating security issue, in which neighbouring countries feared the collapse of security situation for the entire region.

It has also succeeded in achieving economic and strategic partnerships with the Gulf States, concluding major arms deals that were reviving European economies. The regime now represents one of the important solutions to the problem of gas supplies to Europe in the winter after Russia reduces its supplies. It also succeeded in strengthening its economic and political relations with Russia and China.

According to the third source, withholding aid does not harm Cairo as much as it harms American influence and interests inside Egypt.

Despite the many economic difficulties that Egypt has faced in recent years, it has managed to obtain huge grants and aid from the Gulf countries. It was also able to obtain an IMF loan 3 times, and is preparing to obtain a fourth loan despite the difficulty of that under the regulations of the International Financial Institution.

This would not have been possible without the network of multiple interests that the regime has woven over the past years.

In fact, the current economic challenge is one of the most difficult one the regime is facing. It is aware of this and fears of any mistakes in the calculations of the required political breakthrough, so that the suppressed feelings of anger do not turn into protests that cannot be controlled by the security forces. This is something that opponents and allies of the regime alike fear.