Towards the 20th Congress of the Communist Party of China 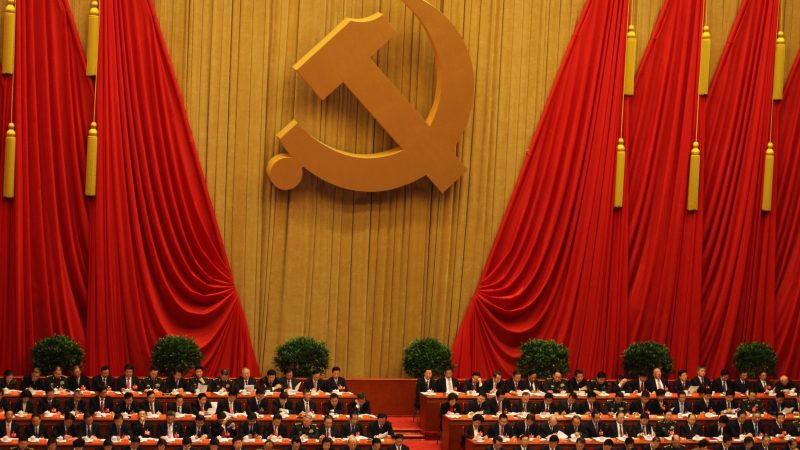 On Sunday, October 16, the 20th Congress of the Communist Party of China (CPC) will begin in Beijing, a summit event that will chart the course for the next 5 years of life of the great Asian country.

The 2,296 delegates will discuss the implementation of the common prosperity policy, which means that once the goal of eliminating extreme poverty has been accomplished, the CPC must now consider as its greatest challenge in economic matters reducing the wealth gap. In the international sphere, the main objective of the Congress will be to discuss the creation of the community of shared destiny for mankind, proposed by Secretary General Xi Jinping.

Internally, Congress will elect a new Central Committee of 203 members, the Political Bureau of 25, and its Permanent Committee, which consists now 7 members. But there are speculations that it could be expanded to 9 or even reduced to 5 members, as Xulio Ríos, international analyst and great connoisseur of the Chinese reality points out.

In matters related to international politics, the highest meeting of the Chinese communists will discuss the tense relationship with Washington, which is at its lowest point. The main reason is Washington’s use of the particular situation in Taiwan in order to generate conflicts and maintain a permanent tension that justifies the growing presence of the United States military forces in the seas adjacent to China. This presence and policy serves as an instrument of provocation to justify the increase in the sale of arms, its main industry and fundamental base of its economy.

China is preparing to participate in the G-20 Summit to be held in Indonesia on November 15 and 16, the first event after the start of the special military operation, now turned into an anti-terrorist operation in Ukraine, where possibly the leaders of both the United States and Russia will attend. Here, Beijing is expected to take a decisive stance in projecting its status as a power into the future.

From the economic point of view, the conclave will make an evaluation of the struggle against the Covid19 pandemic and the implications it has had for national life, in particular for the economy. Other problems that will be analyzed in Congress will be those of the demographic crisis and youth unemployment that has been increasing in recent years.

A quick look at the composition of the delegates reveals the shortcomings and potentialities of the CPC as the driver of Chinese society. Although the number of elected women increased by 2.8% compared to the previous Congress, their figure is still low, since it amounts to only 26.95% of the total. Likewise, among the Political Bureau of 25 members there is only one woman and it is not expected that this situation will change. This is a great debt that the CPC owes to society.

On the other side, minority delegates reach 11.5%, exposing here a positive over-representation, since minority ethnic groups in China constitute of 9% of the country’s total population.

On the other hand, the election of 33.6% of workers directly linked to production is relevant. Likewise, it is noteworthy that the average age of the delegates is 52.2 years – a clear expression of the renewal and providing the new generations with higher responsibilities. Within this figure, it is necessary to highlight that 18.9% are under 45 years of age and 59.7 under 55 years. 52.7% have postgraduate degrees while another 36% have achieved at least a college degree. It is also notable that 96.9% of the delegates joined the CPC after 1978, the year the reform and opening up policy was launched.

An aspect of great importance for the election of the delegates was their role in the fight against poverty alleviation and against the Covid19 pandemic, as well as in the promotion of technological innovation – areas from which true heroes and heroines have emerged who now they are recognized for their effort and dedication. Thy are being rewarding with their selection as participants in the most important gathering of political life in China. Of these, 710 have won honorary titles for their commendable work.

In terms of renewal, Congress will say goodbye to the “invisible” presence of Jiang Zemin, the main heir to Deng Xiaoping who, despite having retired from active political life, at the age of 96, continues to influence a not-so-small within the CPC and the state. Although Jiang is recognized as the initiator of a high-growth economic policy, the very same policy has generated high imbalances that Xi Jinping must now try to control. Jiang governed according to his principles of “efficiency first, justice second” and “smear first, clean second” that have caused so much trouble. Xi has had to make a superior effort to defeat the growing corruption stemming from Jiang’s time as the country’s top authority.

Although it seems certain that Xi Jinping will be elected to a third term as CCP General Secretary, other top leaders seem to have reached their twilight. These include current Premier Li Keqiang and Vice President Wang Qishan. Yang Jiechi, the head of the state’s foreign policy and the CPC’s foreign policy, is also likely to retire.

Among other leaders who envision their entry into the powerful Standing Committee of the Political Bureau, it is worth mentioning Hu Chunhua, who is mentioned as the probable new prime minister, Li Qiang and Chen Min’er, who seems to project himself as Xi Jinping’s successor when the latter retires perhaps in the next Congress if the country and the world are not going through a period of as much turbulence as the current one.