Suspension of the Mir card: a blow to Türkiye 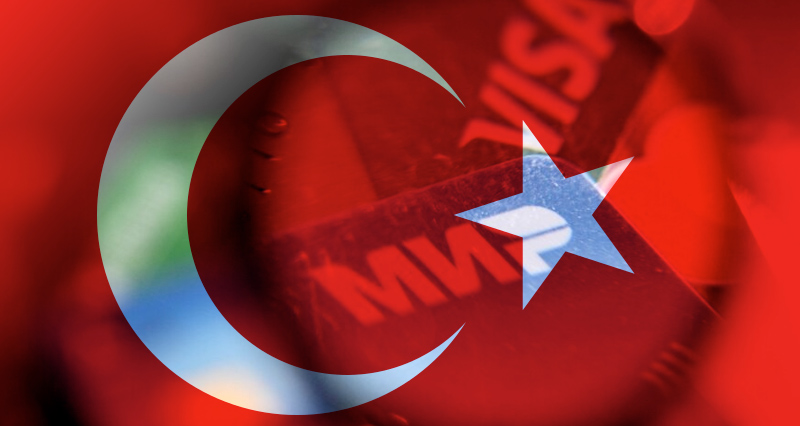 United World International expert Mehmet Perinçek gave an interview to the newspaper “Caspy” about the suspension of the Mir payment system in Türkiye. We present the interview, which was published in Russian, to our readers translated into English.

The Mir payment system is losing partners due to the risks of secondary sanctions announced last week by the US Treasury Department. Particularly impressive are the prospects of abandoning operations with this card in Türkiye, fraught with a serious blow to mutual trade, tourism and money transfers.

Amid the Ukrainian standoff in mid-September, the US Treasury Department warned that it could view actions by non-US financial institutions entering into new or expanding existing agreements with Russia’s National Payment Card System as “support for the Kremlin’s efforts to circumvent US sanctions.” At the same time, the United States imposed sanctions on Vladimir Komlev, the director general of the system that operates the Mir substation. It is clear that the increased risks are forcing neighbouring countries to curtail the service of Russian payment card.

Banks of several states stopped accepting cards of the Russian Mir system at once. Initially, two Turkish banks stopped serving them, explaining this by possible sanctions in retaliation for cooperation. The same problems arose in Kazakhstan, and then in Vietnam and Armenia – here the financial management called it an independent decision of commercial banks. Since mid-September, Uzbekistan stopped working with Mir for technical reasons, and after that Turkish state-owned banks joined the shutdown.

Considering that Türkiye is the most visited country by Russians, this is fraught with problems for trade, tourism and may negatively affect the cooperation between Russian and Turkish businesses. However, nothing prevents Russian banks from opening their affiliated structures on the territory of a neighbouring country, which would be engaged in the creation of the necessary infrastructure. According to Turkish media, Moscow and Ankara are already discussing alternatives, including even the possibility of creating a special bank for the Mir system.

It may seem that general anxiety is a separate problem, but the Financial Times added fuel to the fire. The publication reported that the United States is preparing to take action against Turkish banks that have connected to the Russian payment system Mir. The European Union is also concerned about cooperation between Russia and Türkiye in the financial sector. The growth of Turkish exports to the north raises fears in the West about closer ties with Moscow. Some capitals even asked Ankara for information about its relations with the Kremlin. As expected, the theme of the work of the Mir cards abroad, and especially in Türkiye, has more political overtones than economic ones…

On the causes of persecution

“In trying to put pressure on Türkiye, Washington and Brussels could not miss such an opportunity,” Turkish historian, political scientist and professor Mehmet Perinçek shares with us.

“It is obvious that anti-Russian sanctions are aimed not only at Russia, but also at Türkiye, and the current situation is another evidence of this,” the expert says. “So any concession to the United States in this regard implies significant damage not only to the Russian Federation, but also to our country. Therefore, Ankara should have reacted to such threats in the most severe way. Taking into account the political subtext of the demands to abandon Mir, concessions to the Americans will only increase pressure on Türkiye, so Ankara must resolutely refuse the Americans’ demand.

We cannot spoil relations with the Russian Federation for the sake of Washington’s interests also because our countries are in the same bundle in the face of the US economic attack, and the unity of destinies opens the way for military and political cooperation. This, of course, worries the West, so the US has embarked on clear threats to the Turkish business world. But no foreign power can prevent Türkiye from doing business with its neighbour.”

What will be the consequences?

Withdrawal from the Mir payment system will deal a crushing blow to the tourism business and trade in Türkiye itself, Mehmet Perinçek continued:

“Considering the tragic consequences of the refusal to use the Russian payment system, it turns out that this sanction is directed primarily against Türkiye. But for our country, which has serious current account deficits, it is unacceptable to give up income. After all, if Türkiye, which is experiencing a huge current account deficit, cannot receive Russian tourists, who will the sanctions hit?

The Mir payment system must be returned immediately, and all Turkish banks must encourage its use. We now simply need to establish all kinds of economic cooperation with Russia, creating opportunities for trade in national currencies. This is the only way to ensure cheap fuel, natural gas and electricity in our country.

It is obvious that the United States is trying at all costs to spoil Ankara’s relations with the neighbouring states and thus isolate our country from its neighbours. But Türkiye is not at all obliged to put up with this. It is vital for it to increase production and develop in close cooperation with Russia and other neighbouring states. This is especially true now, when the interests of Türkiye and Russia coincide like never before. By threatening Moscow, the Americans endanger Ankara’s interests. Therefore, Moscow needs Ankara to the same extent that Ankara needs cooperation with Moscow. Our countries can solve their problems only by cooperating with each other.”

The sanctions’ ring is tightening

In light of recent events, economic sanctions are intertwined with many underlying political circumstances, and Washington is increasingly punishing Ankara at the hands of Athens.

“Greece is turning into a kind of American military base,” the analyst states. “Behind the impudent antics of Athens, the interests and order of the United States are clearly traced. By the way, Armenia’s aggressive behaviour lately is far from accidental. Türkiye is being encircled from all sides, and the armed threat is reinforced by threats of economic sanctions that threaten to bring down the Turkish economy.”