Who does not want a normalization of relations in the South Caucasus? 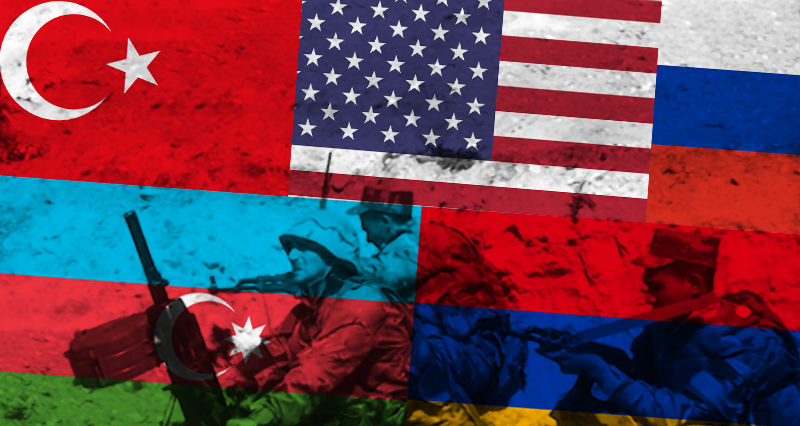 United World International expert Mehmet Perinçek gave an interview to the Azerbaijani press about the latest developments in the South Caucasus. We present the interview, which was published in Russian, to our readers translated into English. Subheadings belong to UWI.

Turkish President Recep Tayyip Erdoğan recently said that he could meet with Armenian Prime Minister Nikol Pashinyan in Prague, where first a meeting of the European Political Community will be held on October 6, followed by an informal EU summit. A statement was also made from the Armenian side, which confirmed Pashinyan’s trip to the capital of the Czech Republic and the likelihood of negotiations with the Turkish leader as part of the Armenian-Turkish settlement, in which, as shown by the recent “brainstorming” in Yerevan, almost no one believes in.

Armenian experts discussed the process of settling Armenian-Azerbaijani and Armenian-Turkish relations. Sociologist Gevorg Poghosyan, referring to the studies of the American Institute IRI in 2021 and 2022, noted that 90% of respondents consider Türkiye as main threat, while 77% consider that Azerbaijan also presents a threat. So how likely is a settlement if public opinion polls show that the Armenian society is not ready for this? Answering this question from Oxu.Az, Turkish historian and political scientist Mehmet Perinçek noted that he does not believe in the relevance of these studies:

Mehmet Perinçek: After the second Karabakh war of liberation, the West lost a significant part of its influence in the South Caucasus. Regional forces, especially the Ankara-Baku-Moscow triangle, took the initiative into their own hands. There is also a 3+3 platform (Türkiye – Russia – Iran and Azerbaijan – Georgia – Armenia). All this hinders the dense Western penetration into the region. At some point, Ankara, Baku and Moscow began to rescue Armenia from “Western embracement” and win it over to their side. Of course, as we can see, the Americans were unhappy with this. The US tried to use the Armenian revenge-seekers to start a war with Azerbaijan. Nothing happened, because Nikol Pashinyan and his political force won the early parliamentary elections in Armenia, and the revanchists were completely defeated. There was also a weak coup attempt in Armenia recently, which failed.

The head of the CIA, William Burns, also visited Armenia. In my opinion, he wanted to push Armenia to war with Azerbaijan and, moreover, start a quarrel between Türkiye and Russia, because, according to the US plan, Ankara and Moscow should have intervened in the conflict in the South Caucasus (in the form of the CSTO). And soon, armed provocations from Armenia on the border with Azerbaijan followed. Atlanticists want to provoke a war between Azerbaijan and Armenia in every possible way. This must be prevented. The stabilization of the region is beneficial to all regional states. President of Azerbaijan Ilham Aliyev spoke about this and offered Armenia to sign a peace treaty on fair terms. And I think that the majority of the Armenian people are for peace with Türkiye and Azerbaijan. Armenia can solve its economic and social problems only in cooperation with neighbouring countries.

And all these surveys, as I said, can hardly be considered relevant. In Armenia, the main problem is not Karabakh or the war with Azerbaijan, but the economic crisis. Half of the Armenians are looking for work in Türkiye. Was their opinion taken into account in the sociological study? And how can they oppose the normalization of relations with Türkiye? Do you know how many Armenians live illegally in Türkiye to earn a living and help their relatives in Armenia?

Oxu.Az: I have seen figures from 100,000 to 150,000 Armenian citizens illegally residing in Türkiye, this is not counting Turkish citizens of Armenian nationality and legal Armenian migrants…

That’s right. And, most likely, there are two or three times more Armenian citizens in Armenia who want to come to Türkiye and earn money.

Oxu.Az: It turns out that you see the perspective of an Armenian-Turkish settlement?

Yes, I see that. This is important, and it will prevent US intervention in the region. I will tell you more: 10-15 years ago, I was strongly against the process of the Armenian-Turkish settlement and normalization of relations between Ankara and Yerevan (talking about the “Zurich Protocols” of 2009 – ed.), I wrote and spoke a lot on this topic.

Back then Karabakh had not been liberated yet! But now, it’s a different matter. After the victory of Azerbaijan, it is possible to discuss the normalization of relations between Türkiye and Armenia. Yes, war was needed to win, but peace is needed after victory.

Oxu.Az: Armenian experts are outraged that Ankara allegedly sets preconditions for the normalization of relations with Yerevan. The main one is the recognition by Armenia of the territorial integrity of Azerbaijan, which the Turkish leadership insists on…

This is not a precondition, but a necessary condition for the normalization of relations with Armenia. Why did Türkiye once close the Armenian-Turkish border? This happened due to the occupation of Azerbaijani lands by Armenia. The occupation is ending – you can now sit at the same table with Armenia. But in order this to happen, Armenia must recognize the territorial integrity of Azerbaijan – by the way, not only that of Azerbaijan, but also Türkiye’s. In 2009, there was an attempt to negotiate with Türkiye on the settlement of relations without resolving the Karabakh issue, the Americans insisted on this, they tried to attract Armenia from Russia to the side of the United States through the normalization of relations with Türkiye. But we – the Turkish society – were against it.

Now, I repeat, there is an opportunity for an Armenian-Turkish settlement, since the territorial integrity of Azerbaijan is being ensured. And Armenia still has to prove its good intentions and renunciation of territorial claims against Azerbaijan and Türkiye. There is a preliminary basis for negotiations now, but in 2009 it was not.