Brazil chooses 2022: The numbers and more… 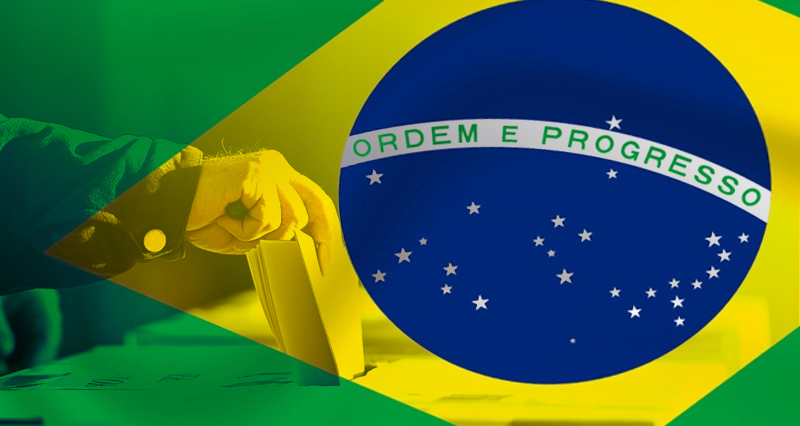 This October 2, the largest democracy in Latin America will hold general elections and, depending on the reaction of the political forces to the results, the progressive wave advancing in the region will be reaffirmed – or not. The Brazilian people will go to the polls to elect federal deputies, who will renew half of the Brazilian Congress, governors and deputies at the state level, and, finally, the president and vice president of the Federative Republic of Brazil.

In this way, the new political map will be defined within the Brazilian legislative and executive powers. It is worth emphasizing that the arbiter of this contest will be the judicial power, more specifically: the Supreme Electoral Tribunal (TSE) of it. The TSE is the only competent authority to determine the functioning, legality and transparency of the electoral process as a whole, in short, the validity of the results.

Brazil is the country with the largest population (and extension) in Latin America and the Caribbean, with approximately 215 million inhabitants (2022); in such a way that, due to the automated biometric system, through these general elections the largest electronic vote in the world will be carried out. Here are some of their impressive numbers:

• More than 150 million Brazilians are eligible to vote, 700 thousand of them will do so from outside the country.

• 55 positions will be in dispute, between representatives of the executive and the legislative: 27 senators, 27 governors, and the president-vice president.

• As well as 1,572 proportional positions: 513 for the Chamber of Deputies; 1,035 for the state Legislative Assemblies, and another 24 positions for the Legislative Chamber in Brasilia.

• In total, there will be 27,964 candidates who will compete in these elections.

Only in the case of the positions for governor and president-vice president of the Republic, if none of the candidates reaches more than 50% of the valid votes, the two most voted in the first round will contest the second round of the general elections. In this sense, the most realistic scenario projects that Lula and Bolsonaro (out of a total of 11 presidential candidates) will go to a second round, which will take place on October 30. Also, in the state of Sao Paulo, where the largest population and the largest electoral center in the country are located with more than 45 million inhabitants, it is also expected that the candidate of the Workers’ Party (PT), first in the polls, will pass to the next and decisive electoral stage, either with Bolsonaro’s candidate, Tarcísio de Freitas (Republican Party) or with the current governor, Rodrigo García (Brazilian Social Democracy party-PSDB).

Analysis of the electoral context

The context, in which the general elections will take place in Brazil on October 2, is an environment of extreme polarization. In fact, Brazilian society has seldom in its history been as politicized as it is today, issues that previously had priority over everything that was happening in the country, such as football or carnival, lost weight and importance before the crucial decision that the Brazilian people are about to take: the continuity of Bolsonaro in power or the return of Lula to the government.

In the case of Bolsonaro, who has maintained a changing position throughout his term in the face of different problems and issues that have affected Brazilian society, the same attitude has been observed regarding the general elections of October 2022. Bolsonaro has done everything possible to plant the idea in the international community, but above all among his supporters, that the current Brazilian electoral system is not reliable, and thus the scenario of non-recognition of the results continues to be a real and concrete possibility.

Regarding his government proposal, according to the current president, he considers that “the country’s economy is better than ever”, in addition to the social plans and subsidies that he has implemented (“Auxilio Brasil”), together with the tax relief to the most used fuel in Brazil (Ethanol), has allowed it to gain a false and unsustainable image that he cares about the needs of the Brazilian people. It is worth noting that these measures have only been taken in the framework of the pre-electoral campaign and that they imply significant budget cuts in health and education policies, critical sectors that have been seriously affected.

Bolsonaro’s supporters are convinced of an overwhelming victory for their president, who best represents them, in these elections. In addition, they consider that the Superior Electoral Court is in a direct confrontation with the Brazilian Head of State, and that this would be proof that the Judiciary will promote electoral fraud, to benefit the candidate of the Workers’ Party, Lula da Silva. The most radical and violent wing of Bolsonarism has even gone so far as to say that, if fraud is consummated, they would see the participation of the military in the “restitution of democracy” as feasible as well as taking justice into their own hands and attempting an assassination against Lula.

For his part, in this electoral campaign, the former Brazilian president (2003-2011) Lula has tried to build a collective leadership that brings together the largest number of identities and representatives of the Brazilian people, society and politics. An example of the latter is that Lula is running for president-vice president with an old political adversary, Gerardo Alckmin, former governor of the state of Sao Paulo, who is of a social democratic or center-right tendency. This nomination, at first, was not well received in many of the progressive and revolutionary sectors that support Lula da Silva, however, it has already been accepted because the objective that has been set in these elections is greater: to avoid the re-election of Bolsonaro and against the advance of the neo-fascist movement that brought him to the presidency, the currently called Bolsonarismo.

The collective leadership that supports Lula is made up of the Landless Rural Workers Movement (MST); the large and powerful trade union movement; the environmental movements that demand respect for the Amazon; the movement for the rights of indigenous peoples who are threatened on their own lands by the illegal exploitation of natural resources, the lack of and disrespect for territorial demarcation; movements against structural racism, police violence against blacks has increased in recent years, where we have sadly witnessed the death of black political leaders, as was the case of Marielle Franco in Rio de Janeiro; the feminist movements and the diversities of gender and sex, among other social, political, cultural actors that will make possible the return of Lula to the presidency, as the first objective to be able to begin reversing the effects of the coup against Dilma Rousseff and the government of Jair Bolsonaro.

In conclusion, the challenges that Lula will have to face -if all the projections are confirmed, through which he will be re-elected president of Brazil- are enormous. In this sense, Lula and the movements, organizations and personalities that support him are fully aware of the difficulties. For this reason, it is understood that reaching the presidency, whether in the first or second round, is not an end in itself, after defeating Bolsonaro with the votes, Bolsonarismo and the structure of the bourgeois state will continue to be there, inside the three traditional powers Brazil. It is also worth saying that the collective leadership has demands that it intends to collect and call on from Lula da Silva, and Lula in return has promised to settle those debts with more social justice. For this reason, he said, “I accept the challenge of being president again”. The Brazilian people are expecting not that Lula does the same, but also does it better.