“If Ukraine and its Western supporters continue to attack these regions, an official war will most likely be declared” 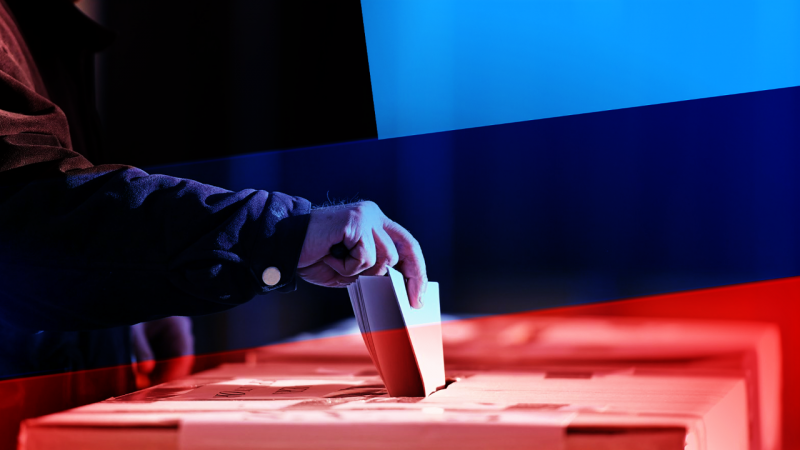 United World International expert Onur Sinan Guzaltan, has evaluated recent developments such as the referendums to be held in 4 regions (Donetsk, Lugansk, Zaporozhe and Kherson) and the Russian decision of partial mobilization for Sputnik Türkiye.

“If these regions remain under Ukrainian attack after joining Russia, Moscow will have the right to officially ‘declare war’.”

Commenting that the results of the referendums in the aforementioned regions will most likely be in favor of joining to the Russian Federation, Guzaltan stated the following: “These regions will be integrated as parts of the Russian territory by Moscow depending on the results. Therefore, any attack over these territories will automatically be considered an attack on the Russian Federation itself. In other words, Russia will have the right to ‘officially declare war’ according to international law. It will now officially have the right to stand against the forces that carry out this attack. And from my point of view, this is the real reason why these referendums are being held at this time. Thus, the ‘security’ of those regions will be ensured both physically and legally by joining the Russian Federation”.

Guzaltan also referred to the relationship between the partial mobilization announced by Putin, and the referendums held in Donetsk, Lugansk, Zaporozhe and Kherson:

“Russia is strengthening its presence in these regions. And these referendums are actually a step into this plan of strengthening its existence. The announcement of this partial mobilization is also a part of this. Moscow will first recognize these territories as a part of itself, if the referendum results in a decision to join Russia. In other words, the ways of intervention against any attacks will change as well. If Ukraine and the Western forces supporting it continue to attack these regions, an official war will most likely be declared. But it is difficult to predict on of these options: Will Russia only take limited action against the attacking forces directly, or will it also take action against the US and Western forces that financed these attacks.”

“Notwithstanding these options, it is possible to say that Russia has managed to secure a front there. Until now, Russia has been maintaining its presence in these regions under the label of ‘special military operation’ and has been using a very small proportion of its military force, when you consider the strength of the entire Russian army. With this partial mobilization decision, it is also strengthening its military presence in these regions. Perhaps along with this decision, it will accelerate its military operations both in Donetsk, Lugansk, Zaporozhe and Kherson as well as outside these regions.”

“Russia is now in control of these regions. And with this referendum its de facto control will be elevated to a de jure level.”

Evaluating the possible reactions of other countries in the event of these regions joining Russia after the referendum, Guzaltan said: “This issue is highly controversial. Similar issues were raised not only in Russia, but in many other parts of the world. There is already a de facto control here; Russia is now retaining its military sovereignty in these regions by physical means. It is now trying to bring this control to a ‘de jure’ (by law) level. It is still debatable whether other countries would recognize it, or which countries could recognize it, or what will happen next. There is the example of Crimea, and in terms of international recognition, Russia has not been very successful there. Now it is also a topic of debate how much international recognition will the joining of these regions get. But Russia is trying to get a legal ground, according to its own logic. It is basically not possible for Europe to recognize it in any way, but other than that, as I have said, it is still debatable because this is also a very ambiguous point in terms of international law. There are no definite or precise answers in the issue of international recognition. But Russia is already in control of those areas. And with this referendum, it will take this to a de jure level”.

“The US will keep up the provocations, including nuclear ones, in order to further deepen this war”

Guzaltan warned that ‘a tough process is awaiting everyone’ in the upcoming time periods, while saying:

“I do not think that any European country can deploy forces directly onto the battlefield. But I think that American provocations, including nuclear meltdown sabotage, as they have already tried at the Zaporozhe Nuclear Power Plant, will keep up. And these provocations will all just serve to further deepen the war, and even to physically deploy the European armies against Russia.

We have already said that Europe has shot itself in the foot by coming up with sanctions against Russia and following the United States’ directives. Today, the entire world is already aware of the situation, where Europe is greatly hit by the energy crisis and in economic terms as well. These things also have consequences for Europe. Leaders like Boris Johnson in the UK, Draghi in Italy, and the pro-US government in Bulgaria were overthrown. Macron in France has lost the majority of seats at the parliament and their system came to a deadlock. And there is political turmoil in Germany. We will see the results of these actions, as changes of government in Europe after the long harsh winter. The European rulers and the political elite are at a point where they do not act according to the national interests of their own countries, but in the interests of the United States. Therefore, the peoples of Europe will sooner or later rise up against these governments”.