Possible outcomes of a nuclear meltdown in Zaporozhe 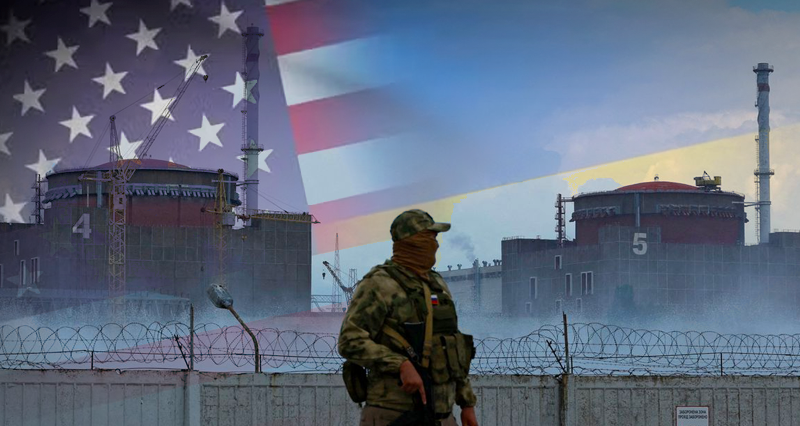 Ukrainian attacks on the Zaporozhe Nuclear Power Plant, currently under the control of the Russian forces, continue to intensify each day.

The Ukrainian President Zelensky has announced to the world that the attacks on the plant were not random, but deliberate, with his statement “Any Russian soldier who shoots at or under the cover of the plant will be a special target of our military intelligence, our special services and our armed forces”.

As the conflicts continue in the surrounding areas of Zaporozhe, Russian Federal Security Service (FSB) shared the information that the Ukrainian elements attempted a sabotage attack on the Kursk Nuclear Power Plant, which is located deep inside Russian Federation.

While the Russian state officials invited United Nations investigators to the plant for urgent inspections, the Russian Defense Minister Sergei Shoigu emphasized that there is no such situation in Ukraine that requires the use of any nuclear weapons.

As Russians are trying to repel the American nuclear provocations through Ukraine, the former President Dmitry Medvedev gave a message that this act of the West would not be unreciprocated: “We must not forget that the European Union also has nuclear power plants. And accidents are possible there too”.

And finally, the Commander-in-Chief of the Ukrainian Armed Forces, Valerii Zaluzhnyi, stated that the use of tactical nukes in this war is quite likely.

Previously, in my article titled “Plan of the USA: Confining the world to an East-West dilemma and the possibility of nuclear provocation”, written on August 13, I have explained that the United States might attempt a nuclear provocation through Ukraine to obstruct the exchanges between Europe and Asia.

The same danger still persists in Zaporozhe. I consulted retired Lt. General Ismail Hakki Pekin, who also served as the Head of the Turkish Armed Forces’ Chief of Staff intelligence.

According to ret. Lt. Gen. Pekin, the Ukrainian side is “over exaggerating” the Zaporozhe issue, aiming to “get further support from the West” with this nuclear threat.

Stating that artillery shelling would not cause a meltdown in the power plant, Pekin said “there needs to be a accumulation of heat for a meltdown…. Such a situation can only occur if incendiary munitions being dropped over the power plant by bombers, or if there is a sabotage attack from the inside.”

And when asked about the possibility of a conflict with tactical nukes, Pekin replied: “I do not see such a risk for the current situation. But if Russia gets cornered severely, then this question may be raised again”.

Pekin also considered the possibility of Russia being forced to such a move through the sabotage of power plants: “There are such examples in history…. For instance, in World War II, Marshal Tito ordered to blow up the Neretva Bridge in order to prevent the Germans from crossing it, but nuclear is a much different thing. The consequences would be catastrophic, it would basically be a suicide…”

Lt. Gen. Pekin also shared the following important information on this recent subject; “There was once an American nuclear scenario that foresaw a pressure on Russia into using nuclear weapons, and then to retaliate Russia severely that it would never get back up on its feet. I do not know if the US still considers such a strategy…”

What would be Russia’s response if there was such a nuclear meltdown in Zaporozhe as a result of a possible Ukrainian bombing and/or sabotage?

Would such a thing lead Russia to use its own tactical nukes?

The principle of “escalate to de-escalate” in the doctrine of nuclear warfare, involves the use of tactical nukes in order to stop a conventional war, and to force the other side to sit at the negotiating table.

According to this principle, the tactical nukes to be used must be of a low yield in order to not to force the other side to use its strategic nukes in retaliation, but of a high yield that would be enough to end conventional war.

It is quite difficult to answer whether a possible meltdown in Zaporozhe would force Russia to make such a move.

However, it is clear that the world is on the brink of a nuclear warfare today.