Dilemma in the upcoming election in Sweden 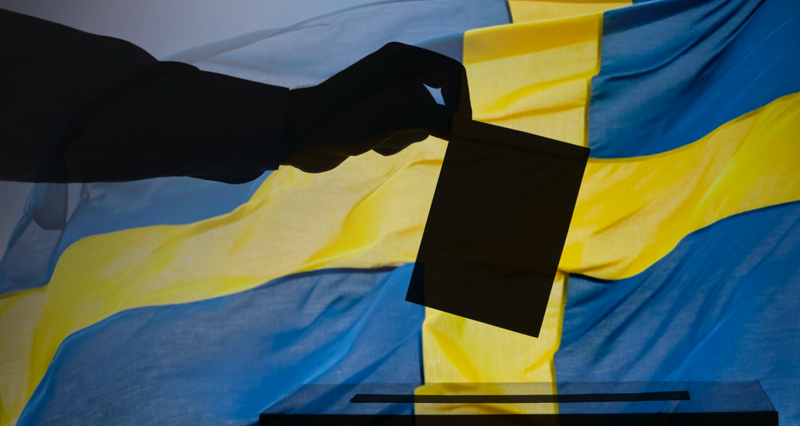 On September 11, the Swedish people will go to the polls and vote for the party they want to govern the country for the next four years. They will also choose the parties that will have a say in 20 regions and 290 municipalities.

We had written about the process that started with Sweden’s application to NATO and the anti-Türkiye sentiment that developed after Türkiye’s stance against Sweden for “harboring terrorists” in Aydınlık newspaper.[1]

Drawing attention to rising racism in Sweden, we had also written that the protests in immigrant-majority areas, initiated by the “burning Qoran” provocation of a convicted racist party leader, were turned into a populist discourse against “immigrants and Muslims” by government and opposition politicians.[2]

Shortly before the elections, the debates are dominated by the topics “anti-NATO-Türkiye”, “anti-immigrant and Muslim” and “failure of integration”.

The party that has poisoned the public by twisting both the government and the opposition around its little finger is the Sweden Democrats (SD). The SD came third in the last elections and is today the flag-bearer of anti-immigrant and anti-Muslim sentiments. This party, which supposedly asserts to take a national stance, mainly argues for a halt to immigration to Sweden and for the immediate deportation of immigrants who commit crimes, along with their families. With 61 deputies in the 349-member Swedish parliament, the SD – whose target is to come to the power – is setting the agenda by winning over the Moderate Conservatives (M), Christian Democrats (KD) and Liberals (L). The ruling party, the Social Democrats (S), cannot avoid falling into the SD’s trap when it comes to discussions on “rebuilding the welfare state”.

Anti-immigrant and anti-Muslim racists are constantly targeting immigrant-heavy ghetto areas. One such area is Rinkeby, a suburb of Stockholm with more than 100 ethnic groups and more than 150 languages. The colorful life here is characterized by the joyful coexistence of large families, good neighborliness and solidarity. But the negativities in the area have been exposed by research and studies over the years. In such areas, where people of different ethnic, religious and cultural backgrounds live, sometimes as separate islets; “family courts”, clerical oppression, peer pressure on women, students who are not allowed to attend music and sports classes, girls who cannot continue school, and patriarchal pressures on girls and boys: All these incidents are constantly reported in the press. The main problems in these areas are the inability of the recent immigrants to gain entry into working life and get rid of welfare dependency, the high number of psychosomatic illnesses, adults having difficulty in speaking Swedish. Life in the backstreets of Sweden and Stockholm has been the talk of the press and politicians for years.[3] The lack of solutions despite all these talks exacerbates the problems and increases the sense of “exclusion” among people in these regions.

Will the Rinkeby-Ursvik Bridge be broken?

The SD also targets the bridge linking Rinkeby with the newly established, less immigrant area called Ursvik, which has not yet been put in use. The bridge, which crosses the borders of two different municipalities, cost 92 million kroner. SD claims that house prices in Ursvik felt because of the fear caused by Rinkeby and wants the bridge to be demolished.[4]

Will migrants pay the price for the failure of integration?

Policies that are influenced by the perspective of ethnic Swedes and “expert” immigrants who approach regions with a high immigrant density with the discourse of “multiculturalism-multikulti” and “immigrant romanticism” do not contribute to the solution of the “integration” problem. Some problems are already entrenched.

In recent months, laws have been amended and penalties have been increased due to gangs, inter-gang showdowns, executions on the streets, drug trafficking and use, and the uncontrollable rise in crime rates in migrant-heavy areas. According to a study conducted by the Criminal Care Authority among detainees and in correctional institutions in 2019-2020, around 1,200 children and young people under the age of 21 are arrested in Sweden every year. Detainees are restricted from associating with other detainees, receiving visitors, writing and reading letters, and making phone calls. Unfortunately, these restrictions and isolation negatively affect the psychological and physical health of children and young people. Sweden is criticized by national and international organizations for human rights violations in detention centers. The study also revealed that the psychological health of detainees without citizenship is more severely affected.[5] In short, integration problems are too complex to be solved through crime and punishment.

In the accelerating battle for votes, the Social Democrat government, just like the opposition, prefers to focus on migrant-heavy areas through “rising crime and gangs” as the finger of blame. In search of new policies to face the opposition’s accusations, the government is looking to Denmark for help in solving the increasingly complicated problem of integration. Anders Ygeman, Minister of Integration and Migration, and Lena Hallgren, Minister of Social Affairs, visited Denmark to examine the settlement strategy there. These strategies will be imported to Sweden.

Will migrants be forced to move out?

The Danish government divides immigrants into those from “Western” and “non-Western” countries. Western countries include the EU countries, the US, the UK, Australia, New Zealand, Switzerland, Norway and some other small states. The rest is categorized as “non-Westerners”. According to the 2030 target agreed upon by both the Danish government and the opposition, the proportion of “non-Westerners” will not exceed 30% in any neighborhood. In line with that, “non-Western immigrants” living in some immigrant-heavy areas have started to be forcibly evicted from their homes.

Since no such settlement policy has been followed in Sweden so far, it is a matter of debate how to reduce the immigrant rate, which has reached 89% in some regions, to around 30%.

The Liberals (L), which have been losing ground ahead of the elections, are now relying on racist discourse to overcome the 4% threshold and is following the lead of the Sweden Democrats (SD), whereas the party has a history of anti-racism. Bengt Westerberg, a former chairman of the party – whose name was People’s Party before – left the studio when the leader of New Democracy (Ny Demokrati), the predecessor of today’s racist party that entered the parliament with 10% of the vote in the 1991 elections, entered the studio of Swedish Television (SVT). While leaving, Westerberg stated that he would “not be on the same panel with racists”. Westerberg’s stance had been supported by his party and the public and had strengthened anti-racism. However today’s Liberals are populist and anti-immigrant. They want 2-year-olds in immigrant-heavy areas to be tested on their level of Swedish.

After the Liberals demanded language tests for 2-year-olds, the chairman of the Moderate Conservatives (M) has called for ADHD tests for 5-year-olds living in migrant-heavy areas.[6]

The Left Party (V), which supports the current government without being a part of it, says “no to NATO”. Although the party’s leader Nooshi Dadgostar, who does not oppose US policies, stated that his party is against their MPs posing for photos wearing YPG/PKK t-shirts, the Left Party insists on anti-Türkiye stance. V is also against arms sales to Türkiye. The party’s election leaflets are published in Kurdish spoken in Türkiye (Kurmanji), Kurdish spoken in Iraq and Syria (Sorani), Arabic, Somali and Farsi, but not in Turkish! The party’s prescription for rising rate of violence and crime is more police and more penalties.

The Christian Democrats (KD) are following the SD’s lead in opposing immigration and Islam. After 100 police officers were injured during protests against the racist Paludan’s Koran burning, party leader Ebba Busch Thor argued that the police should have fired at the protesters, saying “100 protesters could be injured instead of 100 police officers”. KD is preparing to form a coalition with the Moderate Conservatives (M) and the Sweden Democrats (SD) after the September elections. In Sweden, women head 5 of the 8 parties represented in the parliament.

The Sweden Democrats are ranked second in the last two opinion polls. The party, which is driving all election debates to its favorite ground with its anti-immigrant and anti-Muslim discourse and taking the lead in anti-Türkiye sentiment, seems to be reaping the fruits of these efforts. After the elections, a right-wing coalition dominated by anti-immigrant and anti-Muslim sentiments is possible.

Turks have no pressure group

[6] The ADHD-ADHD test is used to help diagnose attention deficit hyperactivity disorder. The test could lead to migrant children being diagnosed and sent to “special” classes. The fact that the test is conducted in Swedish is one of the main criticisms of the test.