Gorbachev: The leader that paved the way to the Ukraine crisis 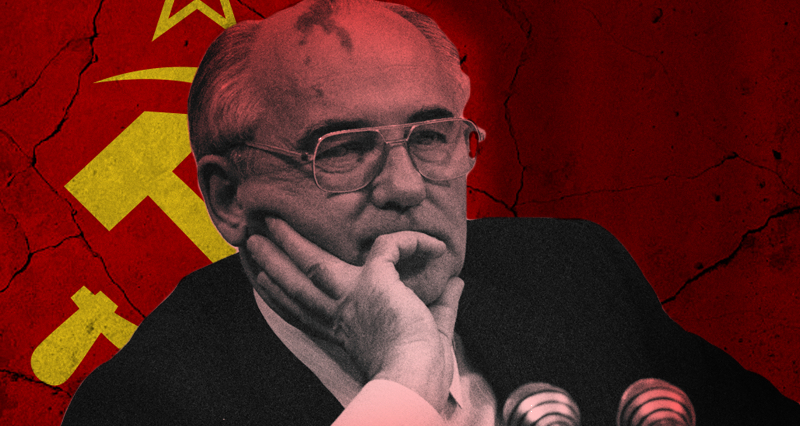 “We can describe Gorbachev as the last link in a chain, because the Soviet Union did not collapse only due to Gorbachev’s actions. The Soviet Union’s process of collapse had already begun before Gorbachev. Gorbachev is a result of the process, in which the Soviet Union took an irreversible path leading to capitalism, especially after the second half of the 1950s, starting with Khrushchev and the 20th and 22nd congresses. Thought not the sole responsible, Gorbachev still bears great responsibility for the dissolution of the Soviet Union. He dealt the final blow to the decaying system and left the Soviet Union in the hands of the free market as a result of Soviet revisionism. On top of the corruption of Soviet revisionism, Gorbachev put in place a political and economic policy that was much more negative, much more destructive for the people and the country. By handing the country over to the free market, he paved the way for the Yeltsins.

Gorbachev handed the country over to the free market in terms of internal politics, and in terms of international politics, to the US. No one would have expected a country like the Soviet Union to collapse and fall apart. We can say that the Gorbachev government laid the foundations for this. Yes, he ended the Cold War. How did he end it? By losing to the US. Every war eventually has a winner and a loser. In the Cold War, Gorbachev surrendered to the US without fighting, without firing a single bullet. The integration of the Russian economy with the Western centers, the emergence of income inequality within the country and the widening of the gap between the classes is a product of the policies pursued first by Gorbachev and then by Yeltsin.

If you look at the issues that are still being discussed today, for example NATO’s encirclement of Russia, the Gorbachevs accepted with closed eyes what the West promised. The West promised the Gorbachevs that NATO would not expand further east of Berlin. The Gorbachevs believed these promises and disbanded the Warsaw Pact without even receiving a written documentation of those pledges. The surrender to the Western camp eventually led to the war in Ukraine.

If you ask how Russia perceives Gorbachev today, there are many statistics and opinion polls on this subject. Yeltsin and Gorbachev have been the most unpopular leaders in Russia. When we look at the politicians who are most trusted, admired and whose policies are most desired to be implemented, figures like Putin and Stalin are always at the top. In other words, both internationally and in terms of domestic politics, those who pursue the opposite policies of Yeltsin and Gorbachev are at the top. This is one of the most important signs of how Gorbachev is seen in the country.

When Gorbachev came to power, the system in the country was decayed and was no longer working. He saw the need to intervene, but instead of moving the system in a better direction, his interventions led to its breakdown. One of Putin’s most important statements was that ‘the collapse of the Soviet Union was one of the most complicated events of the 20th century, in fact, one of the greatest disasters that ever befell the country’. Gorbachev and Yeltsin together played a role in the process that broke up the Soviet Union and opened the way for a unipolar world, albeit at times at odds with each other. The unipolar world has resulted in not only Russia but also other countries becoming targets of the US.

It is also very evident from the reactions to his death: Gorbachev was the hero of the West’s program of a unipolar world. The West was always the first and most vocal in praising Gorbachev.”