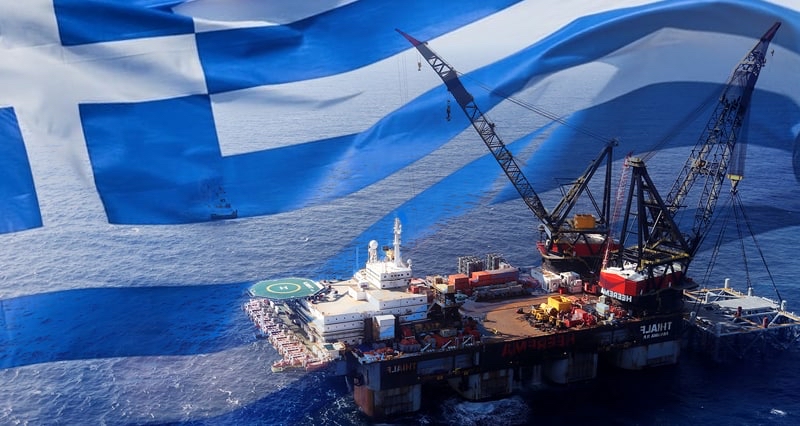 For a long time, Greece has been very concerned about losing its regional importance, not being taken into account and not being treated as a respectable state. The recent rise of Türkiye as a global actor has severely harmed Greek politicians’ morale and future plans, to the point where they have begun to plot ways to discredit Türkiye.

Their first attempt to cause problems and enter into armed conflict with Ankara in order to expel Türkiye from the Aegean Sea was to arm the islands near the Turkish coast – in violation of the Zurich Agreement.

Other steps followed: Greece used the S-300 defense system to lock on Turkish jets. The Greek Cypriot Administration of Southern Cyprus had purchased these during the Glafkos Clerides era from the Russian Federation, but was forced to transfer these to Greece due to Turkish political pressure.

The Greeks’ goal in this incident is clear: to incite a conflict with Türkiye. As a result, it will start a war or spark a conflict between Türkiye and the West by forcing Türkiye to activate the S-400s in its possession. But the (HISAR U) SIPER Block-1 air defense missile, which Greece has forgotten, is more advanced than the S-400s and will be included in the Turkish Arms Forces inventory in 2023. This system has a range of 100 kilometers.

The Turkish Air Defense system has the capability and equipment to detect and destroy a military jet plane taking off from Greece in the middle of the Aegean Sea.

Türkiye has two seismic research vessels and four deep-sea drilling vessels at the moment. Its navy consists of new ships outfitted with cutting-edge technology. It goes without saying that it also has the region’s most powerful navy.

Indeed, Greece’s strategy and ultimate goal, as it is known, is to seize natural gas deposits in the Eastern Mediterranean and establish a gas empire that transports gas to Europe under its own control.

Greece, seeing Ankara as the only impediment to its plan, is attempting to eliminate Türkiye in order to realize its dream of a gas empire.

Greece, which prefers to begin by instilling tension in order to achieve this goal, wishes to undermine all of Türkiye’s contributions to world peace, particularly in the Ukraine-Russia conflict, and to discredit Türkiye.

Its goal is to inadvertently cause problems in the Aegean Sea and the Eastern Mediterranean, pitting Türkiye against the so-called “West”, the EU and US alliance.

To use this crisis to force a portion of the Turkish Navy to deploy in the Aegean Sea and the remainder in the Eastern Mediterranean in response to Greece’s deliberate provocations; to weaken the defenses of the “Blue Homeland” by dividing Turkish Navy into two parts; to form alliances with states in the region that are hostile to or disagree with Türkiye to the degree of hostility; encircling Türkiye along the Aegean and Mediterranean coasts and immobilizing it, as well as seizing a large portion of the Eastern Mediterranean’s natural gas reserves.

However, Greece’s Eastern Mediterranean Strategy has been a colossal failure. The relations between the UAE, Saudi Arabia, Israel, and Egypt, in which he had put his trust and attempted to form a strong front against Türkiye, abruptly shifted. Greece’s role in the Eastern Mediterranean was quickly eroded by Türkiye’s successive moves, despite the support of France and the United States.

The world has realized that Greece’s efforts are futile and that no initiative in the Eastern Mediterranean will succeed without Türkiye and Turkish Cypriots. And Greece will soon become aware of this as well.