Some challenges the UK faces 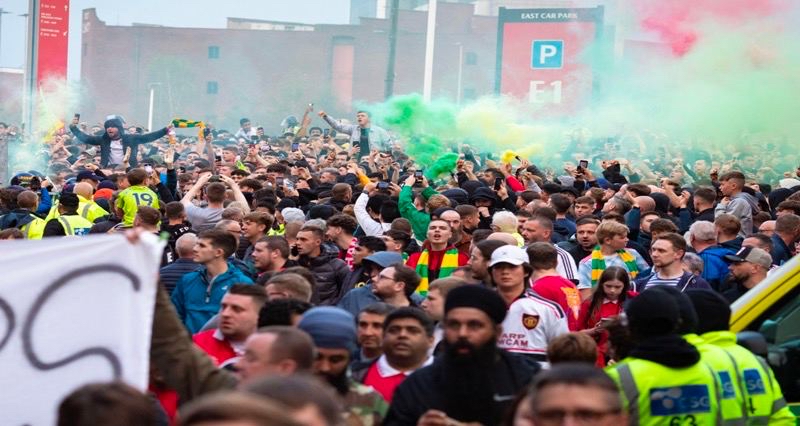 Great Britain rose to the status of monetary hegemon in 1871 with widespread adoption of the gold standard. During the gold standard of the late nineteenth century, Britain became the greatest exporter of financial capital. Its capital city, London, also became center of the world gold, money, and financial markets.

The end of World War II witnessed the recentralization of monetary power in the hands of the US that had been left largely unscathed by the war. The US would therefore aim to open the British Empire to American trade and to garner British compliance to create its own postwar monetary system through financial leverage, namely the Anglo-American Financial Agreement of 1945.

The challenges the UK has to face

Many are debating if the UK will stay united and keep its name same or not. Will they still rule the waves and continue their gunboat diplomacy around the world? Will the UK stand independent and protect its national interest or will they follow US’s lead?

This article addresses these questions by focusing on systemic neutralization of the Labor opposition, dependence of the UK political and bureaucratic executives on the US, deep-rooted economic problems and positioning against China and Russia.

Labour Party, Jeremy Corbyn and the US

Labour leader Tony Blair with Gordon Brown and others rebranded the party as ‘New Labour’ in the mid-1990s. Its manifesto believed in the use of markets to deliver economic efficiency and social justice rather than promoting workers’ rights and equality.

Following the 11 September 2001, Prime Minister Tony Blair offered strong support to the US, took part in attacking Afghanistan and joined the invasion of Iraq in 2003, even though millions marched against the war.

The Labour opposition has moved right and advocated market forces under Tony Blair and New Labour. And when Jeremy Corbyn and his socialist supporters reversed this they were crushed by the establishment and he was even expelled from his own party, whose members had doubled under his leadership. He would have won the election if it weren’t for the dirty tricks even by those right wing elements inside the Labour Party.

Following the Labour Party’s defeat at the general election on 7 May 2015, Jeremy Corbyn, who said he would vote to scrap the Trident nuclear weapons system and would “seek to withdraw from NATO”, got elected as the Labour leader with a landslide victory on 12 September 2015 with 59.5%. The party’s membership doubled, both during the leadership campaign and following his election.[i] Taking the party to the left, he advocated renationalizing public utilities and railways, a less interventionist military policy, and reversals of austerity cuts to welfare and public services. After the referendum, Labour MPs sought to remove Jeremy Corbyn in 2016, but he won a second leadership contest.

In the 2017 general election, Labour increased its share of the vote to 40%, with an increase of 9.6%, their largest improvement since the 1945 general election. Under Corbyn, Labour achieved a net gain of 30 seats[ii] and a hung parliament.

The ruling class got worried and started to use dirty tricks to discredit him. He was called a Czech spy, terrorist sympathizer and a racist anti-Semite. British soldiers used his photos in target practice. Just before the 2019 election almost every day the main establishment figures came out against him. The so-called “Chief Rabbi” said that “Corbyn was not fit to lead” and the Archbishop of Canterbury supported the rabbi. Even as early as 2015, the generals stated about Corbyn that they would not ‘allow a prime minister to jeopardize the security of the UK’.[iii]  The US Secretary of State Mike Pompeo also implied that they will not allow Jeremy Corbyn to become Prime Minister[iv]

Any talk of criticism against NATO by any Labour Party members, such as the 11 MP who signed an according petition, was ostracized. Labour Party MPs who supported Corbyn humiliatingly apologized in order to keep their membership in the party and in order to advance their careers. One of these was MP David Lammy.[v]

Dependence on the US

When the UK showed slight hints of independence from the USA, this was not allowed. The US showed anger when the UK joined the Chinese-led investment bank AIIB under David Cameron.[vi] Also Prime Minister Theresa May faced harsh opposition over plans to allow Huawei into ‘non-core’ networks[vii]. The Defence Secretary Gavin Williamson, who leaked documents about Huawei, was sacked.[viii] The opposition even wanted him to be prosecuted under the Official Secrets Act.[ix] However when Boris Johnson became PM, Gavin Williamson became a minister in his cabinet.

“The Integrated Review of Security, Defence, Development and Foreign Policy” shows us that UK is trying to be a world power even though its military size is shrinking. It has been testing its naval strength in the Black Sea and the China Sea. It is still a strong ally of the USA and follows their lead in all military matters.

The Financial Times, stating “the cap on typical household energy bills is expected to roughly triple from levels a year ago to £3,600, according to industry and government estimates — with further rises potentially above £5,000 looming early next year”, published the comments of Adam Bell, the former head of energy strategy at the business department and the warnings of Lord David Howell, energy secretary under Margaret Thatcher in the 1980s.

“War footing is very much the necessary response to this situation — this is like the oil crises of the 1970s, but the difference is we know how to get out of this now,” Bell said.

Lord David Howell states that the government needed to “worry a lot” and move on to something “similar to a war footing” through the winter.

UK gas prices have almost quadrupled since the middle of June and now trade at roughly ten times the average level of the last decade. UK inflation will hit 18% in early 2023, says leading bank Citi.[x] Forecasts updated after 25% and 7% rally in gas and electricity prices respectively last week.

Economy in the UK: Poverty, ageing and strikes

The economy of the United Kingdom is a highly developed, market-orientated economy. It is the sixth-largest national economy in the world. But according to UNICEF evidence, 30% of children in the UK were living in poverty in 2016 and 2017 – and forecasts indicate this will only increase without immediate intervention.[xi]

There is also a toxic environment for children, created by austerity. Knife crime is a symptom of the toxic environments that adults create around children, who then become both perpetrators and victims. It is created by politicians and by the politics of austerity. It is no coincidence that the vast majority of knife crime takes place in neighborhoods suffering from huge social disadvantage and disinvestment.

If we look at the demographics, we see that England’s population is ageing. In the next 25 years, the number of people older than 85 will double to 2.6 million. An ageing population might lead to the presumption that there will be an increased demand for National Health Services as well as social care services.[xii] Even the Queen and Prince Regent are very old and it seems like this will cause problems for the monarchy. NHS has shortages of doctors and nurses and the doctors are threatening industrial action.[xiii] Nurses rely on Foodbanks because of low wages.[xiv]

Britain is experiencing a wave of strikes on a scale unseen for decades.[xv] More than 40,000 rail workers represented by the Rail, Maritime and Transport union (RMT) and Transport Salaried Staffs Association (TSSA) continue national rail strikes. Around 10,000 RMT members on the London Underground and Overground wen on strike Friday, alongside 1,600 London United bus workers beginning two days of action. In an action that will massively impact on the UK economy, 1,900 workers at the UK’s Felixstowe port, responsible for half of all container freight, began eight days of strike action. Over 500 workers have also voted to strike at the Port of Liverpool, Britain’s fourth largest. Close to 115,000 Royal Mail workers in the Communication Workers Union will strike. Another 50,000 BT telecoms workers in the same union will strike. Wildcat walkouts involving thousands have taken place at Amazon and subcontractors across the UK’s vital energy infrastructure.

Paranoia against Russia and China

It seems that instead of facing the economical and social challenges, the UK will be operating on war footing based on the Integrated Review of Security, Defence, Development and Foreign Policy. This also creates an atmosphere of psychological warfare at the home front to keep the population under strict control by creating paranoia against Russians and Chinese. The whole population is encouraged to support the war in Ukraine as if this was a world cup match. Flags are flow everywhere even in infant schools.

We are likely to see more news headlines regarding China and Russia like: “50 Chinese students leave UK in three years after spy chiefs’ warning”[xvi], “British Intelligence Shines Light on Chinese Spy ‘Hiding in Plain Sight”[xvii], “MI5 warning over ‘Chinese agent’ in Parliament”[xviii], “How China spies on the West”[xix], “US and UK intelligence chiefs call for vigilance on China’s industrial spies for China.”[xx], “UK report on Russian interference: key points explained”[xxi], “Russia Was Linked to 14 Deaths in the U.K., but Britain Looked Away. A New Book Explores Why”[xxii].

Moreover, just like in the US, there were allegations that Russia interfered with elections and the Brexit referendum: “UK leadership election rules changed over security fears”[xxiii] Britain’s governing Conservative Party has delayed sending out ballots for the party’s leadership election after a warning from the intelligence services about the risk of fraud. Even the selection of PM is used for psychological warfare. This gives a glimpse of thing to come.

[ii] An internal Labour Party report, entitled “The work of the Labour Party’s Governance and Legal Unit in relation to antisemitism, 2014–2019”, which was leaked to the media in April 2020, stated that, during the 2015 and 2016 leadership contests staff members at Labour party headquarters looked for ways to exclude from voting members who they believed would vote for Corbyn. Corbyn said that without the 2016 leadership election coup labour could have won the 2017 election: https://www.newstatesman.com/politics/uk-politics/2020/04/labour-could-have-won-2017-election-without-2016-plp-coup-corbyn-says