Egypt: The release of political prisoners is a win-win deal for all 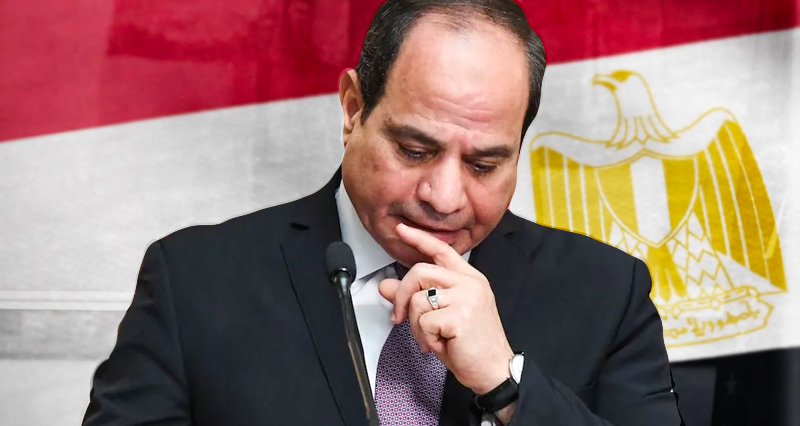 While Egypt is witnessing initiatives from the authority to contain the state of discontent in the street caused by economic pressures on citizens, such as the release of groups of people imprisoned for political reasons and those not involved in violent crimes, as well as the start of the national dialogue work called for by President Abdel Fattah al-Sisi last Ramadan, a fire broke out in Abu Sefin Church in the suburb of Imbaba near the Egyptian capital.

Although there were no indications of any terrorist act, the date of the accident coincided ominously with the outbreak of the wave of terrorism on August 14, 2013, after the Egyptian authorities dispersed the sit-in of the supporters of Muslim Brotherhood from Rabaa Al-Adawiya Square, following the overthrow of President Mohamed Morsi based on the demands of millions of Egyptians who demonstrated against him in Most of Egypt’s streets.

That massive wave of terrorism, brought, among other things, the widespread burning of Egyptian churches in various governorates, committed by supporters of the Muslim Brotherhood. These terroristic crimes were the main reason of the Egyptian authorities’ adoption of strict measures to ensure the security and stability of the state and prevent it from collapsing.

But these measures, praised by many, were sometimes drastic to the extent that they amounted to human rights violations. Observers called for them to be addressed to ensure that political and social boredom, which is increasing with economic pressures, is contained.

That is why Egyptian President Abdel Fattah al-Sisi’s decision last Ramadan to activate the role of the presidential amnesty committee to release a number of political activists He also called to launch a broad national dialogue in which the opposition would participate. This was seen as a political openness that is inconsistent with the nature of the political system that took power in the wake of Morsi’s overthrow.

At first, the decision was new only in the matter of launching a national dialogue on the priorities of national action, which represents a different course for a regime that used to address the masses from the top through youth conferences attended by President Sisi, without a live interaction with the political street and without the presence of a declared ruling party.

Activating the role of the presidential amnesty committee in releasing imprisoned activists and dissidents was not at all new.

The committee was formed in 2016 as one of the recommendations of the Youth Conference of that year, to release dissidents and activists who were not involved in violence and who had no Egyptian blood on their hands. The starting point was an amnesty list that included 330 young people.

The committee was the real start and the official direct interaction with this issue, with which it is no longer feasible to deny, especially in light of continuous international criticism, although the authority had initiated limited releases before the formation of this committee, the most famous of which was the release of 165 prisoners before the conference, who were sentenced in 2016 for demonstrating without permission against the ceding of Egyptian islands of Tiran and Sanafir to the Kingdom of Saudi Arabia.

The meetings of the “Presidential amnesty Committee” at that time aimed to assist the President of the Republic in forming lists of which he was legally entitled to issue sentences for general and partial amnesties, as the law stipulates that the authority to release detainees in pretrial detention is within the jurisdiction and authority of the Public Prosecution.

This was another problem facing the committee’s work in light of criticism of the authority for using the measure of “pretrial detention” as a way to prosecute and punish opponents, a measure that was extended from 6 months to two years.

Indeed, the Egyptian courts and prisons witnessed the phenomenon of detainees being held for two years without evidence and evidence supporting the accusations and allowing them to be transferred to the court.

Then a second phenomenon occurred to it, which is “recycling”, whereby a political prisoner obtains a release decision after spending two years in prison, so that his name is transferred on the same day to another case, from which a new prison trip begins.

This was not the only problem the commission encountered. There was disagreement among its members over the classification of who was eligible/unworthy of mediation.

But whatever it was, the committee succeeded in releasing 100 political prisoners included in the first list. In the following meetings with representatives of the presidency, two lists were presented, the first containing the names of 530 of who have final sentences, and the second containing 89 names of prisoners under the age of 18.

The number of those who were actually evicted from those lists was 32 people. In 2018, it was announced that 330 young people had been released as a new recommendation from the same committee.

The work of the committee was suspended for a period of time, to return to work in 2020-2021, where it succeeded, over a period of 7 months, in releasing 200 people in light of the prominent mediation role played by the prominent politician Muhammad Anwar al-Sadat. Then filmmaker and former parliamentarian Khaled Youssef played a prominent role with the authorities in releasing 40 political activists.

The third wave of releasing imprisoned activists began with a number of Egyptian opposition leaders attending an iftar banquet in the presence of the President of the Republic last Ramadan, during which the President called for national dialogue and announced the reactivation of the Political Amnesty Committee.

Despite what was reported that Sisi’s decision to reactivate the committee’s work to encourage the opposition to join the national dialogue, the harvest over the past months appears to be limited, even if the group that was released included prominent names, such as Yahya Hussein Abdel Hadi, one of the most famous anti-corruption fighters in Egypt, Abdel Nasser Salama, the former editor-in-chief of Al-Ahram newspaper, and Hossam Mounes, the young politician, but the authority is still reluctant to release prominent activist Alaa Abdel-Fattah, former parliamentarian Ziad Al-Elimi, and former presidential candidate Abdel Moneim Aboul Fotouh.

The last names indicate that the state has the courage to release many political activists, but it does not have any intention or will to release figures belonging to the Muslim Brotherhood or those close to it from the political Islam supporters, such as Abu al-Fotouh. It also shows that the state is still reluctant to release non-Islamist activists who are known for adopting extremist positions against the army or the authority, such as Abdel Fattah or Al Elimi.

Satisfactory gains for all

Whatever the truth, experts expect a slowdown in the pace of releasing those imprisoned for political reasons, within a very conservative process to contain the opposition and the street in light of the pressing economic crisis with which the regime fears any restlessness in the street.

The authority wants to achieve more than one local and international goal from this breakthrough, whether in releasing activists or inviting the opposition to a national dialogue.

At the international level, Cairo wants to soften the tone of the international condemnation of the human rights situation, which represents the weak point of the regime, while the economic crisis and the decline in its dollar resources force it to resort to international donors such as the International Monetary Fund, to obtain new loans to ease the crisis.

In light of the difficulties surrounding the possibility of obtaining a new loan, President Sisi, during his recent visit to Germany, called on his European friends to mediate with the IMF to convince him that the reality in Egypt cannot meet the standards in force during this stage and until this crisis ends.

Given that criticism of the human rights situation in Egypt is generally Western, and European in particular, it was necessary for the regime to make tangible concessions on this issue, without crossing the red lines it sets for itself by not tolerating violent movements, which are motivated by the Brotherhood.

On the domestic level, the release of the activists was the opposition’s demand to participate in the national dialogue called for by the authority. With the regime’s need for national dialogue to present an image of a more open scene that would convince the West that there is some degree of political movement, there was no objection to responding to the opposition’s demands, even partially.

Therefore, the regime is releasing the activists as a tactical step until it is able to overcome the economic crisis, which is expected to endure longer in Egypt for internal and international reasons.

No matter how limited the numbers are released, and no matter how slow the process is, observers inside Egypt welcome this step to ease the tension resulting from this issue. Pessimists see it as a great gain in light of a system from which it is difficult to obtain any concessions on the issues of freedoms. The optimists consider it a step that can be built on by encouraging the authority for more political openness.