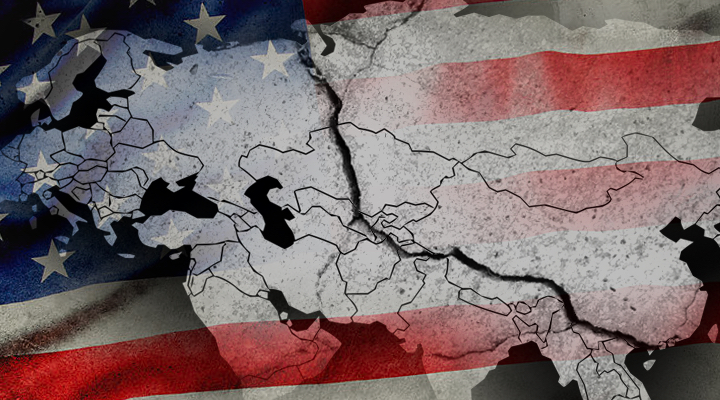 UWI expert Onur Sinan Güzaltan evaluated the future of the Ukraine crisis, the role of Europe and Turkey’s mediation efforts for Sputnik Türkiye.

Below is the text as published by Sputnik Türkiye.

UWI expert Güzaltan evaluated Turkey’s mediation efforts in the ongoing crisis between Russia and Ukraine with the following statements:

“Western countries, especially the US, have a great influence on the Ukrainian government. So even if Zelensky is looking for a temporary normalization, it is not a decision he can make on his own. We see that the US wants to deepen and prolong the conflict between Russia and Ukraine.

I think that the Zaporojye Nuclear Power Plant issue has actually come to the fore with the provocations of the US, because when you look at it militarily, Ukraine is losing against Russia. The reason why the US made this provocation was to disrupt relations between Europe and Russia.

If Russia is victorious in Ukraine, the normalization process will begin in the relations between Russia and Europe.

The US actually intends to deepen the conflict and add a nuclear dimension to it.”

Güzaltan stated that the USA was behind the provocations on the Zaporozhye Nuclear Power Plant and made the following assessments:

“Right after the Russian and Ukrainian officials met in Istanbul on Türkiye’s initiative, the Buça provocation took place.

So I do not think that the powers pulling his strings, clearly the US, will allow a temporary ceasefire between Russia and Ukraine, even if Zelensky was willing to do so.

They are likely to make new moves to undermine such a ceasefire. Already there are reports that Ukraine has launched an attack on Crimea. The US will do its best to deepen and prolong the war.

We can witness many provocations in the coming period, including nuclear ones.”

“Along with Ukraine, Europe is the loser of the war”

Güzaltan evaluated that the loser of the Ukraine war is Europe with the following words:

“Because of the decisions taken by the European political elite, the loser of the war is Europe along with Ukraine. In fact, the main purpose of the US in creating this conflict was to cut the ties between Russia and Europe, a purpose that succeeded to a certain extent.

But governments have been toppled in Britain, Italy and Bulgaria. In Germany a few days ago the Chancellor was booed, his party fell to third place in the polls. In France, the system is deadlocked; Macron’s party has lost its parliamentary majority.

Russia’s moves and who comes to power in European countries will decide the fate of Europe. But I insist that the US is determined to continue the conflict to the end, including nuclear sabotage. The US will try to deepen the conflict, perhaps even provoking Russia to the point of pushing it to use tactical nuclear weapons.”

Güzaltan stated that the ultimate goal of the USA is to block the emergence of a multipolar world and to imprison the world into the West-East balance:

“I believe that the US will make all kinds of provocations to escalate this conflict to the next level through nuclear sabotage, as in the case of the power plant incident, because the US has reached the point of losing Europe.

The Russia-Ukraine conflict, the Taiwan provocation and the Greek government’s provocations against Türkiye are very similar to each other. When we look at these three, we find the following point very distinctly: The US is trying to undermine all the common grounds where Asia and Europe can meet.

It is a long-term objective of the United States to stifle the emerging multipolar world, the possibilities for cooperation between Asia and Europe and to tie Europe back to itself while condemning the world to a conflict between the two poles.“