The global crisis of truth 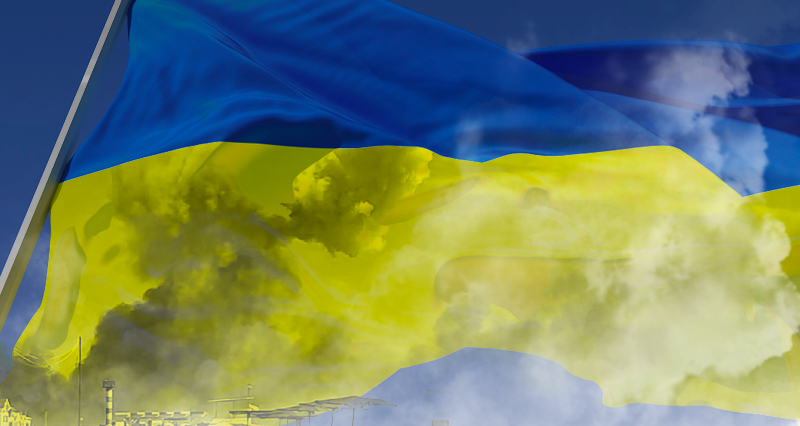 Perhaps it is a commonplace to say that in the face of the obvious inability of the Ukrainian and NATO governments to achieve success in the war arena, the main war effort has increasingly begun to be waged in the media. Here, the United States and the West still retain a great advantage given the control they maintain over the media cultural apparatus that sets the guidelines regarding truth and lies, on what is and is not, what happens and does not happen.

It was “natural” for these instruments to resort to information subjugation to construct false “truths”. But it was also normal for them to resort to pretense and subtlety in language, trying to keep a composure that would support their hackneyed speech of “freedom of the press”, the “equal rights of citizens before the law”, the “respect for the physical and moral integrity of citizens”, the “innocence of people before the contrary is proven” and other lies that have been constructed through the centuries to sustain the prevailing scheme of domination.

The war in the Ukraine has thrown away all these deceptions. Now, lies are shamelessly resorted to, even over legal impediments that the capitalist system itself has created to guarantee its control of society. The seriousness of the matter is that such a situation has become real in the United Nations Organization (UN) itself, which has assumed itself as an interested party in the European conflict. This is natural if one considers that the Secretary General comes from a member country of NATO and that, as prime minister of his country, he supported all the terrorist actions of said organization.

The UN’s role in Ukraine

In the entire conflict in Ukraine, the UN has played a leading role only three times: first trying to save the Nazis, which were hiding in the Azov factory in Mariupol and who have been the only people subject to the highest world body’s concern. Second, “mediating” so that Ukraine’s grain production could be exported. And now expressing concern about the attacks on the Zaporizhia Nuclear Power Plant in southern Ukraine.

In the first case, UN Secretary General Antonio Guterres even traveled to Moscow and Kyiv, worrying about the lives of the Nazis who at that time, using civilians as shields, were occupying the plant and who – given the course of foreseeable events that occurred – would be captured and tried as criminals. Guterres has said nothing, much less the despicable Michelle Bachelet, about the attacks by the Ukrainian armed forces against the civilian population, causing innumerable casualties, including children and the elderly. These “military operations” against schools, hospitals and cultural centers are transformed by the disinformation transnationals into “counter-attacks and counter-offensives” that do not exist on the battlefield.

Regarding the difficulties in exporting Ukrainian cereals, the argument was that Russia was preventing the arrival of the ships that were supposed to load said product and that this threatened “a world famine, especially in the poorest countries on the planet.” They hid that the Black Sea ports were mined by Ukraine to prevent the approach of Russian ships and that the floating bombs constituted a real danger for ships and crews. The height of media fallacy and institutional hypocrisy has been revealed when of the first seven ships loaded with grain from Ukraine, only one has gone to the “poorest countries on the planet”. The others have called at European or other Mediterranean ports so that the “richest countries on the planet” can increase and guarantee their reserves.

Ukraine bombs the vicinity of nuclear plant – and blames Russia

But the third case has surpassed all rationality. The Zaporizhia nuclear plant (the largest in Europe) was occupied by Russian troops on March 4 and has since been controlled by Moscow. At the risk of producing a nuclear accident of untold proportions, the Ukrainian armed forces have been bombing the vicinity of the plant and blaming Russia. Who would think of Russia attacking a place where its own troops are located? Furthermore, since this is an extremely fragile objective for the security of the region and the world.

The world press has reported that “Ukraine and Russia have made mutual accusations of attacking the Zaporizhia Power Plant”. Faced with this situation, Russia convened the UN Security Council, which did absolutely nothing! On the contrary, it avoided approving the request of the director of the International Atomic Energy Organization (IAEA), the Argentine Mariano Grossi, who despite being a pawn of the United States, urged Ukraine and Russia to allow the deployment of their experts to Zaporizhia, so that they could inspect the plant’s nuclear material. Grossi himself acknowledged that the plant was occupied by Russia. The UN itself denied any possibility of fulfilling such a mission.

For the UN and for the media, a commission of these characteristics would verify several things that would make its lie clear. In the first place, to get to Zaporizhia they would have to go through Moscow – the only way to get there – which would demonstrate Russia’s control over the plant. The second aspect is that it would be verified that the bomb and missile attacks against the plant come from the Ukrainian armed forces, confirming that it is this country and NATO that are endangering Ukraine, Europe and all of humanity – cracking the official speech in this regard.

On another level of disinformation, there is talk of the “invaluable” aid from the West to Ukraine as an instrument to support the economy and the war in that country led by a neo-Nazi government. Ukraine is “reported” to be winning the war. Let’s take a look.

That, not to mention that the Ukrainian government requested 7 billion dollars a month first and 5 billion dollars later, for state operating expenses (54 billion euros for this year according to German Federal Chancellor Olaf Scholz). It would be necessary to add the damage to the infrastructure: roads, bridges, power plants and others, in addition to the inability of the government to make the country’s productive apparatus work, especially when the largest and most powerful industrial zone, the most fertile lands for food production and the main mining areas are in the Donbass, that is to say in the territories occupied by Russia.

Meanwhile, the “aid” (which is not aid, but credits and loans) from the West, until July 23, amounted to 48 billion dollars from the United States, of which, only 8.2 billion are of a military nature. For its part, the European Commission approved a package of 9,000 million euros, although they have not agreed on how to finance it. In July they only sent 1,000 million. To this should be added that the UK, Canada and Japan have pledged an additional 1 billion.

It is valid to say that the the IMF estimated Ukraine’s balance of payments deficit at 143 billion dollars and that as of July 22, the government of that country reported that it had received only 12.7 billion dollars. What do these amounts mean next to the more than 181 billion lost in military equipment alone? Trifles, tips, charity so that the Ukrainians sign themselves dying for them, helped by the means that transform it into “decisive help from the West to Ukraine”.

In this context, who can think of saying that Ukraine is winning the war, when it has also lost 161,500 km² of territory, an area larger than that of England and very close to that of South Vietnam that the United States could never occupy in 20 years of war and 20% of the Afghan territory that the United States also controlled in 20 years – countries from which they had to flee after being expelled by their peoples.

But these undeniable truths are also hidden and falsified by the media scoundrel, accomplices in a war motivated by the insatiable expansion of capital, which even – as in the last century – resorts to Nazism and fascism in pursuit of its objectives.

8 responses to “The global crisis of truth”