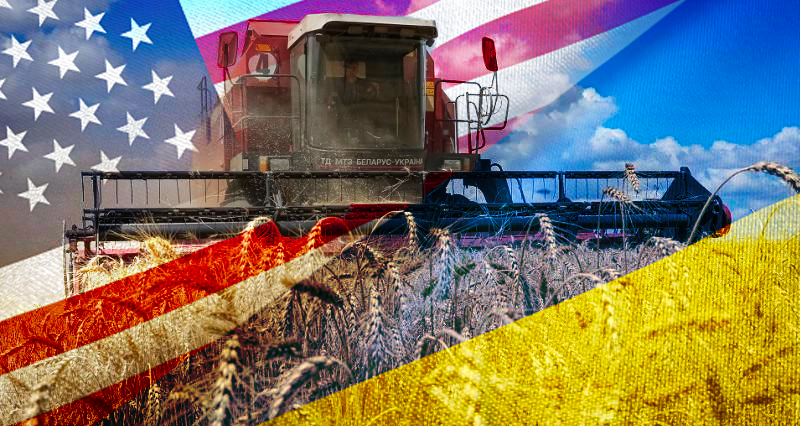 1. Hunger as part of the rules-based international order

From the US Secretary of State to the German Foreign Minister, from the British magazine of Economist to the even the Pope, all Western leaders have turned into spokespeople of the world’s hungry. No day goes by without one or several of them warning of global famine.

When Western politicians decry a “food crisis” caused by Russia’s operation in Ukraine, one would assume that the global norm they have in mind is where people’s needs are satisfied. Widespread hunger appears as a deviation from order, from the norm.

That is by far a lie. Truth is, that hunger is a constant consequence of that order. Statistics of the Food and Agriculture Organization (FAO) within the United Nations tell a clear story.

The numbers of the world’s hungry, or “malnourished” to put it more politely, varied from 2005 to 2021 between 571 million as the lowest and 828 million as the highest.

The World Food Programme, a humanitarian organization whose biggest donors are the governments of the United States and Germany, displays this cynics involuntarily, when it displays the effects of the Ukraine crisis on world hunger:

2. Price and speculation cutting humans of from food

Although climate change and conflict are often named as reasons for hunger, a look at global grain production shows no decrease in the absolute amount of production, at least as far as grain is concerned. For the last 10 years, production appears pretty constant.

Moreover, if increasing capacity in terms of advancing technologies is considered, there should be even less hungry people on the globe. If it wasn’t that access to food is connected to capability to pay for it – a “rule” that becomes even more lethal when speculation governs the price.

Already days before the Russian operation in Ukraine, the global wheat price, determined on the Chicago and Paris futures exchange, starts to climb. Traders, who speculate on the future price of wheat and other grains here, anticipate the chance to realize extra profits by raising prices – long before any interruptions in delivery or sanctions are in place.

In a short span of time, the price of wheat doubles on these markets, which do not only serve as trading posts but also as investment opportunities for financial capital.

Investors have read well the minds of their Western governments, and by depriving buyers increasingly from their markets, they provide Washington and London with a new argument in the Ukraine crisis: “Moscow is causing global hunger”.

(This pattern – Western political pressure, rising prices and bottlenecks, increased Western criticism, sanctions, further bottlenecks, where during the whole process those able to speculate on rising prices – is repeated among other in the energy sector.)

With the agreement of Istanbul, wheat prices again fall to the level before the Ukraine crisis had erupted.

But longterm perspective of prices indicate an increase that has already started since the last 5 years, paralleling the rising of numbers of hungry above.

These agricultural exports themselves were not targeted by Western sanctions, as the Office of Foreign Assets Control within the US Treasury Department repeatedly emphasized.

But the Russian ambassador to the US, Anatoly Antonov objected strongly: “They (Russian domestic exporters, YS) face blocked payments, denials of loans and insurance, problems with booking freight ships, purchase of farm equipment and even seeds. In addition, the US continues to increase import taxes on our fertilizers.”

That was the Western idea of Russian exports: limited delivery and a big question mark on receiving payment in exchange. When Russia reacted and halted its wheat exports, it was again blamed by the West to use hunger as weapon.

The European Union had also been stating that its sanctions did not disrupt agricultural exports from Russia. But on July 19, it has decided on reregulating its sanctions regime, unfreezing certain funds and making transfers possible to ease bottlenecks in the global trade of food and fertilizers, as Reuters reports.

A Carnegie report meanwhile notices that this ease will also facilitate agricultural imports of Russia, such as seeds, chemicals and machinery. In other words, the EU sanctions were not only creating hunger in Russia’s exports markets. They were bound to limit Russian domestic consumption as well.

The fact that Western governments suddenly appear to represent the world’s hungry is not just an attempt to defeat Russia morally or diplomatically. A look at the development of the military situation shows that clearly. Russian forces are advancing and threatening to cut Ukraine off from the Black Sea.

Hence, Western governments, already never placing their rules-based order, their future exchanges, their sanctions in question, connect the abnormal hunger crisis with Ukraine’s grain exports, and thus, with its access to its Black Sea ports.

“Humanitarian intervention” received a new connotation, when several argued that, in order to save the world’s hungry, the West had to send warships to remaining Ukrainian ports. Versions of the proposal have been put forward by Lithuania’s foreign minister, retired U.S. military leaders including admiral James Stavridis, general Wesley Clark, and general Jack Keane, as well as Democratic representative Elissa Slotkin and the editorial boards of the Boston Globe and Wall Street Journal.

Then came the multilateral agreement on a grain corridor between Ukraine, Türkiye and Russia, supported by the UN on July 22.

The UN Secretary General saw for the global food markets “relief” and for the hungry “hope”, indicating the order, when a grain ship departed from Odessa.

It was noteworthy that defense ministers signed the agreement. Some had actually hoped that this agreement would bring Russian to a halt, but got their “illusions shattered” when Russia attacked military elements in the port of Odessa the very next day.

Moscow thus made very clear what the agreement is about – and what not.

And Russian Foreign Minister Sergei Lavrov articulated more clearly two days later, on July 25: “As for the episode (…) in Odessa, there is nothing in the liabilities Russia undertook, including under the agreements signed on July 22 in Istanbul, that can bar us from continuing the special military operation and hit military infrastructure and other military targets”.

5. Providing lifeline to a bankrupt country: Grain exports for Ukraine

From Western point of view, the grain corridor still had a positive aspect: providing Ukraine with funds, albeit limited. Ukraine’s President Volodymyr Zelensky confirmed the country had about $10bn worth of grain to sell.

This is good news for the European Union, which has already made payments worth 6 billion Euros to the country, including arms transfers, subsidies and salaries. The EU Commission has proposed to send 9 billion Euros more in 2022.

Meanwhile, the United States, the main force behind the conflict, signed a Memorandum of understanding concerning a three-year partnership “driven by the need to address the economic disruptions in the United States”, as the US Department of Agriculture stated.

On July 19, the establishment of a $100 million Agriculture Resilience Initiative (AGRI) – Ukraine to bolster Ukrainian agriculture exports by USAID followed. Within AGRI, the US will provide over 8,000 Ukrainian farmers with seeds, fertilizers, pesticides, and more, reaching approximately 14% of the country’s registered agriculture enterprises”, says USAID in a statement.

The Western pronounced global food crisis at the end serves the United States to place Ukrainian agriculture in dependence from Washington – and to place it in service to answer US needs in uncertain times.

This is something that the hungry people of Africa had clearly not expected.