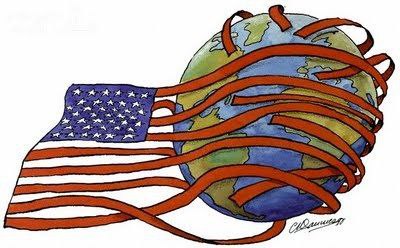 Adnan Akfirat is Representative to China and Member of International Relations Bureau of the Vatan Party of Turkey. He is also the Chairman of Turkish-Chinese Business Development and Friendship Association (Turk-Cin Is Der) and visiting researcher of Shanghai University Turkish Studies Center and Shihezi University Silk Road Research Center. Akfirat has been living in Shanghai since 2011.

Born in 1957 in Turkey, Adnan Akfırat has fought against US imperialism since his youth. He was imprisoned for 3 years in the Ergenekon-Balyoz case during the 2010s – a judicial conspiracy also controlled by the US and in which hundreds of officers of the Turkish Armed Forces were convicted.

Adnan Akfırat has written 5 books about the Gladio organization within the Turkish state. His book “The Special Warfare in documents of the Pentagon and the CIA” is one of the most prominent studies on the subject in the world, both in terms of theory and the range of analyzed documents.

We conducted a comprehensive interview with Adnan Akfırat about the economical infrastructure, history, strategy, functioning and current situation of the Special Warfare. We are publishing the first part of the three-part interview.

What was your aim in writing the book?

I worked as a correspondent responsible for state institutions in the journal Towards 2000 (2000’e Doğru), which started to be published in 1987. In that period, I was reporting on the military, intelligence, security and foreign relations. I am a graduate of Boğaziçi University’s economics department and I had access to English-language sources. In order to understand and evaluate the political processes in Turkey, it was essential to comprehend imperialism in depth. To understand 20th century imperialism, it was necessary to explore its organizational theory. We were already experiencing and struggling against imperialism in practice, but it was needed to uncover its theory and how it was institutionalized.

The widespread approach to special warfare was more of a conspiracy theory. Most people tended to think like the following: There is an international power that is unknown, and that power can intervene in all kinds of ways, and that is irrevocable. Kabbalah theories and the belief that a Jewish Masonic team was behind all these actions were also circulating. There is a journal called Covert Action, founded by people who had previously served in CIA, the state security agency and the US defense intelligence office. I analyzed the articles published in that journal, and as a result I realized that there was a very extensive amount of material. We also witnessed, especially after 1980, after the Reagan and Thatcher governments, how the special warfare became so adept at using democracy as a tool to the detriment of oppressed and developing countries. Another aim of the book was to find the roots of these phenomena that emerged after 1980.

You mentioned that conspiracy theories about special warfare were widespread at the time you wrote the book. In the preface you write: “I hope that this study will change the misconception that considers the Special Warfare only in terms of military operation.” Do you think that the character of the Special Warfare as you revealed it in your book is well understood in Turkey and the world today? Has your hope been fulfilled?

Yes, I think so. After the Americanist FETÖ coup attempt on July 15, 2016, there has been a shift in consciousness in Turkey. There used to be an understanding that confined the Gladio only to the counter-guerrilla and only to unsolved murders. This has now changed. It is now mainly understood that Gladio is not a simple underground operation organization, but mainly a tool for the seizure of the political system. And the connection between the Gladio and the US-NATO became clearer. In order to underline the fact that Gladio is not operating simply in military terms, in the book and in other texts, in which we analyze the Gladio, we point out that they themselves use the term “SuperNATO” for the Gladio.

It is also in the book: The Gladio is NATO’s illegal child. Without NATO there would be no Gladio. NATO was already a tool for the US to take control over Europe. How did and is the US taking Europe under its control? Answer is simple: Through the Gladio organizations. The one who explains it most strikingly is Francisco Cosiga, who headed the Gladio organization in Italy. In an interview with journalist Nur Batur, who is a friend of mine, Cosiaga said: ‘Gladio is primarily a political organization and we ran Gladio politically.’ That is what we tried to make clear in the Ergenekon Trials in Turkey. Gladio is not in opposition, but in the government. Gladio is always in the governments. The function of the Gladio is to suppress people, and the way to do that is to be in power.

If we look at the situation in the world, after 1990 in Italy, Prosecutor Felix Caso launched a struggle against the Gladio as a result of an investigation after a series of terrorist attacks. But the investigation on the Gladio was eventually reduced to an investigation on mafia, and so, by slightly restricting the level activity of the Gladio, they ensured its continuation. In that period, there developed an awareness of the Gladio organizations all over Europe, especially among patriotic and anti-imperialist intellectuals, parties and mass organizations. But then, the US institutionalized its power mainly in the European left, especially in the Greens Party. In other words, the movements that called themselves “opposition” came under the control of the US in the 90s. In addition, a great work of recruitment was carried out through organizations such as Nation and Democracy, Greenpeace, etc. In this way, the US prevented Europe from grasping the Gladio’s essential characteristics.

Türkiye is the only NATO-member that dissolved the Gladio organization

It is worth mentioning a striking fact about Türkiye. NATO has 30 members. Among these 30 countries, only Türkiye has dissolved the Gladio organization. The Gladio organization remains in place in all other NATO member states except Türkiye. France had attempted the same in the past. Charles de Gaulle’s France. De Gaulle, who allied with the French communists in the fight against fascism in World War 2, organized the resistance movement and then became president of France with the backing of the resistance, determined that NATO is not a defense and security organization, but an offensive and domination organization. He ordered the expulsion of the NATO headquarters from Paris. In response, the Gladio repeatedly attempted to assassinate de Gaulle. The resistance of the national state in France was later significantly reduced, especially with the social democrat Mitterand, and the Gladio organization was maintained.

Greece has gone through very painful experiences. Military coups and organizations established following military coups… Kosta Gavras’ famous films “Z” and “The Woman in the Glass” expose the Gladio organizations in Greece. Unfortunately, Greece has now become one of the countries the US controls most. This is also very noteworthy: The Syriza movement, the so-called “leftist movement”, has mainly become a means of breaking the anti-imperialist resistance of Greece. Greece was a country with a strong anti-imperialist tradition in the late 60s and especially in the 70s. But at the moment, Greece, with its government and opposition, is completely subservient to the US. Insomuch as that Greece is a candidate to play a similar role of Ukraine in the Mediterranean.

Spain and Portugal also have suffered a lot from the Gladio. Germany, unfortunately, is still under American occupation and this is ensured by the Gladio involvement. In the UK there is a very strong Gladio organization and the headquarters of the Gladio is within the Conservatives. In Sweden too, despite not being a member of NATO, there is a very strong Gladio organization. The assassination of Olaf Palme, the former prime minister of Sweden, is generally regarded as a Gladio operation, though officially not having been proven to be so. The reason why there is no official evidence is that the Swedish state has not pursued this investigation. Generally the reason behind the unsolved perpetrators is the cover-up efforts of the Gladio. Wherever there is an unsolved assassination, you can be sure that there is Gladio there.

From the US point of view, considering that the way to absolute control in any country is the occupation, can we claim that Special Warfare and the Gladio are the most cost-effective method of hegemony for the US in terms of economic, political and human resources? Can we assume that the US is acting with such a motivation?

That is for sure. This is a very clever and cunning invention of the US. There was a debate in Türkiye: Is Fethullah Gülen a terrorist organization or not? Those who claimed that it was not, were asking: Where are the weapons of this terrorist organization? What is a terrorist organization without weapons? Finally, in the attempted coup of July 15-16, 2016, we found out where the weapon of this organization was. FETÖ’s weapon was the weapon of the Turkish state. Let’s imagine that if the US had attempted an invasion instead of this coup attempt, US planes, tanks and missiles would have been brought to Türkiye from across the ocean. However, the weapons purchased by the Turkish state with its own money were used against the Turkish people. This is one of the reasons why the Gladio is so highly accepted by the ruling classes. For them, it offers an absolute power, the possibility of not being removed from power and not being judged.

Another important point is that the Gladio is able to subjugate the states and the peoples. We are speaking of an “inoffcial occupation”. This kind of occupation weakens the resistance of the people. A resident movement is inevitably organized against the occupation in the traditional sense, because no people will ever accept to be ruled by another state. However, by placing its own men in power, the US manages to give the appearance that the country is governing itself. I experienced this very personally. I live in the People’s Republic of China. When I am discussing Türkiye’s economic policies, I find it difficult to explain, for example, the Turkish government’s prohibition of planting cotton and sugar beets. My interlocutors ask me how this can be possible. If you are a government run by the Gladio, you can make decisions against the interests of your own nation. The trick is actually here. I mean, America occupies, but it does so by blindfolding people. This is one of the reasons why the Gladio is so effective.