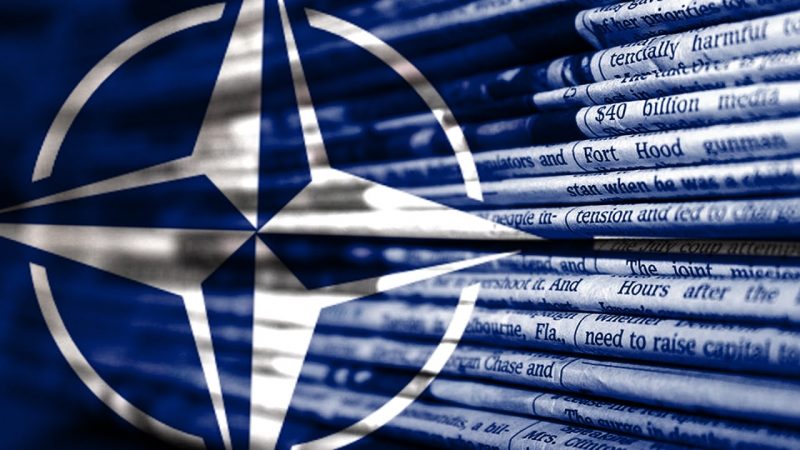 The recent NATO summit with its approved Strategic Concept and announced military deployments keeps on fueling the debates especially in the European press. United World International has compiled a selection of European commentary on the summit, where judgments differ widely.

Ukrainian newspaper: “Success for the Alliance”

The Ukrainskaya Prawda from Ukraine considers the NATO summit a “Success for the Alliance” and evaluates that Ukraine got more than expected from the summit. The author writes:

“The summit of the North Atlantic Alliance was undoubtedly a historic one. These words were heard from all participants at the meeting of heads of state and government in Madrid, and they are no exaggeration. One can even say that the Nato summit in Madrid exceeded expectations. Few had expected that the Turkish veto against Sweden and Finland’s accession bids would already be lifted at this meeting. However, this story is not over yet, because President Erdoğan has already indicated that the Turkish parliament has the option to veto the enlargement.

Gość Niedzielny welcomes the steps taken, saying they go in the right direction, but criticises a lack of resolve:

“Although Nato is making quantum image leaps compared to just a few years ago, it is still affected by an inexplicable strategic paralysis. Because if it really wanted to defend Poland and the Baltic states and deter the aggressor to such an extent that no defence would be necessary, there would already be at least 200,000 Nato troops, mainly Americans, stationed in countries from Estonia and Poland to Bulgaria. Nato’s declaration that Russia is the greatest threat must be followed by appropriate measures.”

Jonathan Eyal comments in the British newspaper The Guardian that the summit consensus is a fragile one that may dissolve once Moscow hints a ceasefire in Ukraine. He writes:

“Everyone agrees that it must not be allowed to succeed in its current aggression. But does this mean that it should be physically defeated on the battlefield in Ukraine, as Britain and most of the central and eastern Europeans are arguing, or would it be enough if the war ends without Moscow being able to make a plausible claim to victory, as Germany’s leaders would prefer?

But the moment Moscow hints that it wants a ceasefire in Ukraine, all these differing opinions within Nato will come into the open. Nato’s new Strategic Concept adopted at Madrid includes a total of 71 “we will” categorical commitments, spread across just 11 pages of text. An admirable set of pledges, no doubt. But some won’t endure when the guns in Ukraine fall silent.”

In a similar mood, the Lithuanian newspaper Verslo Zinios proposes that Lithuania should take its own steps:

“The published five-year deadline has dampened the euphoria of some Lithuanians who are relying on the Allies’ increased numbers. This is hardly surprising, because we have two very aggressive neighbours. … Therefore, the main task for all institutions and structures involved in strengthening Lithuania’s defence force is not only to prepare as efficiently as possible for the swift deployment of the German brigade, but also to do everything they can do to guarantee their own security. … The will to resist, the ability to use one’s own means, as well as timely support from the Allies are decisive factors.”

Swiss NZZ: “Germany still not has arrived in the new times”

“On the surface, Germany is participating in strengthening Nato’s eastern flank: 3,500 additional Bundeswehr soldiers will soon be made available for Lithuania. However these soldiers will not be stationed in Lithuania but remain where they are, in Germany. In the event that they are needed for defence, they would be swiftly deployed. … This shows that after four months of war, Germany’s defence policy still hasn’t arrived in the age of a new confrontation with Russia. The German government is not taking the decisive steps to their logical conclusion.”

Europeans need to focus on the future in the area of defence policy, urges François Heisbourg, advisor at the think tank Foundation for Strategic Reasearch, in Ouest France:

“Nato is back in the spotlight. But that doesn’t mean that the European Union has lost its clout. Without it, tough sanctions would not be possible, and in the long term there would be no lasting, stable political order in Europe. Yes, right now Nato is especially useful. But what will things look like on the American side with the possibility of a Trump comeback and the likelihood that the US’s attention and resources will be focused on its great rival China? Rather than advocating strategic autonomy at every opportunity, it’s time for this autonomy to finally be implemented.”

Jürgen Kronauer in the German daily newspaper Junge Welt argues that the summit has taken decision NATO is hardly capable of fulfilling, with the plans not accurate and the alliance lacking according forces. The author writes:

“The increase in US troops in Europe directed against Russia is costing forces that the US – and not only them – are now missing in the power struggle against China. NATO and its member states have long been operating at the upper end of their capacities. Beneath the martial surface that shone so glaringly in Madrid, they operate with all sorts of bad checks. That certainly doesn’t make it any less dangerous, though.”

“Among the decisions taken at the Madrid summit is a commitment to increase the number of troops ready for action from 40,000 to 300,000 – with all that entails in terms of training and equipment and costs to the taxpayer. A change that will also affect Portugal. To boost our contingent sevenfold at Nato’s orders (which would require 12,000 well-armed soldiers, fifty aircraft, seven warships and more than 2,000 tactical vehicles, which the country does’t have) means an even bigger bill in the coming years. … The cold war will be costly.”

Turkish daily Aydınlık: NATO is “the chain around Türkiye’s neck”

One of the much discussed topics of the summit was the accession of Sweden and Finland to the alliance, until Madrid vetoed by Türkiye. Turkish daily newspaper Aydınlık’s chief columnist Mustafa İlker Yücel criticizes Ankara’s decision to withdraw the veto and calls his country to question Türkiye’s membership entirely. Yücel writes:

“Türkiye on the one hand outrages about the United States and on the other enlarges NATO. (…) But there is no NATO independent from the US. And when NATO enlarges, the US enlarges. NATO is an organization of war. It has divided Yugoslavia, has attacked Libya and occupied Afghanistan. Now they are looking at Türkiye, Russia and China.  (…) NATO is the chain around Türkiye’s neck. It impedes Türkiye from coming together with its neighbors and the leading forces of Asia. And it is an organzation of threat. It targets our republic’s founder, Mustafa Kemal Atatürk, and the President Erdoğan.”