An American nightmare: The school shootings 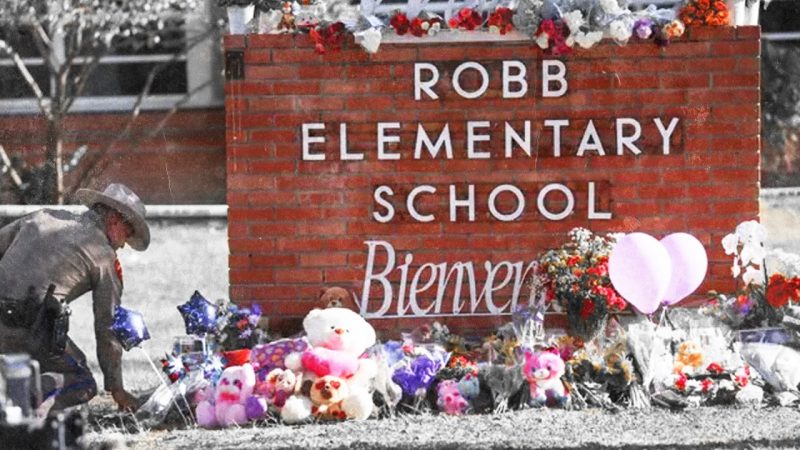 Allen Ginsberg, one of the most important figures from the “Beat Generation”, who was also known for his radical opposition towards the values of American society in the 1950-60s, writes “America I’m putting my queer shoulder to the wheel” in the last verses of his poem “America”. He was also aghast for his country’s domestic and foreign policies and even stated that he was “psychopathic” making an analogy to his home country. The pacifist Ginsberg did not offer any solution to not putting the shoulder to the wheel, while doing a poetic autopsy of the United States, but he clearly spoke of the need to “get right down to the job” immediately, though he didn’t show a way out.

Of course, there are various forms of radicalism and mental illnesses, as well as ways to get right down to stop the cranking gearwheels.

The United States, which participated in the World War II without a single bombshell falling on its mainland territory, also did not experience any organised terrorist attacks during the Cold War, as it did throughout the Western Europe. Although any counterpart of the organisations such as the Red Army Faction (Rote Armee Fraktion) in Germany, the Red Brigades (Brigate Rosse) in Italy and the Direct Action (Action Directe) in France, did not emerge at all in the United States, some individual terror attacks never left the country.

Ted Kaczynski, a mathematics professor who was also known as the “Unabomber”, sent bomb packages to his targets between 1978 and 1995 to protest the system, killed three people and injured 23 others… The Timothy McVeigh-Terry Nichols duo who conducted a bomber attack on April 19th 1995 in Oklahoma City, killing 168 people and injuring nearly 700 others…

In these examples, the perpetrators were protesting the system by resorting to bloody and unforgettable methods in order not to give shoulders to the gearwheel, thinking they were conveying a bloody and a shocking message. After all, this is a country where the crime rates were ten times higher that in Europe, the small arms sales of the company Smith & Wesson were twice as high, compared to the 19th century, at the end of the 20th century, where the social inequality grew more than ever, and where the number of young workforce receiving university education has been steadily decreasing since the 1970s, and university graduates since 1985. It is a clear and painful fact that the “school shootings” in the USA, where the rate of private gun ownership is by far the highest in the world (while Yemen is holding the second place with a 50 percent lower rate), and where there are 120 registered guns per 100 people, is a sub-type of violence problem that has attracted whole world’s attention.

While the recent shooting on May 24th, in which 19 students and two teachers were killed at a Texas elementary school, has once again shaken the whole world, many of the similar shootings in the history of US have already been forgotten. Let us recall the similar infamous events that occurred before the last shooting in Texas:

Aside from the fact that the school-age kids in the US can still easily buy a gun and many of these aforementioned massacres are carried out by students studying at that same school; the historical timeline of the country is as important as the psychological profiles of the perpetrators in this tragic picture. Still being one of the newest countries in the world and not spending a single day without a war and bloodshed both inside and abroad, there is no doubt that the genetic codes of the United States also have a great share in this bloody history.

You are not American enough if you do not own a gun!

As Michael Moore pointed out in his 2002 documentary “Bowling for Columbine”, perhaps it’s just a coincidence that when two kids murdered 12 students and a teacher at Columbine High School in Colorado on the day of April 20th 1999, the US Air force carried out the heaviest airstrikes over the Serbian villages in Kosovo on the same day! However, the strong relationship established between giving free rifles as gifts to those who opened accounts in American banks and the Columbine massacre that is also referred in the same documentary is not something to be overlooked. Speaking to Moore’s documentary, a civilian and a member of the Michigan Militia ardently defended the right to bear arms, saying, “It’s an American tradition, it’s an American’s responsibility to be armed. Who is gonna defend your kids, the cops? The federal government? No, it’s your job to defend you and your loved ones. If you don’t, you’re in dereliction of duty as an American, period!”. It is a clear expression of this historical-cultural tradition. Moore begins the movie with “The president bombed another country whose name we couldn’t pronounce, yes it was typical in the United States”, holding a scorching mirror to the US political elite, the arms industry lobby, the Hollywood stars and to the American society in “Bowling for Columbine”. It is also quite interesting that the cult singer Marilyn Manson, named after Marilyn Monroe and the serial killer Charles Manson, in the entire film, made the most rational comments. Manson tells Michael Moore about the nature of that cranking gear wheel and the distance he puts in between the gearwheel and himself.

A package delivery is coming

Gus Van Sant’s 2003 film “Elephant”, which is based on the Columbine High School massacre, is one of the most sensational and chilling examples of its kind. Being a production between a drama and a documentary film with a very impressive editing work, the film, which follow the realisation of a real school massacre step by step, is shot in a real school building and is starred by excellent performances of amateur actors. “Elephant”, which begins in a high school on a peaceful day, follows the behaviour of the students, the two who will turn out to be the perpetrators later, and some of those who will be the victims. It wanders around the school hallways, classrooms, cafeteria, library in a slow narrative, then it stops at a house where the delivery man brings the packages, which turns out to be assault weapons, and then the repressed sense of murder is unleashed.

Gus Van Sant, who describes the process by peeking through separate windows through the eyes of different students, then focuses on and creates different perspectives for each character, tells a fictional story while resembling the tragedy at Columbine High School, evoking Vertov’s “cine-eye” sense in the audience. “The elephant described by a blind person”, “The elephant that enters the hardware store”, or “the elephant in the corner”… It does not matter how you describe it; this is an unforgettable film, which shows that it is very easy to kill or be killed on an ordinary day in an American high school. For those perpetrator kids, killing their friends is like shooting in a video game, watching a cheetah hunt for a gazelle in a TV documentary, or listening to Hitler’s shouts on television. In his film, which is dominated by a extremely simple narrative, Gus Van Sant is kind of crying for all these school massacres in “Elephant”, and that cry of him still echoes.

Where does Kevin’s hatred come from?

Based on Lionel Shriver’s novel of the same name, and directed by the British director Lynne Ramsay, 2011 movie “We Need to Talk About Kevin” is a movie that searches the individual and family-related causes of becoming a psychopath and kill one’s friends at school. Or perhaps it’s a movie on “anger and hatred”, that indicates the purposelessness and the void within. Kevin, one of the two children of a wealthy suburban family, holds an undefined hatred towards his mother from an early age, acting as one of the “creepy kids” of the history of cinema. Perhaps this due to his mother’s subconscious hatred?

The film vaguely raises this question, while telling much about Kevin, who murdered 7 of his friends at school and injured many others when he was 15, as it is a narrative about his mother, Eva.

Capturing a surprising perspective of realism, “We Must Talk About Kevin” is a film that illustrates the diabolical conclusion that a pathologic level a mother-child relationship can reach, while not giving a metaphysical portrait of the pure evil. While disturbing and intimidating the audience for 112 solid minutes, this Shriver-Ramsay collaboration shows what could innate problems form in a cruel society. And it was added to the list of “school shootings on the silver screens” as a unique example. There is also no doubt that Kevin’s arrows of revenge are aimed at his friends as well as his mother, father, brother and the emptiness of the gearwheels that he is in the middle of.