Legislative elections in France: “The death of centrism” 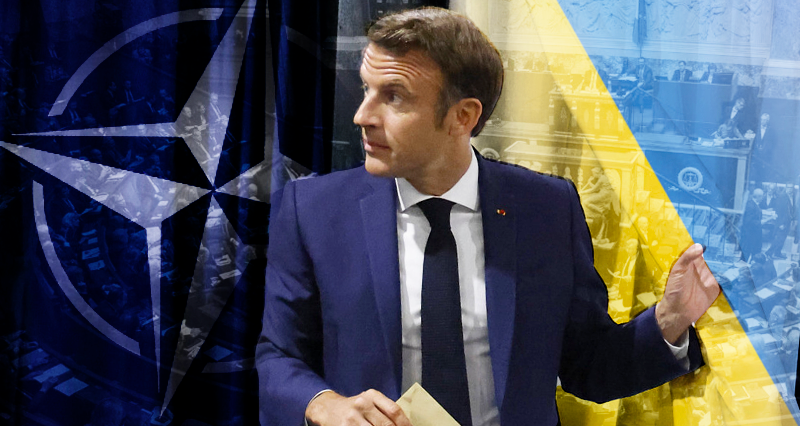 We present Güzaltan’s evaluations on the issue as published on China Radio International’s web site.

According to the political scientist Onur Sinan Guzaltan, who interpreted the situation in the French National Assembly in the context of the foreign policy, the real winner of the French legislative elections is Russia. Evaluating that the centrist politics in France had collapsed and the political system is basically surrounded by the far-right and the far-left, Guzaltan suggested that, as a result, Macron will have difficulty in following a foreign policy in parallel to the United States of America.

Emmanuel Macron’s Ensemble coalition, which has lost the majority in the legislative elections, will be able to get a maximum of 245 seats in the parliament, according to the election outcome. The left-wing alliance, led by the “far-left” Jean-Luc Mélenchon, NUPES, forms the largest opposition with 131 seats. National Rally (RN), led by the “far-right” politician Marine Le Pen, managed to win 89 seats while the other right-wing coalitions, claiming to represent the centrist politics, remained at a total of 61 seats.

These results, confirming the “Pyrrhic Victory” analogy for Macron’s victory in the presidential elections, have created a rumble in French politics. Prime Minister Elisabeth Borne, appointed by Macron, commented on these results: “This poses a risk to our country.”

Political science expert Onur Sinan Guzaltan, who is currently continuing his studies at Moscow RUDN University, comments “We can say that the political system came to a dead end in France right now”. But does Macron have any options he can use to bring a balance in parliament? Can Macron find a suitable candidate for a coalition, his during talks with opponents? According to Guzaltan, the current situation is as follows:

“A similar situation happened in 1986. Francois Mitterrand was the candidate of the left-wing, and he became president. But he failed to constitute a majority in the legislative elections. At that time, the right-wing candidate Jacques Chirac was Prime Minister. It was a system conducted in a coalition, which the French called ‘cohabitation’. But the same scenario does not seem very feasible in today’s France.”

Centrists have weakened and the political system came to an end

Guzaltan also notes the collapse of centrist politics in France, alongside the loss of majority by Macron’s political coalition in the National Assembly:

“When we take a look at Chirac and Mitterrand in 1986, we see that they both represent the centrism well. Maintaining the proper functioning of the state is a different case for both the center-right and center-left. And in the picture that emerges today, politicians such as Le Pen and Mélenchon, who are usually referred to as ‘far-right’ or ‘far-left’ in Europe, have appeared. Non-centrist political parties have made huge gains during this period.”

Macron has only limited options

“There is The Republicans. They represent the Sarkozy school of thought. An alliance between them could be on the agenda. But there are also wide cracks within that party as well. It is doubtful, how long they can sustain this alliance. Will all The Republicans remain loyal to such an alliance? This is still unclear. France is facing a political tsunami, a very severe political crisis. It is a matter of debate: how Macron’s presidency will last for the next five years in such a parliament environment.”

In such an environment, will Macron decide to use his authority to dissolve the parliament in order to redefine the components of the parliament? This is such a slight possibility according to Guzaltan:

“If he decides to do this, in the short term, it would mean a political suicide. Macron has the authority to dissolve the parliament, but the consequences could be dire for him if he decides to do so. There is a possibility that a new politician will take over the post of Prime Ministry. The parliament would also have many leverages against this possible new Prime Minister, against the ministers to be appointed. The entire legislative system can come to a dead end”.

The common rhetoric of Mélenchon rising from the left, and Le Pen rising from the right, is their anti-NATO rhetoric. Although Macron tries to catch up with his rivals with a ‘possible European Army’ rhetoric and his “brain death of NATO” statement, his “anti-NATO” policy and his opponents’ political goals on the same issue are not even in the same category. Political science expert Guzaltan emphasizes the reflections of a possible coalition on domestic politics and foreign policy of the country:

“The president has a special authority in the foreign policy of France. It is possible that he will continue to pursue the foreign policy in the exact same way. But the foreign policy will eventually be determined by the political alliances inside. His alliances may tie Macron to the Russia issue. Thus, we can say that the actual winner, in this picture in France, is Moscow. Europe has two main driving forces. One is France, the other is Germany. France is now dependent on the results of this election. Macron has so far acted in parallel with the interests of the United States. But the political alliances, that he needs to make now, will not allow him to pursue such policies, no matter which party it is. Therefore, the winner of this situation in France is Russia. The picture is clear, if he makes an alliance with the left-bloc, that bloc is led by Mélenchon. And Mélenchon is a politician who advocates better relations with Russia, which is an anti-NATO country. And The Republicans have a Gaullist-wing among them.  There are many groups that oppose American-style policies towards Russia. Le Pen is a leader who has already been accused of having close ties with Russia”.

Guzaltan, who recently visited the Donbass region and the conflict zones in the Eastern Ukraine, has made the following assessments based on his field observations:

“Russia abandoned its initial strategy with which they suddenly reached to the gates of Kiev. Now they are making much slower progress. When we look at the map, we see that Russia is making a pincer move and is heading for a strategy that will divide Ukraine in half. Frankly, I do not think that the Russians have any problems with timeline.”

Stating that Russia has gained leverage over Europe with its gas supply card, Guzaltan pointed out that Europe is in a more fragile situation in the scenario where the war is prolonged:

“Europe is already paying the price. Ukraine is also paying the price. The Russians have been fighting for more than 100 days. This elections in France could lead to a breakdown of the pro-American wing of the European bloc. Germany would remain as the only pro-American actor. Macron came up against a brick wall with this election results in France. These results could even trigger a change across the EU, in terms of a European-Russian reconciliation.”