A review on Ukrainian refugees 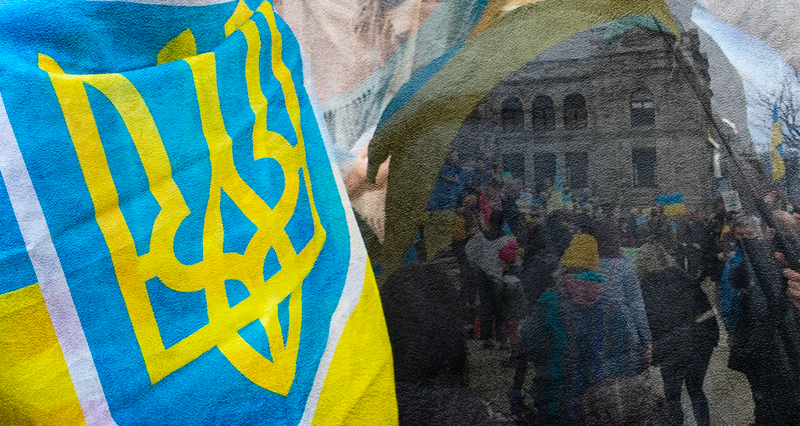 Russia’s military campaign against Ukraine, launched on February 24, has caused hundreds of thousands of Ukrainians to flee the country. How many Ukrainians have emigrated? Which countries did the Ukrainian refugees go to? What is the legal basis of protection for refugees? What is the economic dimension of hosting refugees? Criticism of Europe and the West for double standards on refugees… We have compiled many dimensions of the Ukrainian refugees issue.

The biggest influx of refugees in Europe since WW2

Ukrainian refugees can be divided into two groups: internal migrants who move within Ukraine and refugees who move to a different country. According to data released by United Nations (UN) as of 24 June, 8.007.014 Ukrainians crossed the border to neighboring countries. The UN expects the number of Ukrainian refugees to reach 8.3 million by the end of 2022. These figures mean that Europe is facing the largest refugee flows since World War II. Besides its massiveness, it is widespread and rapid.

Poland ranks by far the first regarding border crossing from Ukraine (4.146.144). As to category “Individual refugees from Ukraine recorded across Europe” Russia is in the first place with 1.305.018 people.

Ukrainians also move to other countries in Europe through neighboring countries. Germany ranks first by far with 780,000 people.

Ukranian migration did not start with the war

On the other hand, it is not the case that the migration of Ukrainians out of the country started with the war. According to Eurostat’s (the statistical office of the European Union which provides statistics and data on Europe) statistics, at the end of 2020, 1.35 million Ukrainian citizens have held a valid residence permit for a EU Member State. Slightly over 1 million of them held a residence permit with a duration longer than or equal to 12 months. The country-based figures are as follows:

European countries have adopted an open-door policy, accepting every Ukrainian migrant who arrives in their countries. This policy is based on the EU’s Temporary Protection Directive adopted on July 20, 2001.

In the official document European Commission of Migration and Home Affairs the purpose of the directive is the following: “Temporary protection is an exceptional measure to provide immediate and temporary protection in the event of a mass influx or imminent mass influx of displaced persons from non-EU countries who are unable to return to their country of origin.” With the implementation of this directive, Ukrainians have been allowed to obtain residence permits in EU countries, to benefit from education and health services, and to work in various ways according to the national legislation of the member states. This is in effect for one year in the first place. But it can be extended every six months for a total of one year.

In addition, since the visa liberalization between the EU and Ukraine has been in place since June 2017, Ukrainian citizens can stay in EU countries for up to ninety days without requiring a visa. Ukrainians who were in EU countries at the outbreak of the war and are no longer able to return to home country can also apply for temporary protection. Those whose requests are not accepted can apply for international protection.

Of course, European countries are not the only places Ukrainians can migrate to. According to the Geneva Convention concerning the Status of Refugees, adopted on 28 July 1951, “… someone who is unable or unwilling to return to their country of origin owing to a well-founded fear of being persecuted for reasons of race, religion, nationality, membership of a particular social group, or political opinion” is a refugee and qualifies for international protection.

The economic dimension of hosting refugees

Welcoming millions of refugees is a challenge both economically as well as in humanitarian terms. The European Council released a statement on the issue on 4 April 2022. In the statement titled “Ukraine: €17 billion of EU funds to help refugees”, the Council says “This is an important step in ensuring member states have sufficient resources to meet the growing needs for housing, education and healthcare.” Another announcement 8 days later stated that a further 3.5 billion euros had been allocated for countries hosting refugees. The budget was to be allocated according to the number of refugees the country hosting.

Apart from the European Commission’s budget, many associations and volunteers continue to raise funds to support refugees.

Europe’s stance on Ukrainian refugees has received support and praise on the one hand and criticism on the other. According to the critics, the EU’s unwillingness to implement the Temporary Protection Directive adopted in 2001 is an example of double standards. Critics claim the EU has turned a blind eye to hundreds of thousands of refugees from West Asia, Central Asia and North Africa since 2001.

Apart from the EU’s official position, many public statements and expressions have been the target of fierce criticism.

Peter Dobbie, a presenter for Al Jazeera English declared, “What is compelling is that just looking at them, the way they’re dressed. These are prosperous, middle-class people. These are not obviously refugees trying to get away from areas in the Middle East that are still in a big state of war. These are not people trying to get away from areas in North Africa. They look like any European family that you would live next door to.”

CBS News senior foreign correspondent Charlie D’Agata stated that Ukraine “isn’t a place, with all due respect, like Iraq or Afghanistan, that has seen conflict raging for decades. This is a relatively civilized, relatively European – I have to choose those words carefully, too – city, one where you wouldn’t expect that, or hope that it’s going to happen”.

Bulgarian Prime Minister Kiril Petkov said: “These are not the refugees we are used to. These people are Europeans. They are intelligent, educated people. This is not the refugee wave we have been used to, these are not those people of whose identity we are not sure of, who could even be terrorists”.

Ukraine’s deputy chief prosecutor David Sakvarelidze on BBC News explained his emotion in that way: “It is very emotional for me because I see European people with blue eyes and blonde hair being killed”.

These statements and others like them were seen not as individual slips of the tongue or fault, but as the hypocrisy of Europe and the West.