The European-Egyptian-Israeli tripartite memorandum of understanding: Gains for all in the gas market 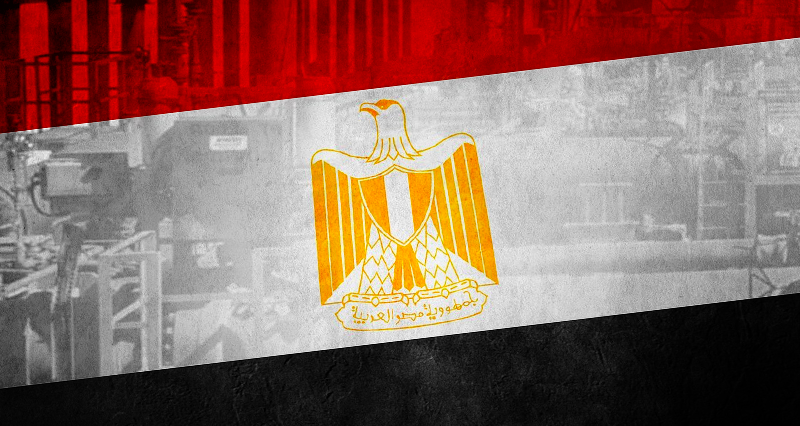 The recent signing of a tripartite memorandum of understanding between Egypt, Israel and the European Union in Cairo to export gas to Europe was a step on Egypt’s path to becoming a regional center for oil and gas trade.

Although Israel has already been pumping natural gas to Egypt since 2020, in order to liquefy it in Egyptian stations and re-export it to Europe, the tripartite agreement represents a major step forward in terms of energy supplies to Europe. At the same time, it means an important step for Egypt to become a regional energy center, according to the statement of Ursula von der Leyen, President of the European Commission.

The agreement comes within Europe’s attempts to ensure stable supplies of liquefied natural gas as an alternative to deliveries coming from Russia. Moscow supplies Europe with about 40% of its natural gas needs. Since the outbreak of the war in Ukraine, a gas crisis in the countries of the EU has begun to dominate the situation on the continent, after Moscow threatened to cut supplies to Europe.

It was natural for the continent to look for quick supplies of gas without much difference in the cost of transportation. Since the Mediterranean Sea is a promising region in gas reserves, the region witnessed various movements and several visits by prominent European officials to energy producing countries. There were several European visits to Egypt, Israel and Algeria to lay the foundations for cooperation and benefit from the reserves of those countries.

Since a significant part of Egyptian gas production goes to domestic consumption, Egypt’s ability to export gas to Europe is limited. Since Israel lacked the infrastructure necessary to liquefy gas, the solution was to conclude an agreement with Cairo and Tel Aviv to ensure a regular supply of Israeli gas to Egypt. This gas is going to be converted to LNG and then to transported on ships to Europe, as there are no pipelines connecting Cairo and Tel Aviv with the countries of the continent.

In light of Egypt and Israel’s tireless efforts to play a pivotal role in supplying Europe with natural gas, the three parties agreed to form a joint working group to supply Europe with Israeli gas, after liquefying it in Egypt. The move comes specifically at a time when Tel Aviv is preparing to launch a round of exploration bids and is working on solve the problems of demarcation of the maritime border with Lebanon.

Cairo was seeking to maximize its role in the gas trade with its liquefaction stations. Indeed, in February 2018, the Egyptian “Dolphinus” company signed an agreement to import Israeli gas and then transfer it to Europe, turning Egypt with this deal into a regional center for energy trading in the eastern Mediterranean.

The government also worked, according to Prime Minister Mostafa Madbouly’s statement on the sidelines of his recent visit to Dubai, to develop a plan to rationalize the use of its gas locally to export the largest amount of it to achieve a balance in the oil import bill.

From this standpoint, the European Commission proposed to the EU member states to sign an agreement with Cairo to import Israeli gas through Egypt. The deal will include liquefaction operations in treatment plants in Egypt before shipment to the European Union, provided that Europe expands its cooperation with Israel and Egypt in clean energy projects.

According to a source within the Egyptian Ministry of Petroleum, the draft agreement sets out the principles for enhanced cooperation between the three partners, but it does not specify the amount of gas the EU will import nor specify any delivery timetables. However, the shipments will include the use of Egypt’s LNG infrastructure.

The source says that the draft agreement indicates that the cooperation may last for 9 years, albeit with the possibility of extension.

According to a source in the Natural Gas Holding Company EGAS, Egypt’s infrastructure in the field of liquefaction of natural gas makes it a hub for receiving natural gas from neighboring countries, not only Israel, and liquefying it and then re-exporting it to Europe.

The source considered that the raging geopolitical crisis in Europe between the West and Russia will make Egypt, Algeria, Israel, Qatar, and some African countries a source of supplying the European continent with natural gas at the expense of Russia’s share that exports to the European Union about 155 billion cubic meters of gas, which represents about 40% of Union consumption.

The source indicated that Egypt is already cooperating with Tel Aviv, as it receives natural gas to be liquefied at the Idku and Damietta liquefaction stations for re-export. But the new agreement lays the foundations for cooperation between the three countries, Egypt, Israel and Cyprus, in transporting raw gas from Tel Aviv and Nicosia to Cairo. The latter will liquidate in preparation for re-exporting to European Union countries with shipping tankers across the Mediterranean to fill part of the gap that Russia will leave, or to diversify sources of supply for fear of a sudden cut off Russian gas.

According to an informed source, Egypt is expected to be a reliable alternative supplier to global markets, given the fluctuations in the current gas supply situation. He explained that the rapid growth in Egyptian natural gas supplies led to the transformation of Egypt from an importer to an exporter of natural gas, which prompted Egypt to seek to become a link for energy trade between the Middle East, Africa and Europe.

According to the source, Egypt succeeded in operating the Idku and Damietta complexes in the last period at their full capacity of 1.6 billion cubic feet per day, taking advantage of the surplus from local consumption and benefiting from the rise in prices in international markets.

It seems that Egypt intends to expand its gas liquefaction infrastructure, albeit with the help of others. Dr. Mostafa Madbouly stressed in statements during his visit to Dubai that Egypt has become a center for natural gas production and trade in the eastern Mediterranean.

“We have the infrastructure for liquefaction and gas transportation for our neighbors and the continent of Europe,” he said. We are also working with our Emirati brothers to expand in natural gas fields and transport and liquefaction networks”, he said.

According to the agreement with Cyprus and Israel, Egypt will receive daily raw gas worth more than 1.3 million euros to be liquefied and exported to Europe.

This will achieve many benefits for Egypt. Most importantly, it will benefit from the profits from liquefaction of gas on its territory, so that it will benefit directly as a manufacturing country, from the employment of Egyptian workers, and from the proceeds of exporting liquefied gas to Europe in hard currency, and then obtaining European political support for it in several issues.

According to Osama Kamal, the former Minister of Petroleum and Mineral Resources, the natural gas trade and export agreement signed by Egypt will bring economic and political benefits.

Kamal said that Egypt enters into such agreements, taking advantage of its infrastructure, through which it can export gas from its two liquefaction stations, depending on the gas available in neighboring countries that do not have an infrastructure for liquefaction.

He added that Egypt gains advantage from such a good economic position by benefiting from the liquefaction of gas exported from neighboring countries through liquefaction stations that the state shares ownership of, in addition to transit fees through the national gas network.

According to Kamal, such agreements achieve a good political position for Egypt through an influential role between some parties or countries in the Eastern Mediterranean that may witness some differences regarding political or even economic aspects, which may be related to gas, such as the current dispute over a concession area between Lebanon and Israel.

The former minister indicated the possibility of expanding the two stations in the shortest possible time if desired, with the necessary infrastructure for this expansion being already available.

Apparently, Egypt’s readiness was a major reason for the European Union rushing to conclude an agreement with it. Cairo may have achieved this agreement in light of the obstacles that hinder some other projects.

For example, Egypt faced an opportunity, given the obstacles that hit a gas pipeline project extending from Israel through Cyprus, Greece and Italy to Europe. That project was scheduled to cost 7.4 billion dollars and to provide 10 billion cubic meters of gas.

At the same time, Ankara is trying to conclude an agreement with Israel to extend a natural gas pipeline from Israel to Europe via Turkey, saving cost and gas arrival time. However, this project faced several important obstacles earlier, including the Israeli-Cypriot relations.

Cairo also benefited from the obstacles that Turkey’s gas exploration projects faced due to demarcation problems with Greece and Cyprus.

At the same time, the gas infrastructure in Algeria, the largest exporter of natural gas in Africa, needs modernization. This requires pumping new investments to develop reserves and increase production in order to meet the increasing demand.

Algeria also politicized the line that links it with Spain through Moroccan territory, against the background of its support for the Polisario Front.