What Europe should learn from the Gulf countries 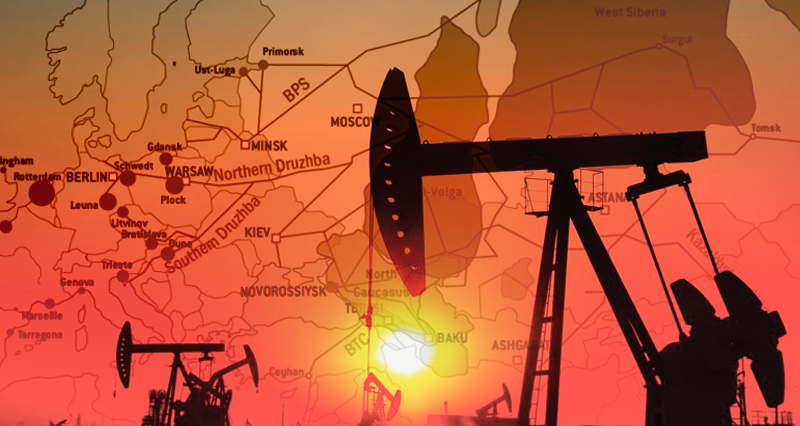 Despite being against international law and fundamental human rights, unilateral sanctions by the USA and Europe have now become common practice today. And the sanctions against Russia are not the first of their kind. Our region has experienced embargoes against Iran and even Iraq before.

These sanctions harm everyone

Let us give an example from the recent history of Turkey. Let us recall how the Kirkuk-Ceyhan Oil Pipeline was shut down due to the embargoes on Iraq. Turkey was exporting potatoes to Iraq, and in return, crude oil was flowing to Turkey. When the American sanctions came, the Turkish farmers’ potatoes got rotten on their field. And on top of that, the crude oil coming from Iraq was cut off, and this was reflected in gas prices. Turkey lost twice.

It is possible to find many similar examples all over this region.

The situation is no different in terms of embargoes on Iran. While Turkey has lost its opportunity to buy cheap energy from Iran, it still cannot benefit from the Iranian market, which is right on its doorstep, as much as it should, due to these sanctions.

A trap set by the US for Europe

Now the world is facing impositions of energy embargoes on Russia. These sanctions against Russia, one of the world’s leading oil and gas exporters, immediately affected the global energy markets and thus the global economy. You find yourself in a situation where you can’t escape this crisis, even if you do not participate in these sanctions.

It should also be noted that not only the oppressed and developing countries are hit by this crisis due to sanctions, but also the Western centers themselves. To put it simply, Europe has fallen into the trap set by the United States. The US does not desire a powerful Europe. Washington is against Europe progressing on a path of independence from US. The US is a tying the old continent to itself, while sabotaging Europe’s relations with Russia.

Europe’s leading industries are making statements and giving interviews one after another. “There is no alternative to Russian energy imports at the moment,” they say. You can hear this from the CEO of the Bosch Corporation, as well as from Austria’s chancellor. Those who talk about the shutdown of factories and the destruction of the global system with a domino effect are not conspiracy theorists but the masters of the Western system itself.

Everyday, more sign up to the list of those protesting sanctions. There is no need to count them name-by-name. Suffice to say that the ruling class of Europe is already aware of this danger. There is no one to be convinced. The question is only “Europe for Europe?” or “Europe for America?”

This is not a question to be overlooked. The USA itself does not comply with these sanctions imposed on Europe in the first place. And as a matter of fact, US are still trying to maintain its trade relations with Russia away from public eyes. They followed a similar tactic during the Iraq crisis. The trade carried out by the United States with Baghdad through Jordan had no limits. But when it comes to other nations: “It is prohibited!”

What does the US aim for?

Looking at the consequences of these sanctions, it would not be wrong to ask the following question: Does the United States aim to hit Russia or control Europe?

Let’s answer the first question with another question right away. Has Russia been stopped by these sanctions? On the contrary, the Russian ruble appreciated. Could a reactionary movement against Putin be provoked in Russia? No. The Russian public has managed to fully unite on this issue. All opposition parties, including the Communist Party of Russia, supported the government policy.

So, we can say that the sanctions have been ineffective in terms of Russia’s domestic politics. Well, if you couldn’t force Putin to back down, then what are these sanctions, which are just a pain on the world’s back, for?

The economic crisis in Europe

On one hand, it is certain that there was a miscalculation. The inflation experienced in the Western countries and the rising dissatisfaction of the public, are important indicators of this. We should also add the bill of the military aid to the Kiev regime to this ongoing rise in energy prices.

On the other hand, an ordinary European citizen pays more for gasoline, and allocates a large part of its tax money to the armament of neo-Nazi forces in Ukraine. Just imagine the tensions caused by the deprivation of the major European industries and the side-sectors that are bereft from the Russian energy resources.

Confessions of the Ukrainian Ambassador

When you look at the developing and oppressed countries in the world, you will see that the NATO and US are primarily held responsible for this crisis. This is not our own interpretation that we came up with. Ukrainian ambassador to Ankara, Vasyl Bodnar said on CNN Turk, on June 10th 2022, that the majority of the Turkish people blames the United States and NATO for this crisis.

There were those who held their heads high following the sanctions against Russia in the field of energy. Gulf Countries such as Saudi Arabia and the UAE did not bow down to US impositions. They even implemented their own scenarios on the basis of their own interests and managed to turn this crisis into an opportunity.

The attitudes of Riyadh and Abu Dhabi should be an example to Europe. It seems that the East no longer has things to learn from the West, but now the West has some stuff to learn from the East. This is especially true in terms of pursuing an independent foreign policy based on one’s own interests.

Let’s get our facts straight. Without bending or twisting it… Who really benefits from these sanctions, or who loses from it? It is certain that everyone, except the US, is losing badly.

Now the interests of humanity are common on this issue, perhaps more than ever before in human history. All that remains is to create appropriate solutions for it.