The summit of decline 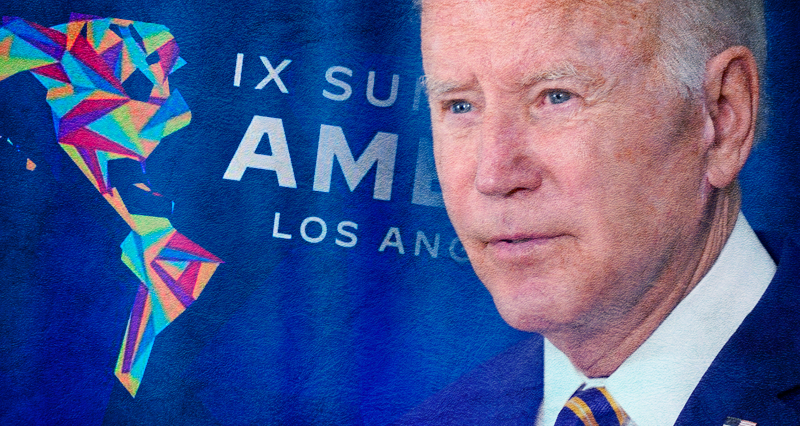 The United States of America have suffered unseen diplomatic defeats in the Summit of the Americas they hosted from June 6 to 10 in Los Angeles. A number of presidents refused to follow the US invitation. Others came and protested loudly. And during the summit, a number of states refused to support US proposed declarations.

The State Department had declared the target of the summit as “securing leader-level commitments and concrete actions that dramatically improve pandemic response and resilience, promote a green and equitable recovery, build strong and inclusive democracies, and address the root causes of irregular migration.”

Well, they failed big already as with the “leader-level”. The US was responsible war the list of participants, and despite protests ahead of the summit, they insisted to exclude Cuba, Nicaragua and Venezuela from the convention.

Upon that decision, the presidents of Mexico, Bolivia, El Salvador, Honduras, and Guatemala boycotted the summit. Mexico’s President Lopez Obrador called US policies of exclusion and sanctions “the old policy of interventionism, of a lack of respect for nations and their peoples”. He referred to the embargo against Cuba as “a type of genocide”.

In addition, US press reported that Brazilian President Bolsonaro only agreed to take part in the summit, when Biden has promised him a bilateral meeting – the first since Biden was elected.

And for the sake of keeping Bolsonaro on board, Biden had to swallow that the Brazilian president questioned his election victory publicly – two days before the meeting.

But the protests did not finish with the start of the summit. Argentine President Fernandez, who also holds the pro-tempore-presidency of the CELAC said:

Fernández questioned, “the global order” in which “the central world has set evidently inequitable financial rules” and referred to the blockade that Cuba has endured “for more than six decades as a result of the Cold War years.”

The Prime Minister of Belize and current president of Caricom, John Briceño, described Washington’s decision not to invite Venezuela and Cuba to the IX Summit of the Americas as “incomprehensible and unforgivable”.

And the Mexican Foreign Minister Marcelo Ebrard, who represented his country in place of his president, reiterated and deepened the criticism.

“It is incredible that, even now, we continue to see blockades, embargoes and sanctions -even during the pandemic- against countries in the Americas, that contradict international law and the goals that motivate us in the Americas.”

“Why don’t we restore an inter-American policy based on non-intervention and mutual benefit? That is what Mexico wishes to propose for your consideration,” he concluded.

The participation list was not the only topic of conflict. Indeed, what the United States had declared to be the centerpiece of the summit – a declaration on migration – turned out to be the biggest defeat: Only 20 of the 35 countries have signed the declaration.

Besides migration, cooperation in the health sector, partnership for economic prosperity, a future meeting of Americas mayors in 2023 were among what the US State Department calls the major “takeways”.

But what the US media has “taken away” from the summit was the acknowledgement of the US decline in the hemisphere.

William Neumann in the Atlantic calls the summit “a showcase of U.S. dysfunction and lowered ambition” with a planning that “was chaotic” and the Biden administration’s main economic initiative a “list of vague promises”.

Along the debates on the guest list, countering Chinese influence on the continent and the migration pact, the Time magazine stated that “the summit showed how weak the US is”.

“Snubs from key leaders at Summit of the Americas reveal Biden’s struggle to assert US leadership in its neighborhood”, titled the CNN with reference to the boycott of several presidents.

Michael Shifter and Bruno Binetti called  – already before the summit on June 3 – for “A Policy for a Post-American Latin America” in the Foreign Affairs. The lack of influence, the changing of times, the need to cooperate with China are among key points Washington has to acknowledge according to the authors – an “approach that acknowledges the limits of Washington’s influence”.

The reality of the multipolar world seems to have arrived finally in the  – lowered – ambitions of Washington as well, while Latin American countries look up north with a new self-confidence in the spirit of equality.