Maduro’s trip to “the new world” 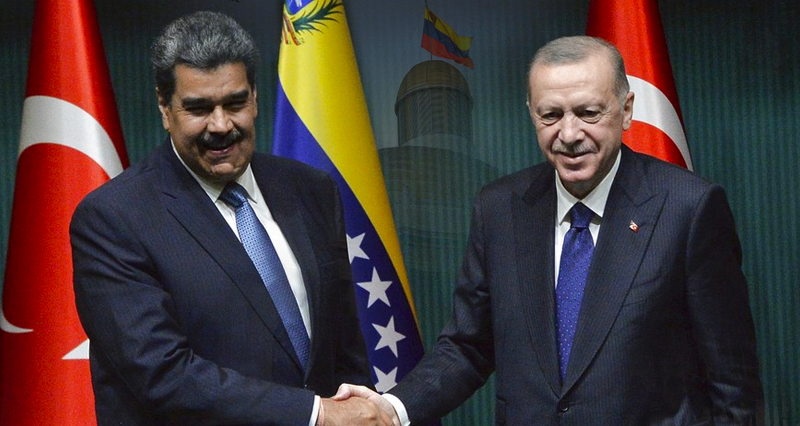 The President of the Bolivarian Republic of Venezuela, Nicolás Maduro has embarked to a trip to Eurasia on June 7. He made his first stop in Ankara, Turkey, meeting his counterpart, President Erdoğan in person for the first time since 4 years. Both presidents signed bilateral agreements on petrochemicals, mining, tourism, agriculture and finance in addition to 54 memorandums of understandings in various fields.

Concluding his visit in Turkey, Maduro has travelled on towards Algeria. United World International has reached out to Venezuelan parliamentarians for their comments on the bilateral relations and the importance of Eurasia from Venezuela’s perspective.

Ramón Lobo, deputy for the United Socialist Party of Venezuela (PSUV), former minister of economy and former head of the Central Bank:

“The future of the global economy is in Eurasia. The Eurasian countries have demonstrated that with the growth numbers they achieved even under the conditions of the pandemic. And Russia is proving that today as well with continuing its economic development despite all the sanctions and pressure it is exposed to.

Eurasian countries’ importance will increase even more when Lula da Silva wins elections in Brazil and revives the BRICS, which includes China, India and Russia, alongside South Africa. Venezuela is already preparing to reestablish commercial relations with Brazil.

Our relations with Turkey have always been excellent. Today, NATO is threatening Turkey. But Turkey has always moved forward, and this will happen again.”

Ángel Rodríguez, PSUV deputy, Chairman of the parliamentary commission on oil and energy:

Venezuela has a great potential

“This visit takes place in a time where the world goes through important changes. Some of these are related to rising oil prices, which in turn lead to increasing food prices.

Venezuela has here an incredible potential: We do no only have the world’s biggest oil reserves; we also have iron, steel and other offers.

On President Maduro’s visit to allied countries, these potentialities of Venezuela will be taken into consideration and evaluation. Besides that, the illegal sanctions of the United States, imposed on Venezuela, Cuba, Nicaragua and recently also Russia will be a topic of bilateral debate as well.”

“A trip to establish the humanist and multipolar world”

In my opinion, the trip of President Maduro is the continuation and further step of Commandante Chávez’ policy to establish a multipolar world. President Maduro has received the authority for this trip from the parliament and he will sign a series of important agreements.

These agreements reflect the content of the Bolivarian Revolution: to eliminate the unipolar and monocultural world relying on egoism and to found instead the multipolar world that is based on cooperation, collectivism, respect for national sovereignty – a world where humanism is brought back to humanity.  This trip serves that purpose.

And where important is that it takes place in a time where the sanctions against our country are step by step eliminated, which shows we are heading to further success and victory.”

Maduro travelled to Turkey instead of to the United States

“The United States organizes these days the Summit of the Americas in Los Angeles, but excludes Venezuela, Nicaragua and Cuba. Our countries’ governments have not been invited to the summit.

This US position has caused a great protest in Latin America. Mexican President López Obrador has cancelled his participation at the summit, as well as the Bolivian President Luiz Arce. CELAC president Alberto Fernandez, President of Argentina, has travelled to the US but protested against Washington’s position.

President Maduro’s travel to allied countries in Eurasia takes place after this stance of the United States. The visit aims to deepen the relations of alliance further.”

Both government and opposition is behind the this trip

As government and opposition, we are united behind these efforts that deepen economic cooperation and bring if further investments into our country. As politicians, we unite where the interests of our country are concerned.”