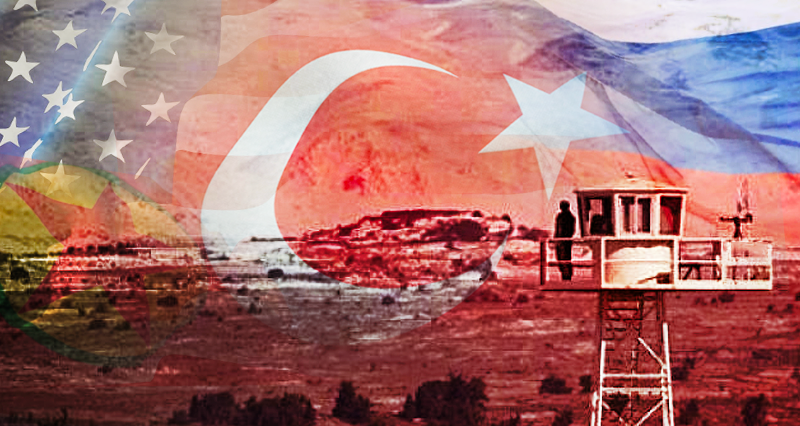 The Turkish Armed Forces are preparing for a military operation throughout Northern Syria, against the terrorist organizations PKK/YPG/PYD.

The Chairman of the Research Center on Terrorism and Counterterrorism of 21st Century Institution of Turkey, retired Col. Unal Atabay, has commented on CRITurk on the possible military operation. Atabay reminded that Turkey’s operation against the terror corridor that is planned to be established in Syria, was “far from complete”. He pointed out that the matter of military coordination during the operation to be carried out on Syrian territory might be on the agenda of the upcoming Erdogan-Putin meeting.

A memorandum was reached between Russia and Turkey in Sochi, and with the United States in Ankara. As a requirement of these memoranda, the PKK/YPG terrorist organizations were to be cleared out from an area of 30 kilometers along the Turkish border. However, these commitments have failed to be realized by both parties.

Atabay summarizes Ankara’s political goals in Syria under two headlines: “To eliminate the planned terror corridor, and to ensure the sovereignty and territorial integrity of Syria.”

Although this military operation prevents a terror corridor to be opened in the region, according to Atabay, it is not enough to solve the terrorism problem permanently. In this context, Atabay notes that even if the target of ’30-kilometer depth safe zone along the border’ is achieved, the terrorist threat will continue to exist beyond 30 kilometers from the border:

“The terror groups will be broken and weaken by this operation. However, when these elements simply retreat to the south of that corridor, just 30 kilometers inside, we will fail to eliminate these terrorist elements permanently. They simply retreat to another nesting region. There is still Ar-Raqqa, Deir ez-Zor, and the Syrian border regions with Iraq.”

How far will this go?

So, after the establishment of a safe zone 30 kilometers deep in the Turkish border, can there be possible further goals in Turkey’s plans? What will be the limit of depth to be covered? It is not possible to answer these questions today. However, according to Atabay, who thinks that the operational goals can be updated according to the developing situation, a new policy is needed for a definite solution:

“Turkey will carry out a military operation in several regions, and perhaps simultaneously, according to the situation. However, it is not enough to conduct a military operation only. In order to ensure a lasting stability and to find out a solution for the overall Syrian crisis, we need to look at the bigger picture.”

Atabay stated that the Iranian-Israeli cold war provided a free space for the PKK terrorist organisation in the Middle East, and the organisation has managed to find a living space for itself between the cracks of this proxy war between the countries of the region; “It is not possible to prevent the PKK from being used as a proxy force and the international support given to it, without changing the conditions in the region”.

“A new political climate is needed in the Middle East”

“We need to open a separate Russian dossier. We need to work on a model that will at least eliminate the US presence in this region. There is a huge need to create a political climate that would terminate the Iranian-Israeli cold war.”

Emphasizing that “it is necessary to take it outside of the usual parameters of regional politics”, Atabay stated that a new paradigm should be established on the geopolitical equations.

Noting that there is a Russo-American conflict in the Middle East geography and that China is not involved in the conflicts of this region, Atabay pointed out that some constructive scenarios can be worked out through Chinese-Iranian relations: