US’ arms and financial aid to Ukraine: A look at the controversies within the upcoming elections 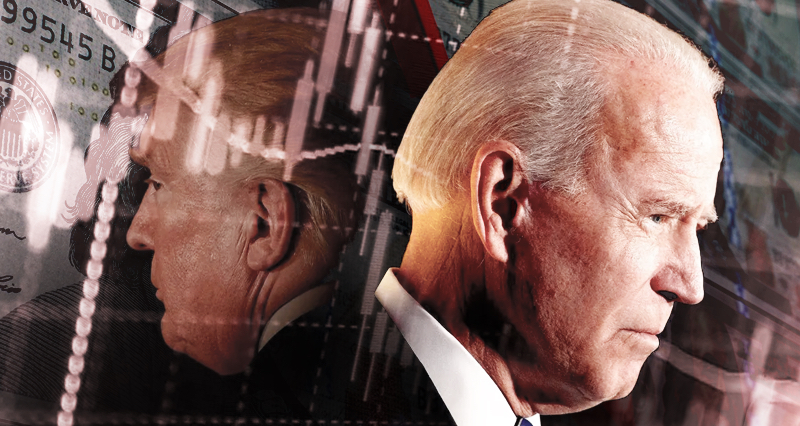 “According to the current political picture, the Republican Party and Donald Trump will win the election on November 8, 2022 in a big way. That’s why the American establishment has been trying to discredit Trump ever since he stepped out of the White House in 2020.”

The U.S. Senate approved nearly $40 billion in new aid for Ukraine on May 20 and shortly thereafter President Joe Biden signed into law. The funding is intended to support Ukraine through September. The Senate had passed an emergency measure that provided $13.6 billion aid to Ukraine earlier.

Earlier, Senator Rand Paul had refused the package, and the Senate was forced to postpone the legislation. Rand Paul is known for his opposition to U.S. interventions abroad. Paul justified his refulsal by saying that Ukraine will have received about $60 billion from the US since last year, an amount that exceeds the budget for the U.S. State Department and a level that could further stoke soaring inflation. “Inflation doesn’t come out of nowhere”, Paul declared on the Senate floor, “It comes out of deficit spending.”
Senator Rand Paul’s objection seems to be a continuation of criticism on the Biden administration’s foreign and economic policy, rather than an individual outburst.

We asked musician and writer Latif Bolat, who lives in the USA, about the background of the US public debate on aid to Ukraine and its possible effects on the election on November 8, 2022.

Looking at the big picture: the election on November 8, 2022

The U.S. Senate approved nearly $40 billion in new aid for Ukraine on May 20 with 86 ‘yes’ and 11 ‘no’ votes. Can we say that there is a serious objection from within the USA to Washington’s support for Ukraine and its actions against Russia? Or is Rand Paul’s objection rather an individual one?

To answer these questions and see the real situation, we need to see the big picture. On November 8, 2022, only 5 months from today, there will be a big election contest in the USA. This election will be one of the most important and life-changing elections of the USA and the world too. Even though it is not about a new President, this election can and will change the decision-making and legislation possibilities in a big way. Most of the Senate, as well as the House, will change character after this November. And according to the current political picture, Republican Party and Donald Trump, the nominal head of the Republicans, will win in a big way. That’s why the American establishment has been trying to discredit Trump ever since he stepped out of the White House in 2020. But their efforts, so far, cannot have a significant impact on Trump’s popularity. Therefore Trump is waiting for any failure of Biden to take advantage of the situation. Once the election takes place and the colour of the legislature in Washington DC changes, we will be witnessing very dramatic shifts in many important policies.

When we look at the 40 billion dollar support for Ukrainians from such perspective, we can appreciate the nature of election year politics on the Republicans’ side too. If we take a look at the Republicans, who voted ‘no’ to this law, we see that they are mostly Republican presidential contenders who will be running for 2024 Presidential elections. In fact, the main Republican supporter of this 40 billion Ukrainian help, Senate minority leader Mitch McConnel and Biden himself also emphasized these “next 5 months” as extremely important. During this 5 months, Ukraine will be able to sustain itself and fight back against Russia. So this argument also shows the November 8 Election date very clearly.  All the parties are investing for these upcoming elections obviously.

Republicans’ reasons for opposition: “Inflation surges to record highs and Americans are suffering from higher prices”

Regarding the opposition to this 40 billion support, the Heritage Foundation, a leading conservative Republican organization openly criticized the law and brought up the America First understanding that Trump had advocated for years. Immediately after the law passed, the Heritage Foundation declared the following statement against it:

“We want the U.S. government to support the people of Ukraine, help them repel Russians, and project American power in a way that sends a signal of strength and resolve to Moscow, Beijing, and our other global adversaries. It is hard to do so, however, when our leaders in Washington put forward proposals that spend billions of dollars we don’t have on things the American people don’t support. This is particularly salient at a time when Congress has failed to secure our own border, but is far too willing to spend tens of billions of dollars securing Ukraine’s borders.

So, what are the problems with this proposal? A quick look at both process and policy reveals some troubling answers. First, House leaders gave members only a few hours to review the proposal before voting. This should be a red flag to everyone that there are problematic proposals buried in this spending package that leadership didn’t want Americans to have time to find.

Second, even as inflation surges to record highs and Americans are suffering from higher prices on just about everything, Washington cannot seem to curb its addition to reckless spending that isn’t offset.

Third, while the bill contains important spending that will bolster Ukraine’s defenses, it also authorizes nearly a billion dollars in unlawful immigration benefits, and roughly $9 billion for things like funding Ukrainian government officials’ salaries and pensions.  If we truly want to help Ukraine achieve victory in its immediate crisis—and we should—our response should be focused squarely on that effort, not helping pay foreign bureaucrats’ retirement bills.”

US foreign policy: should it be nationalist or globalist?

There are many criticisms from politicians, intellectuals and journalists emphasizing that the US economy is going through very difficult times, especially the Biden administration has failed in the management of the pandemic process and in controlling inflation. Taking these into account, does this large amount of aid given to Ukraine provoke a backlash in the public opinion and politicians akin to Rand Paul’s words “We cannot save Ukraine by destroying the US economy”? Given Donald Trump’s close relationship with Putin, can we expect this to have an impact on the balance between Republicans and Democrats in the election?

Actually Rand Paul is not the only one who criticizes the 40 billion help package. In the political arena, especially in the Republican circles, there is a big uproar against the package.  However all the politicians and political parties now have to think about the November elections, they cannot take a clear stand against the package. That is why the approval numbers for the 40 billion help package was very high. Regardless, very significant political names in the Republican congress openly have made clear their disdain. For example one of the no-voting senators, Josh Hawley, criticized Biden for “misplacing America’s priorities” and made the following strong statements to the FOX news outlet:

“My biggest concern is that I don’t think this represents a nationalist foreign policy. I mean, it seems to me to be part of this unfocused globalism that unfortunately many in my party have embraced in the last couple of decades,” Hawley said.

“The amounts we’re talking about are astronomical. I think $40 billion would be about three times as much as Europe has contributed combined, all of the European states, for a war that’s happening on their continent,” the senator stated, saying he’s worried it will continue allowing Europe to “freeload.”

“I’m concerned that it shortchanges priorities here at home. We could build a border wall twice over with this amount of money,” Hawley continued, stating that the U.S. needs to be more focused on the threat that illegal immigration poses, rather than fuelling billions into a war and adding to our national debt.”

In the November 8, 2022 election, people might question the 40 billion dollars

At the public level, however, there doesn’t seem to be much uproar yet. This is due to the overwhelming public relations operation of the Biden administration to make the Ukraine the top American priority. For a population, still dealing with the Covid pandemic and increasing gun violence, whatever the reasons are, it might take some time to react to the 40 billion dollar gift to Ukraine. We think that in the coming days and months, this issue will be at the center of political debates at election-related political rallies across the United States. And the politicians who have passed this Ukraine aid will have to answer many questions to the millions of wondering and angry people. During the November 8, 2022 elections, this issue will be raised again and again when Americans state their poverty and insecurities.