A trap set against Turkey: the energy agreement with Israel 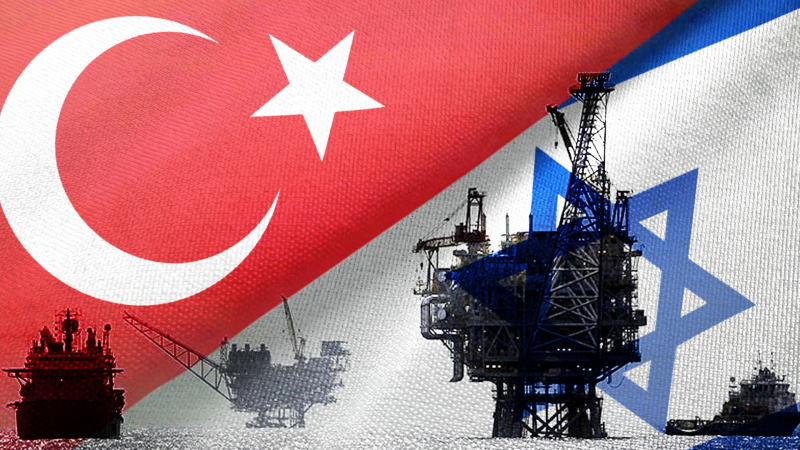 As the Ukraine crisis broke out, the plans for transporting the energy resources in the Eastern Mediterranean to Europe via Turkey, with Israel as the main hub, began to be heard among the political circles.

While Israel being persistent on the issue, some government and opposition circles in Turkey has also intensified their calls to implement this project.

National interests of Turkey and Israel

These plans are defended in Turkey around two main arguments;

2. If Ankara takes part in a joint project with Tel Aviv, this will also improve Ankara’s relations with the United States and therefore with the West as a whole.

Israel is bringing forward this project with similar arguments, and has been continously offering it to Turkey.

In his article titled “Turkish FM’s visit to Israel is a chance to unify politics-energy momentum” published in the Jerusalem Post on May 23, Michael Harari, former Israeli Ambassador to Cyprus  describes the “importance” of this energy project for Turkey as follows: “In terms of energy, Turkey’s desire for imported Israeli gas is completely understandable. (…) Generally, about half or more of its energy imports originate in Russia and its desire to diversify its supply sources is understandable. This is particularly germane given the war in Ukraine and the West’s efforts to wean itself from dependence on the Russian energy market.”

Harari also said that, “Israel can play a key role” in restoring Turkey’s relations with the countries in the region, as part of this project.

While evaluating Israel’s energy expansion towards Turkey, it is also worth remembering that, just before the implementation of this new project, the United States withdrew its support from the Israel-Gulf Countries-Egypt and Europe-centred East Med Pipeline Project, which isolated Turkey from the Eastern Mediterranean region.

It would be more appropriate to construe Israel’s energy moves towards Turkey, together with the new stance of the United States on the East Med project. At this point, we can make the following assessments that lie behind this US-Israeli project:

1. Embarking on such a project with Israel would disrupt cooperation with our neighbour, Iran, in the fields of trade, economy and military. And it will smooth the path for provocations that will set the countries against each other, in the Syrian region. Under circumstances where the Turkish Armed Forces are preparing for another military operation in the northern Syria and the refugee issue has become more sensitive than ever, a possible Turkish-Iranian tension poses a danger to “Turkish national interests.”

2. Russia, which uses the energy crisis almost as a weapon against Europe, will surely oppose such a project that will create a breathing space for Europe. It is also quite likely that the Russian-Israeli crisis, which has deepened in recent years to a point of using the Russian S-300 SAM systems against the Israeli aircrafts in the airspaces over Syria, is a factor that lies underneath this project as well. Therefore, the plans to transport the Israeli gas to Europe through Turkey, will also adversely affect the delicate Turkish-Russian relations.

3. And with this project, Turkey will also provide, with its own hands, a relief to the economies of Europe and those who threaten its national interests.

4. Israel, which supports the establishment of a terrorist state, under the name of “Kurdistan” in northern Syria and Iraq, will become Turkey’s energy partner with this project.

5. The perception of “Turkey the protector” on the streets of Arab countries, will take a major blow with this rapprochement move towards Israel.

In short, with this project, the US-Israeli camp aims to crush the Turkey-Russia-Iran tripartite axis and in the meantime, strengthen Europe’s hand against Russia, thereby deepening the Ukrainian crisis.

The postponement of the visit of the Energy and Natural Resources Minister, Fatih Donmez, who planned to visit Israel with the Foreign Minister, Mevlut Cavusoglu, indicates that Ankara has not yet made a final decision on this project.

At this point, it would also be wrong to put all the responsibility on Ankara’s back. Russia and Iran taking steps towards Turkey in the field of energy, will improve the cooperations between these countries, as well as hindering such traps set by the US-Israeli camp.

And as a final note, let us also add the indifference of the Turkish media on this issue, and ask: Are Professor Yalcin Kucuk words, “Israel has a stronger extension in Turkey, than Israel has on itself” still valid?