Venezuela’s economy is expected to grow by 20% 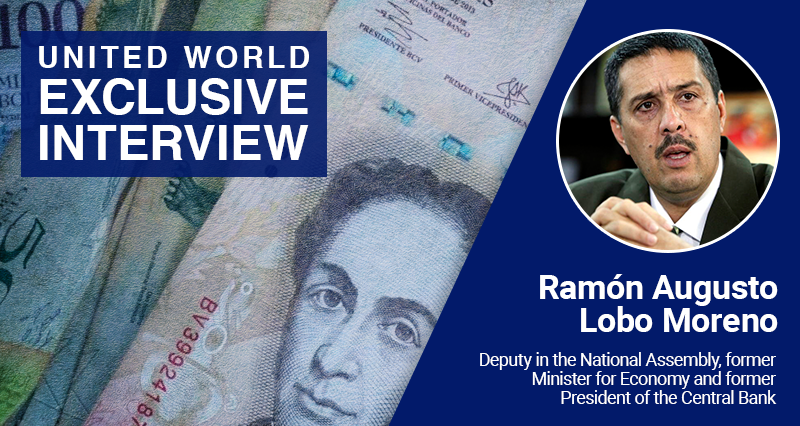 International news are dominated by crisis scenarios, from security situacions over the economic development to the food supplies. A huge global crisis, including increasing inflation numbers are present everywhere – with an exception: The Bolivarian Republic of Venezuela. Venezuela has passed through years of actually hyperinflation and a sanctions regime, and today is more calling attention with cautious optimistic news.

The views of Ramon Lobo, former Minister of Economy and President of the Central Bank, and currently Member of the National Assembly, where he is the in the Commission for Finance, reflect that optimisim.

We spoke to Lobo in the Venezuelan National Assembly building in Caracas, Venezuela.

The purchasing power is an important issue. How is the perspective in regard to salaries and savings for the next year?

Our financial situation is in a much better shape then 1 or 2 years ago. This was achieved thanks to important work of the executive branch of the government in regard of the sanctions. We have gained a lot of experience in how to cope with sanctions, how to sell our oil, how to triangulate the sales and so on. Remember, just last year, they were still robbing the vessels heading to Venezuela.

We have gained so much experience that those forces, who had promoted these unilateral measures, have assumed another position today. They saw both – the changing international context and the fact they could not kneel down the Venezuelan people.

Now, with the domestic financial situation getting better day by day, we were able to introduce an important salary increase just two months ago. This was the first increase since months, and thus, very important.

Recently, the President has approved a new social reassessment, concerning the people that retired between January 2018 and May 2022. In 2018, we had an inflation of approximately 130 thousand percent. In 2019, the inflation rate got close to 10 thousand percent, in 2020, 3.000%. In the last year, we were able to decrease the rate to around 650 %. This is still a very high number, but have been able to lower the rate year by year.

And this is part of the economic warfare against Venezuela, a wound in our country’s economy that we are trying to heal now.

The development is also reflected in the exchange rates and the GDP growth, with the latter leading to more tax income.

Do you plan the issue of papers or shares to achieve income of resources in this year?

Look, we of course do want this. But from 2017 on, the access of PdVSA and Venezuela to financial markets was prohibited. Therefore, we have currently open debt resulting from previously issued papers. Our government already stated its will pay this debt, but we no means and no ways to pay it, because all the resources go through the SWIFT system. And all our assets, around 7 billion dollars, are frozen in US and European banks.

So, if we get a chance to issue bonds, we will do that. Besides, Venezuela is the country with the biggest growth expectation in Latin America, according to international agencies. They expect the continent’s GDP to grow by 3.5 %, and us by approximately by 20%.

And how is the situation of the Bolivar, the national currency?

Look, we have achieved stability in the exchange rate since seven months. The exchange rate had been our most important and most attacked instrument in the past, causing great imbalances in the payments. And the worsening of the exchange rate, also fuelled by speculative attacks, has also contributed to hyperinflation.

But now, there is stability in the exchange rate. The people are starting to have confidence again in the Bolivar, which we need to keep on supporting so that the people use the national currency.

And the recovery is already perceived on the streets. The people are demanding more and more the national currency on the streets, instead of foreign currencies.

And then there is the factor of the digital Bolivar.

Yes, we have been using the digital currency of Bolivar already for a long time. It serves well to fulfill all kinds of transactions, and has started to become establishment as a common means of payment in the country, for instance in the telecommunication sector.

We had some problems with the actualization of the technical infrastructure due to the embargo, but these have been solved and digital money is back up again.

Actually, this is a global phenomenon: all countries are going through a similar process, where the paper and coin currency is slowly disappearing, substituted by digital currencies.

Returning to the sanctions: if these are completely or partially lifted, then there will be a huge inflow of income to the country. You are in the commission of finances, what is your expectation and policy for such a situation?

We will advance in the recovery of the productive apparatus any way, no matter what happens with the sanctions. If the sanctions are lifted, we will grow faster, that is all.

On the other hand, the US company Chevron has already manifested its will to invest in Venezuela in order to increase the oil production. If we succeed to get foreign investment step by step, this will help us to reactivate our production capacity.

The recently announced growth numbers were already pretty high. Did they surprise you, would you say there is a “Venezuelan Economic Miracle” going on?

I think, more than an economic miracle, it is a miracle of the Venezuelan society, I would say. Because our society has resisted an incomparable pressure. We were practically isolated on our own continent. And remember, before that, we had gone through a successful process of integration, which had introduced the ALBA, the CELAC, the UNASUR, the membership into the Mercosur, we suddenly practically left alone.

Except for the support of Cuba, Nicaragua and Bolivia for a certain time, till there was a coup in La Paz, we were alone. They had established the Group of Lima to topple down the government here, and the major power here on the continent was threatening every company, which had a foot in Venezuela, with being targeted by sanctions or penalties.

We have gone through such a time, with incredibly high numbers of inflation…More than miracle of economy, I consider this a miracle of resistance by the Venezuelan people.

And now we are getting on the counteroffensive to recover the life standard that the people has gained through the Bolivarian Revolution.