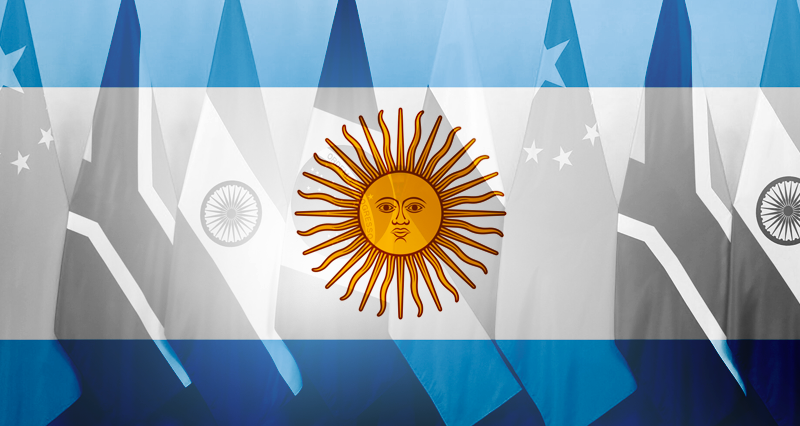 The words of Turkey’s second President İsmet İnönü, one of the leaders of our War of Independence, “A new world will be established, and Turkey will take its place there” have become an apothegm. Behind İnönü’s sentence, there is a realistic foresight: “One day, this defense system of the West will collapse!”

The relevant part of İsmet İnönü’s statement for the Time magazine is as follows: “If this unfair situation in Cyprus continues, the allies abandon us, NATO does not stand by us, lack of comprehension prevails, the Turkish minority is crushed, and if this continues; one day, this defense system of the West will be collapsed, a new world, with a new system, will be established under new circumstances and Turkey will take its place in this new world.” (1)

İnönü’s foresight comes true. The West’s security structure is falling apart. Turkey has officially vetoed the NATO membership of Sweden and Finland. We’ll see how functional the veto weapon will be. However, the need for Turkey to follow a holistic policy against NATO aggression imposed itself.

It will be effective when Turkey responds to the Western encirclement by strengthening its relationship with the Syrian administration and launching a cleansing operation against the PKK and ISIS. These conditions exist. Because a new world is being established!

Argentina’s move that will change the global balances

In this article, we take a closer look at a very important development in South America, which the US considers as its backyard. A very important news analysis was published on the “Multipolarista” website, directed by our journalist friend Benjamin Norton from the USA.

“China invited Argentina to participate in the 2022 summits of the BRICS. Argentina’s ambassador said this is a step towards an ‘official entry’ into the grouping that an alternative to the US-dominated financial system.” (2)

The BRICS which was established by developing countries as an alternative to the US-dominated financial architecture, consists of Brazil, Russia, India, China and South Africa, Chinese President Xi Jinping sent a special invitation to Argentina to attend the BRICS summits to be held in Beijing this year, and Buenos Aires accepted China’s offer.

Argentina’s Ambassador of Beijing Sabino Vaca Narvaja, said the invitation was “extremely important” and constituted a step towards “official entry” into the BRICS. Vaca Narvaja told Argentina’s official news agency Team that “It is the only Latin American country that has ever been officially invited.” With Argentina’s participation, 63% of South America’s total area will be included in the BRICS.

BRICS is holding a meeting of foreign ministers on May 20 and a summit of heads of state in a virtual environment on June 24. Argentine President Alberto Fernández will attend the summit.

Actually, Argentina’s participation in the BRICS is not on the agenda for the first time. In early 2014, India called for Argentina to join the alliance. That year Russia, which was host of the summit, invited Argentina.

Now it is the end of the process: When Argentina joined, it will be called BRICSA.

Argentina seeks an alternative to IMF

At the heart of the BRICS, there are the New Development Bank, an alternative to the World Bank, and the “Contingent Reserve Arrangement,” which rivals the US-dominated International Monetary Fund (IMF). Argentina got into debt of $44.5 billion from the IMF. It was looking for alternatives to get rid of this overwhelming burden. BRICS members determined earlier that Argentina would join the New Development Bank in this year. Now the final step is taken. Argentina is joining the BRICS.

In February 2022, Argentine President Alberto Fernández made a historic trip to China and Russia. During his meeting with President Xi, Fernández formally informed that his country wanted to join the BRICS.

Also in Moscow, Fernández declared; “I’m sure that Argentina needs to stop being so dependent on the IMF and the US and open into somewhere else, and it seems to me that Russia has a very significant place”.

Fernández signed an agreement that formally included Argentina in the Belt and Road Initiative during his visit to Beijing.

The foreign policy of Argentina’s centrist government led by Alberto Fernández is full of contradictions just like the AK Party government. While Argentina was trying to strengthen its relations with China and Russia, it was cautious not to upset the USA. Indeed, it followed the United States in voting to remove Russia from the UN Human Rights Council. But these zigzags showed that the only solution is to enhance the Eurasian option in Argentina’s struggle to preserve its sovereignty and national integrity.

With the coming to power of Jair Bolsonaro in Brazil and Narendra Modi in India, there has been a relative decline in the influence of the BRICS. However, Lula da Silva, who is the former president of Brazil, and one of the founders of BRICS promised to strengthen the BRICS when he won the elections of October 2022. The polls show that Lula will win the presidential election by far.

Lula’s former foreign minister, Celso Amorim, said that Brazil, under Lula’s leadership, would strongly support Argentina’s accession to the BRICS and was “very important” for the region. (3)

Argentina has the third-largest economy in Latin America after Brazil and Mexico. Mexico is also considered a potential member of the BRICS. Nevertheless, Mexico’s participation was delayed by reason of it was already part of the Western-led Organization for Economic Co-operation and Development, the OECD.

With Argentina’s inclusion, it would be incontrovertible to predict that also Mexico will soon join the newly renamed BRICSA.

It started with the New Development Bank

Brazil’s Economy Minister Paulo Guedes has invited Argentina to join the New Development Bank as the bank of the BRICS. Argentina officially applied and was accepted in the first days of April. BRICS was established in Shanghai in 2014. The BRICS New Development Bank has extended a  US$ 15 billion long-term loan to strengthen the BRICS economies against the COVID-19 pandemic. China is the second-largest trading partner of Argentina. The trading volume between the two countries reached $20 billion in 2021. The drought-resistant soybean developed by Argentina is one of the hot topics of deep cooperation between China and Argentina.

China is building Argentina’s 4th nuclear power plant. It provided a loan with an eight-year grace period. It will also make the payment with electricity. Chinese companies are building gas pipelines in Argentina and two large dams on the Santa Cruz River. The Cerro Arauco wind farm and the Cauchari solar farm are the largest in South America. The construction of two major railway lines connecting the country from east to west and from south to north continues with Chinese financing and Chinese technology. (4)

At the end of 2001, Goldman Sachs research made a huge impact, saying that Brazil, China, India, and Russia could rank among the world’s most important economies by 2050. Just two years later, a new study determined that all four economies will be large in the overall economy of the G7 countries within 40 years. Continuing developments since then, confirm the 2001 estimates.

BRICSA has a total area of 42,512,890 square kilometers and a total population of about 3.6 billion people. In other words, it covers about 30% of the world’s land surface and is home to 42% of the world’s population. According to 2021 data, the total gross national product of the five countries was 24 trillion 142 billion 39 million USD. That’s more than the total of the so-called “two most advanced economies”, the United States and Germany.

Since 2009, the governments of the BRICS countries have met annually at official summits. Lastly, India hosted the 13th BRICS summit virtually on September 9, 2021.  On 14 June 2022, the 14th Summit will be held in China, hosted by Xi Jinping.

BRICS as one of the creators of the multipolar world

The first BRIC summit was held on June 16, 2009, in Yekaterinburg, Russia. At the end of the meeting, the call for establishing multipolar world order and the reform of the global financial system was published. Since then, the group has taken steps to increase political cooperation by holding annual summits as well as several meetings between development banks, statistical institutes and ministries of health at national level.

At the second summit held in Brazil on 15 – 16 April 2010, the group made a series of suggestions for the democratization of the voting system in the World Bank and the reform of the International Monetary Fund IMF. In order to facilitate the financing of the projects, it was decided to cooperate among the members. The development banks of each of the BRICS countries promised to cooperate in creating new ways to promote granting loan between them.

At the third summit, held in Sanya, China, on 14 April 2011, the group gathered for its work on making the G20 the main management mechanism of the world economy and reform in the international financial system. The BRICS also published a document, criticizing the military operations launched in Libya and defending the goal of establishing a dialogue to resolve stalemates and conflicts. With the admission of South Africa as a full member in 2011, the group’s name was changed to BRICS.

After the summit in 2015, on Russia’s proposal, in October, the first summit of the Communications Ministers was held in Moscow. Host minister Nikolai Nikiforov suggested for establishing close cooperation between the information technology sectors and joint action to challenge the US monopoly. Since 2012, it has been planning a fiber optic submarine communication cable system, known as “BRICS Cable”, to enable telecommunication transmission between BRICS countries. Thus, it is intended to prevent the US National Security Agency from spying on all electronic communications.

In August 2019, the communication ministers of the BRICS countries signed a letter of intent in order to cooperate in the Information and Communication Technologies sector.

Collaborations of BRICS are developing multi-faceted and a wide range of collaborations not only in the field of finance and communication, but also in science and technology, environmental protection, and the prevention of the climate crisis.

The conditions are extremely convenient for Turkey. It is imperative that Turkey, one of the heralds of the Asian age with the Kemalist revolution led by Atatürk, must take a leading part in the establishment of the new world. In order to take further steps toward independence, it has been sustaining since 2014, Turkey must be active in the institutions of the new world. With Argentina’s accession, BRICS will play a key role in the struggle to create a more just world. It will be very beneficial for Turkey to join BRICS in order to get the respectable position it deserves in the world.

3 responses to “Argentina joins the BRICS!”