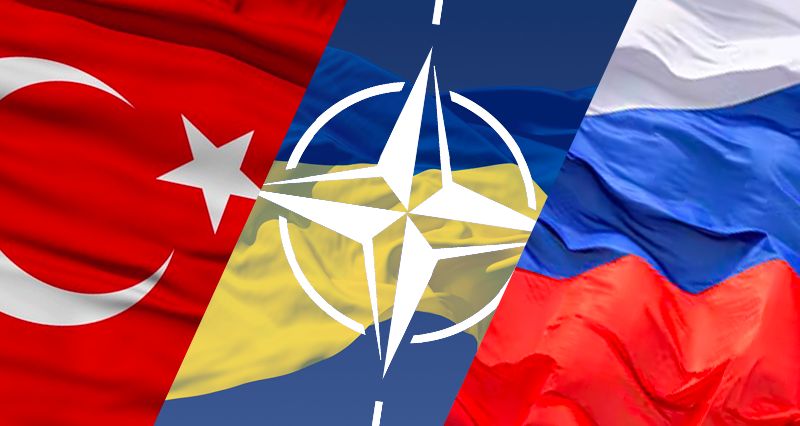 The possibility of Finland and Sweden’s NATO membership brought the ties between the West and Russia to the point of rupture.

Commenting on the subject, Turkish President Recep Tayyip Erdogan stated that Turkey did not look favorably on the NATO memberships of Sweden and Finland.

Continuing its expansion towards Russian territory, NATO’s agenda includes the participation of Sweden and Finland in the alliance.

Turkey has been a member of NATO since 1952. Its President Recep Tayyip Erdogan stated that Sweden and Finland had supported terrorist organizations and for that reason, his country was against the NATO membership of these two countries.

During the Ukraine crisis, which keeps escalating between the West and Russia, this statement from Turkey has a great importance.

“Sweden and Finland’s NATO membership is a US plan”

Guzaltan drew attention to the “security guarantees” given by the US regarding the NATO membership of Sweden and Finland, and noted; “The plan for these countries to join NATO is part of the US plans to completely cut Europe off from Russia. The United States is forcing Europe into an all-out war against Russia.”

Reminding that despite the pressure of the US and the media, there were voices in Europe against the plans of the US, Guzaltan said: “Some of the politicians in Europe are aware that it is not possible to ensure their security by facing Russia. Tension with Russia will lead to the destruction of Europe in the medium term, especially in the energy field. Politicians who are aware of this situation oppose enlargement.”

“Turkey needs to use its veto right”

Stating that Turkey, a NATO member, should veto the applications of Finland and Sweden, Güzaltan stated that Ankara’s national interests require it to act by considering its relations with Russia.

Guzaltan made the following evaluations on the subject: “Turkey and Russia have deep relations in areas such as energy, military technology, security, economy and tourism. Turkey has shown its stance on this issue by not participating in the sanctions against Russia.

Regarding the membership of Finland and Sweden, Turkey can be expected to vote against it or remain neutral.”

Otherwise, Turkish-Russian relations could be damaged, Guzaltan said; “Relations with Russia are important for Turkey. Beyond just bilateral relations, there are mutual interactions in Syria, Libya and the Eastern Mediterranean. Turkish-Russian cooperation in these fields is in favour of both countries. In brief, Turkey’s national interests require vetoing the NATO membership of Sweden and Finland.

“Russia was not affected as much as expected by the sanctions”

Guzaltan, who is continuing his studies in Moscow now, also evaluated the effects of Western sanctions on daily life in Russia; “The Russian ruble is in even better shape than it was before the beginning of the Ukrainian crisis. Daily and economic life in Moscow is proceeding in its usual course. Contrary to the news in the western press, there is no food crisis in the markets in any way.“

Guzaltan pointed out that the US, which could not achieve what it wanted with sanctions, could engage in new provocations; “The United States continues its provocations through the enlargement of NATO. Russia does not want the crisis to be spread, to go beyond the borders of Ukraine. However, in the upcoming period, it seems likely that the US will engage in new provocations, especially in Poland and Moldova, as well as in Sweden and Finland. The situation may become dangerous.”

Guzaltan added that if the European countries follow the policies of the USA, Europe may fall into a much deeper “energy and economic crisis” than it is experiencing today.