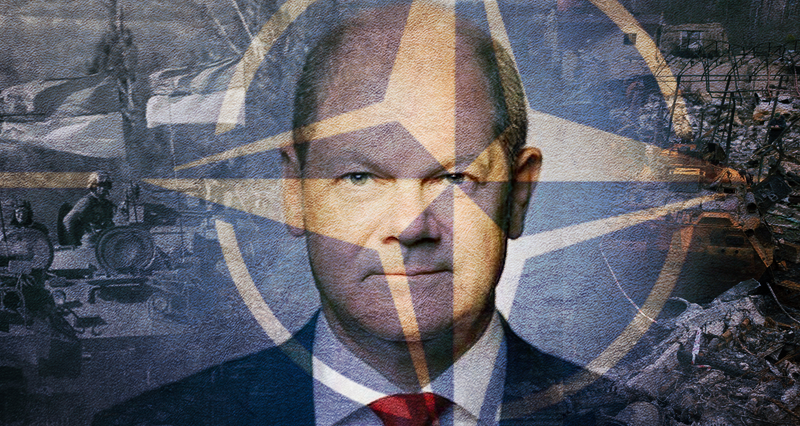 On February 27, 2022, three days after the eruption of conflict in Ukraine, German Chancellor Olaf Scholz delivered a policy statement in the German Parliament. He said “We are living through a watershed era. And that means that the world afterwards will no longer be the same as the world before”.

In the Western world, Germany was considered to be one of the countries with the closest relation to Russia. Within the Normandy format, it searched for a solution for the Ukraine conflict together with Russia, Ukraine and France, diplomatically excluding the US. Germany was Russia’s main trading partner in Europe, and the completion of Nord Stream 2 pipeline in 2021 was to deepen energy bilateral ties even further.

But now, the German chancellor pledges to “secure our freedom, our democracy and our prosperity” against a “warmonger Putin” who wants to “turn back the clock to the nineteenth century and the age of the great powers” and “wants to build a Russian empire”. Chancellor for the social democrat party SPD, Olaf Scholz announces that peace in Europe shall from now on not established and kept in cooperation with but in the struggle against Russia, as some argue. In other words, peace is established when Russia is defeated.

The Chancellor announces to the parliament in 5 points how to do this.

– Imposing a sanctions regime on Russia “to divert Putin from the path of war”.

– Strengthening Germany’s role in NATO, by deploying more troops and forces to Lithuania, Romania, Slovakia as well as the Nordic and Baltic Seas.

– Announcing a two-fold “national undertaking”: ensuring an additional defense budget of 100 billion Euro, paving the way for the import of Heron drone from Israel while opening the path to the production of the Eurodrone, further development of European fighter jet while announcing the purchase of US F-35s, ensuring in future to spend 2% of German GDP on defense, as US President Trump had demanded so rigorously and former Chancellor Merkel had promised to do. And as the second pillar, to reduce “import dependency from individual suppliers”, with the construction of 2 terminals for import of (US-) LNG gas.

– And a “turn in our foreign policy”, where dialogue with Russia will be limited.

Scholz’ speech received great ovations from Transatlanticists. Wolfgang Ischinger, Chairman of the infamous Munich Security Conference, called in the Economist the speech “dramatic, even historic”, commenting that “Germany had entered a new era”. He emphasized that Scholz had given up years of “policy of restraint”. Rachel Rizzo says in the Atlantic Council “Transatlanticists have reacted in collective awe at these announcements”.

“Scholz sleepwalked into the crisis, seemingly never thinking it would actually happen, but has now brought about Germany’s most significant U-turn since 1989,” said Peter Wittig, a former German ambassador to the United States speaking to the Washington Post, referring to the fall of the Berlin Wall. “The chancellor said, ‘Germany needs hard power.’”

On March 19, the Economist commented “a new, more assertive Germany is just what Europe needs to help it face down the menace in Moscow”.

But a month later, the same Economist turned up disappointed of the German Chancellor, titling “The reticent Mr. Scholz”. The warmongering organ of international finance capital criticized the German Chancellor for “refusing to support calls for German embargo on Russian oil and gas”, for “refusing to Ukraine heavy weapons”, and for “neglecting to win hearts and minds” in Germany. He should “tirelessly communicate the need to break with old policies on Russia” demanded the magazine, and concluded “the reticent Mr. Scholz will have to change”.

Indeed, Germany first refused to sent tanks to Ukraine, with an official from the Defense Ministry calling the demand “not feasible”.

On April 26, the German Federal government finally announced the approval for the delivery of 50 Gepard tanks to Ukraine.

The delivery happened after Scholz was fiercely and openly criticized by members of his governing traffic lights coalition. Marie-Agnes Strack-Zimmermann, liberal FDP’s Chairman of the parliamentary commission for defense demanded from Scholz to make a concrete announcement for delivery, saying “we simply don’t have time for discussions”.

While Scholz was hesitating, his own Foreign Minister, Annalena Baerbock (the Greens) was demanding their “immediate delivery” publicly.

Strack-Zimmermann continued her critics on Scholz by stating in German TV Channel ZDF that “those who do not want to play their role accordingly, are possibly at the wrong place at the wrong time”. She later reconfirmed her support for the coalition of SPD, The Greens and FDP – without mentioning the Chancellor.

Referring to differences in the Ukraine and Russia politics as well as other branches, the daily newspaper TAZ observes already a deep crisis in the coalition.

Next crisis: travels to Kyiv

Another crisis erupted when members of the coalition government travelled to Kyiv. Scholz qualified this trip as “war tourism”. Among the participants was Strack-Zimmermann, as well as Anton Hofreiter, a Green member of European Parliament frequently criticizing Scholz for being “too hesitant”.

Ukraine’s ambassador in Germany meanwhile had rejected a visit of Germany’s President Steinmeier to Kyiv publicly due to the politicians former position of cooperation with Russia and his role in the Normandy Format.

Scholz then refused to visit Ukraine due to the rejection of Steinmeier. Ukraine’s ambassador to Germany, Andriy Melnyk, said in response that Scholz was “playing an offended liverwurst.”

But the German Chancellor retirated his critisim on Ukraine’s decision, calling the rejection of Stenmeier’s visit “a problem for the German government and also the German people.”

Similarly, Scholz had warned against an “escalation with a nuclear super power” end of April in an interview. In the same interview, he declared that the potential of delivering weapons to Ukraine was “widely finished”.

Despite his turning-point-speech end of February, the German Chancellor Olaf Scholz’s steps in escalating the conflict with Russia do not go far enough for the Transatlanticists. Further crisis in the coalition with increased questioning of the Chancellor by his partners is to be expected.

The situation somewhat reminds of British PM Boris Johnson. Though currently a hawk in the Ukraine conflict, his own allies remind him of his past cooperation with Russian politicians – and demand an even more hawkish stance.

It remains to be seen how far the war coalitions in the West will survive the Ukraine conflict.