“Should the US try to pull Sweden and Finland into NATO, it will face a diplomatic battle with 15-20 national parliaments” 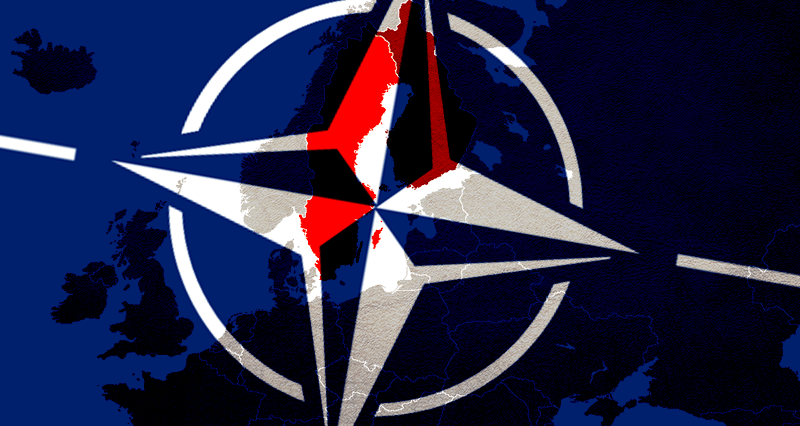 “By publicly and openly blaming NATO countries for not wanting to achieve a peaceful solution in the Ukraine crisis, the Turkish Foreign Minister has taken a diplomatic step further in mediation efforts”, said United World International expert Yunus Soner in an interview with Russia Today TV. He also commented on efforts to include Sweden and Finland into NATO.

Below we present the interview as aired by RT. As the international media organization is still censored by social media platforms, we can not share a link to watch the entire video.

Turkish Foreign Minister Mevlüt Çavuşoğlu said that some NATO countries were not interested in achieving a peaceful solution in Ukraine. Quite a damming revelation of the Foreign Minister regarding some of its country’s allies. What do you make of the timing of his statements?

His statements do not come as a surprise. This has been Turkey’s position since the conflict has erupted. Turkey has been very active in trying to mediate and bring the Ukrainian and Russian sides to the table in order to seek a peaceful solution to the conflict.

What the Foreign Minister does is here is to take a step further in these efforts of mediation by publicly and openly blaming NATO countries for not wanting to achieve a peaceful solution. This is a diplomatic step further on Turkey’s side towards rejecting this NATO-fueled conflict.

What do you think that Turkey is trying to gain by making such revelations about its NATO allies?

Turkey’s interests are very harmed by this conflict fueled by NATO expansion. It’s interests in the energy trade, in the tourism sector are very damaged. There is also great damage in the construction sector, where Turkey has profound cooperation with Russian partners. And in general, Western imposed sanctions on the banking system make bilateral trade quite difficult. In summary, Turkey is harmed economically.

Turkey’s relations with Russia in Southern Caucasus, Syria and Libya become “prone to US provocations”

Beyond that, Turkey has found a modus vivendi with Russia in different theaters such as Libya, Syria and the Southern Caucasus, where a regional cooperation is emerging. But due to the conflict, all these areas, all these theaters are prone to US-led provocations, which might cause further tension between Turkey and Russia.

Therefore, the Turkish position is very understandable and it is taking care of first of all Turkey’s economic interest in continuing cooperation with Russia, and secondly, it is taking care of Turkey’s security interests in the wider region. That is I think why the Turkish government insists on finding a peaceful solution to and achieving a ceasefire in the Ukraine crisis.

Some Western politicians openly said the conflict in Ukraine is a proxy war against Russia. What do you think the US and its allies are trying to achieve there?

This is the purpose they use the Ukraine conflict for, and the reason why they fuel it to continue. Their aim is to reestablish their control over Europe and over Eurasia by using the NATO.

Sweden and Finland in the NATO would further escalate “global instability”

Some experts also said that the accession of Sweden and Finland into NATO would only undermine the security of Europe. What is your take on that?

That’s true. First of all, they speak of a very soon happening accession of Sweden and Finland to NATO, actually taking place in June. This is not very probable, because all 30 members of NATO have to accept and ratify Sweden and Finland’s NATO membership. And these 30 countries have to do that in their own national parliaments.

30 different parliaments have to ratify these two countries’ membership, which is difficult to achieve. And should the US and countries like Britain and Poland push on that, they will have a diplomatic battle against approximately 15 to 20 national parliaments within the NATO. A process that usually takes up to two years.

Secondly, there has already been a rapprochement between Sweden and Finland on one side and the NATO on the other.  Sweden for instance has been part of NATO missions in Afghanistan, Kosovo with the KFOR, and also in Iraq. Additionally, there is a so-called Interoperability Initiative between NATO and these countries.

Still, including them into NATO turns them into a battleground against what I have called the Eurasian continent. And this is reason for huge instability for them, because this happens on the background of a developing global economic crisis, worldwide rising inflation, food shortages, fuel shortages and so on.

Therefore, there is already a worldwide instability that would be further fueled by pulling Sweden and Finland into NATO.